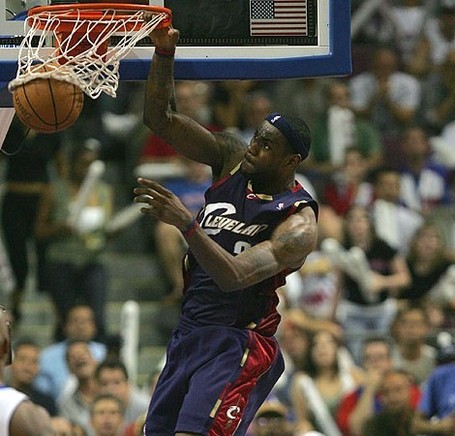 I was living in Gainesville at the time.  Brotha E and I had ventured out to our local pool hall to toss back a few, delicious, bourbon cocktails and watch the NBA Playoffs.  The year was 2007; it was the last day of May.

That was the night when even the non-believers looked on in awe.

LeBron James had scored his team’s final 25 points, and 29 of its last 30, beginning with two minutes left in regulation and into both overtimes.  The Cavaliers emerged victorious.  LeBron finished with 48 points.  Jaws dropped nationwide.  We had our next Michael.

A lot has happened to LeBron since then, including three MVP awards, two Finals losses and one rather unpopular decision, ramping up criticism to all-time highs and leaving basketball fans wondering where that man had disappeared to.

Perhaps, we were spoiled.  Perhaps he set the bar a little too high, but we all know what we saw that night.  We don’t expect him to do that every time out, but we do expect conviction, consistency.

We got it Thursday night.  LeBron James gave us perhaps the greatest individual performance we’ve seen in an important game since that night in Auburn Hills. 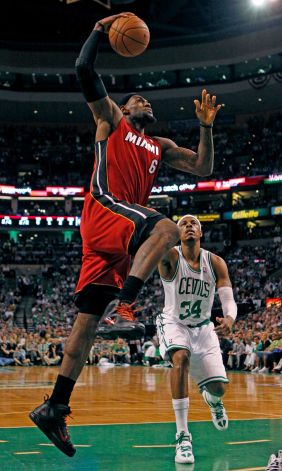 From the opening tip, LeBron lit up Boston like Faneuil Hall at Christmas time.  He never smiled.  He was stoic, stone-faced, business-like throughout.  Just another day at the office, assuming dropping 45 points on one of the best defensive teams in the league is included in your job description.

Prior to Game Six, LeBron’s epitaph had already been written.  We discussed how another Heat loss would tarnish LeBron’s legacy, which Heat player was most expendable in the off-season and whether Coach Spoelstra would soon still have a job.  We did so prematurely.  No fat lady sang Thursday, probably because LeBron kept ramming jump shots down her throat to keep her quiet.  45 points, 15 rebounds and five assists, numbers that haven’t been tallied in an NBA playoff game since Wilt did so nearly fifty years ago.

And so we have a Game Seven.  Boston fans can’t feel confident going into this one.  Twenty-six years ago, a baseball rolled slowly between Bill Buckner’s legs, leading to a Game Six loss.  The Red Sox, and their fan base, knew they still had a Game Seven to play, but nobody felt good about it.  Similarly, these Celtics, while perfectly capable of winning in Miami, can’t possibly think that’s going to happen.  Not after LeBron James proved that he simply isn’t human.  Not after he finally channeled that inner Michael once again, what so many of us have been waiting so long for.

I wrote at the beginning of these playoffs that this post-season was about one man and one man only: LeBron James.  I firmly believed that and still do.  Or perhaps I was just setting myself up for a follow-up piece.  Well, here it is.

LeBron’s magic number is now five, as in five more wins, but that all begins with one, in Miami, Saturday night.  If he doesn’t get that one, nothing else will matter.

23 thoughts on “LeBron James takes his talents… to Boston”