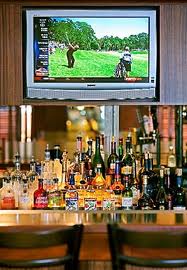 If you’re like me, and God help you if you are, you often feel the need to walk into a random bar or restaurant, sit down for a drink and a meal, and watch whatever sporting event happens to be on television.

There are, however, pitfalls to such activities, which I am about to explain.

As most of you probably know, it’s not uncommon to walk into a bar/restaurant and find their television sets tuned to one of the many channels ESPN has to offer.  It soothes the soul and distracts us from the everyday grind.

At times, however, ESPN will not grace the big screen, leaving sports fans like me dumbfounded, as if our security blanket had suddenly been snatched from our grasp.  How dare they?  What are we supposed to do now?  Why are they showing Golden Girls reruns and how do we politely ask the bartender to get Blanche off the screen?  (It frightened me that I actually knew one of the character’s names was Blanche without having to look it up.)

This is where things can get complicated.

Let’s say you run into an employee who is either ornery, new to the establishment, doesn’t know how to work a remote control, or worse yet… all of the above.  It’s important to remain patient during these times, as difficult as that might seem.  Walk them through the process.  Suggest the channel of the sporting event you want to watch or offer to change the channel yourself, which will probably save some time and frustration.  Never reciprocate the ornery.  Remember, the person you just asked to change that channel is the same one bringing you your food.  Always wise to keep them on your good side. 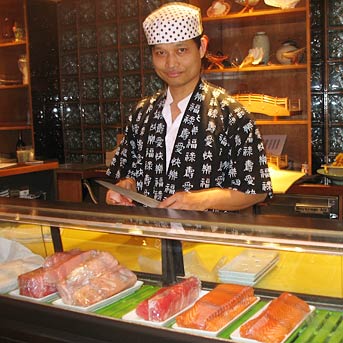 There may also be the occasional language barrier.  Let’s say, for example, you stroll into a Mexican or Japanese place, or the ethnic cuisine of your choosing.  In that case, it may take even longer to get the desired effect, which again is simply putting a baseball game on the television in front of you.

Technology has made things worse.  Sure, we get two thousand channels on a whim, but we can have three or more different cable systems on the same block.  Fios, Brighthouse, DirecTV.  It’s enough to make the seasoned bar-hopper carry a cable guide in his back pocket, based upon which establishments he frequents.

I was dining at a brand new, Mexican joint this weekend, against my better judgment, trying to watch the US Open and hoping the fajitas they were about to serve me were somewhat edible.  I told the bartender, who spoke broken English at best, that the tournament was on NBC.  Remember when there were only THREE channels to choose from, Telemundo not being one of them?  Apparently, she didn’t.  NBC was as foreign to her as the timely service she failed to provide.

Anyway, finding the channel on DirecTV took about twenty minutes, along with the assistance of the entire work staff.  Good thing they had cold beer and tasty nachos.

I guess the moral of the story here, as always, is to be patient and polite.  There’s nothing you can’t go an extra few minutes without seeing.  And if there is, you might want to just stay at home and save yourself the heartburn.