“There’s nobody guarding the passer!  Kentucky doesn’t have anybody on the ball!”

One pass, one shot, the unlikeliest of victories.

When college basketball fans are asked about the greatest game ever played, the answer is unanimous.

Duke vs. Kentucky, 1992, NCAA East Regional Finals.  There is no close second. 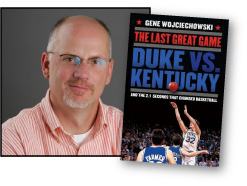 That game, and the events leading up to it, is the topic of Gene Wojciechowski’s The Last Great Game: Duke vs. Kentucky and the 2.1 Seconds that Changed Basketball.  Not only does the book time machine us back twenty years to when Christian Laettner ripped out Kentucky’s heart with a single, yet miraculous, turn-around jumper, it interviews every last player, coach, official and journalist involved with the game, to remind us just how special that afternoon was.

It was the kind of game where the people who played in it, who coached it, who watched it were, in varying degrees, forever changed.

Wojciechowski left no stone unturned.  He recounts Coach K’s high school days, when he actually first turned down the opportunity to play for Bobby Knight at West Point, only to later change his mind, then to the day he was plucked from coaching at Army by a school called Duke University.  Perhaps you’ve heard of them.

When Knight, Krzyzewski’s mentor, was asked to give a recommendation about him for the Duke job, he said “He has all of my good qualities and none of my bad ones.”  Apparently Knight is pretty good at recognizing talent. 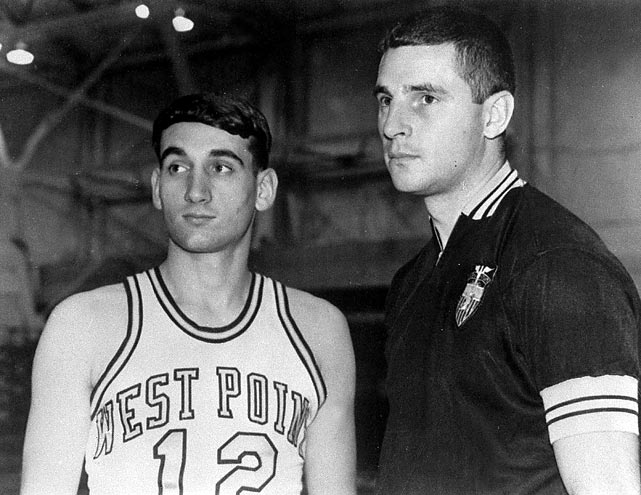 Here are a few other tidbits from Wojciechowski’s must-read account that you may have forgotten over the years. Did you know that Coach K’s starting salary at Duke was $40,000, or that Kentucky almost hired PJ Carlesimo over Rick Pitino, or that Christian Laettner’s family wanted him to go to Notre Dame, or that Billy Donovan played 44 games for the Knicks under Pitino, then worked on Wall Street for four months before asking Pitino for a coaching job, or that Jamal Mashburn’s father was a professional boxer who once fought Ken Norton, or that 75 different schools recruited Grant Hill or that, in preparation for the UNLV rematch, Coach K had his starters run scrimmages against seven defenders to replicate their defensive intensity?   In The Last Great Game, there’s all that and more.

Rick Majerus, Dick Vitale, PJ Carlesimo, Mike Krzyzewski, Rick Pitino, Jalen Rose and many more were interviewed for the project, as they recall the day college basketball’s planets aligned to give us the greatest game ever played, perhaps in any sport.  Wojciechowski brings us back to a special time, when seniors stayed in school, the phrase one-and-done did not apply and dynasties still existed.  His book is as entertaining as that time in college basketball and is well worth the read for it.

The last one hundred pages describe the frenetic final minutes of the game but don’t skip ahead.  You’ll do yourself and the book a great injustice.  You’ll be drawn to his tale as if you’re watching the game again, not knowing who wins, and thinking that there’s no way in hell Laettner makes that final shot.  But he does.

Krzyzewsi diagrammed the play.  Grant Hill would throw the inbounds pass.  Lang and Thomas Hill would run the wings and then dart toward the basket, in case of a tipped pass.  Hurley would peel off toward mid-court.  Laettner would start in the far corner and make his way to the free throw line.  The play hadn’t worked in late February, but that hadn’t stopped Krzyzewski from having his team practice it over and over again in March.

‘Grant, can you throw the ball 75 feet?’ said Krzyzewski.

Meanwhile, the Spectrum was one collective held breath. 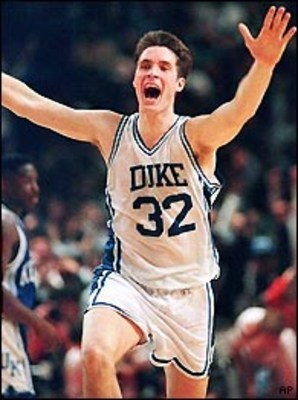 The rest, as you probably know, is history.  Laettner hit the shot then rushed the floor with his hands held in the air.  Thomas Hill remained on the sidelines, hands behind his head, tears rolling uncontrollably off his wrinkled, Shar-Pei-like face.  Duke repeated as college basketball’s national champion after beating Michigan in the final game.  Kentucky lost that game but went on to win a national championship under Pitino four years later, to a small extent exorcising some of those demons.

Wojciechowski truly enjoyed researching this project and it shows in his writing.  The acknowledgments at the end of The Last Great Game are also a must read.  Now that basketball season is officially over, if you need a quick fix to cure your basketball jones, I highly recommend giving this book a shot.  Now if you’ll excuse me, I have a game to watch.