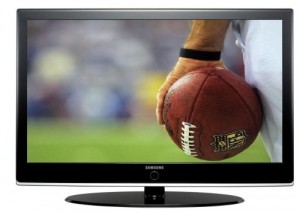 GOOD NEWS FOR CRAPPY football teams nationwide!  In an effort to make himself the most likeable commissioner in professional sports, which shouldn’t be all that difficult considering his competition, Roger Goodell has decided to ease television restrictions for teams who don’t sell out their home games.  Nowhere is this better news than the Tampa Bay area which has had nearly every home game over the past two years unavailable to your friendly neighborhood television viewer.  NFL team owners have agreed to allow networks to broadcast home games in their local market if 85% of the stadium’s seats are sold, as opposed to the previous 100%.  You know what this means, right?  Hellooooooo, sofa! 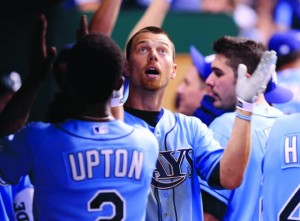 SPEAKING OF TAMPA BAY, I heard an unverifiable statistic on local sports radio the other day.  The announcers complained that June 2012 capped the worst offensive month in Rays’ history!  That’s saying something because this team has been pretty darned bad in the past.  I couldn’t get through to ask them whether that meant fewest hits ever, worst record ever or fewest runs scored, but either way, it’s bad news for Rays fans.  What I can tell you is that the Rays, once in first place in the American League East, now rank 13th out of 14 in the AL in hits, batting average and slugging percentage.  They are second in the league in errors committed, have only one player not on the disabled list batting over .270 and their base-running leaves a lot to be desired.  A solid starting rotation is the only reason this team is even in contention.  For a team that can barely muster any offense, or pony up the funds to pay its players market value, it’s only a matter of time before that rotation, which it leans upon so heavily for victories, looks elsewhere as they become free agents.  Wait, you mean I can get more wins and more money if I pitch elsewhere?  Yes, please. 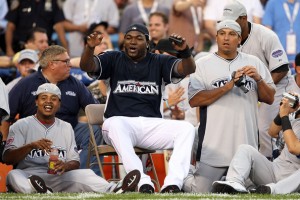 AS YOU WELL KNOW, I’m generally not one to hand out compliments to Bud Selig, but kudos to whoever’s idea it was to have Home Run Derby captains select the event’s participants.  Maybe Selig was absent the day they made that decision.  Had they their druthers, players might not participate in a skills competition (see: LeBron) if either the league or its fans demanded it, but it’s more difficult for a player to turn down the request of one of his peers.  That’s why we’re about to see the game’s best sluggers have at it the night before the Midsummer Classic. 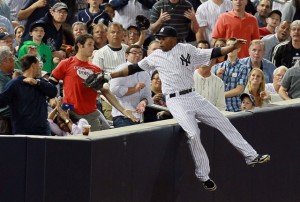 PEOPLE ARE STILL IN a big brouhaha about New York Yankees leftfielder, Dewayne Wise, faking a catch and umpire Mike Dimuro not verifying to see if the catch was actually made.  Wise dove into the stands, dropped the ball, while a fan two seats over picked it up, all in front of DiMuro.  Will the last purist not in favor of expanding instant replay in Major League Baseball please get himself a clue? 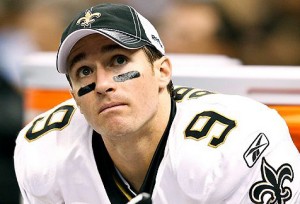 DREW BREES REMAINS UNSIGNED by the New Orleans Saints to the shock of basically every football fan in America.  Considering he was recently voted the second best player in the NFL by his peers, not to mention the fact that he just broke Dan Marino’s all-time single season passing yards record, one would think the Saints would want to lock him up.  I haven’t made too much of a stink about this, assuming the Saints will eventually get the deal done.  Considering they’re already dealing with the bounty-related suspension of players, coaches and their GM, it’s safe to assume they have other things on their mind.  So might Brees, however, if they can’t come to an agreement soon. 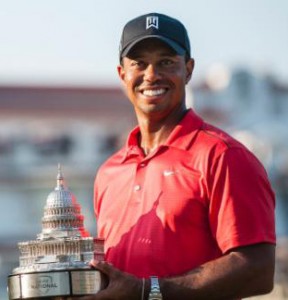 ALL THOSE WHO THINK Tiger Woods’ best golf is behind him better think again.  Tiger won last weekend’s AT&T National, making that his third win of the year, more than any other player on Tour.  He now ranks first, atop the FedEx Cup Standings.  With the British Open only a week away, Tiger still hasn’t won a major since winning the US Open in 2008 on a broken leg.  Woods is back to playing with confidence which is both good and bad for the rest of the golfers on tour.  Good because it means fans will flock back to the sport they had abandoned in his absence, bad because that means everyone else stands less of a chance of winning. 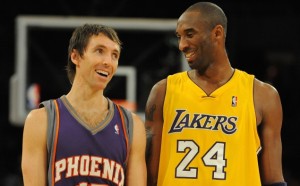 SO STEVE NASH IS now a Los Angeles Laker.  Color me interested.  One can’t help but think that, even at 38, Nash gives L.A. an excellent shot to challenge the Oklahoma City Thunder for Western Conference dominance.  And Jason Kidd to the Knicks?  Well, at least Carmelo will still get his shot attempts.  One can’t help but think that a league consistently as top-heavy as the NBA, leaving only a handful of teams capable of winning a title every season, is bad for the other 20+ teams in the league… and their fan bases. 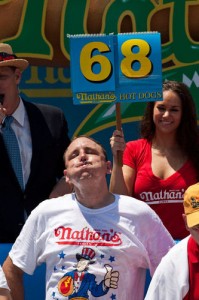 WHOEVER SAID COMPETITIVE EATING is not a sport clearly wasted valuable time even debating that topic in the first place.  The only thing that would make the Nathan’s July 4th hot dog eat-off more entertaining would be installing an intestine cam for each contestant or perhaps interviewing them while they’re eating, like they do with coaches on the sideline or managers in the dugout.  Watching these heathens stuff wiener after water-soaked wiener bun into their mouths at repulsive paces is enough to make even the most starving man skip a meal, but what more appropriate way to honor our nation’s independence, by celebrating gluttony.  Now if you’ll excuse me, I’m going to fix myself seconds.  Happy 4th everyone!