Thank goodness for the Summer Olympics.  With basketball season over and football still months away, London is about to provide us all with a cure for the summertime blues, and an opportunity to try our luck at some Olympics 2012 betting to boot.

Aside from watching Michael Phelps, Usain Bolt and USA Basketball prolong their worldwide dominance, I thought I’d preview some lesser known Olympic events to see if I could generate a little interest. 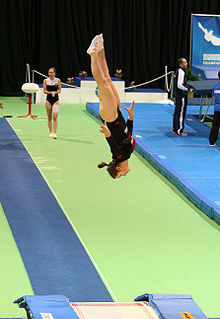 Trampoline.  That’s right, I said it.  That rusty old deathtrap in your neighbor’s backyard that his eight year old broke his ankle on months earlier.  It’s a garage sale item waiting to happen.

I never knew Trampoline was an Olympic event but apparently it debuted in the 2000 Sydney Olympics.  I’m pretty sure I watched those but don’t recall seeing anyone bounce up and down repeatedly on some dangerous, Plasticine roundtable while doing somersaults in mid-air.

I’ve never been fond of trampolines, partially because I don’t like heights and partially because I’m scared to death of falling off the darned things.  I’ve always preferred those inflatable bouncy houses.  At least they had walls to use as a safety net.

China dominated the Trampoline events in Beijing, taking home gold in both the men’s and women’s, probably because we Americans don’t consider trampolining a sport, but rather a place to roll around with a member of the opposite sex after we’ve had a few too many.

Or maybe the Chinese do too and that’s why their population is so high.

Speaking of things we like to do when we’re drunk, ping pong is once again featured in this year’s Olympics.  The funny thing about ping pong is, no matter how good you think you are after tipping back a few, you always run into someone in the bar better than you.

Despite being made famous in Forrest Gump, Olympic table tennis has only existed since 1988.  The USA has never medaled in the event, once again probably because most of us only play when we’re drunk.  China has dominated this event as well, winning 20 out of 24 gold medals in the event’s history.

I’m going to hold out until beer pong becomes an Olympic event.  That way I can compete in something while also imbibing the spirits. 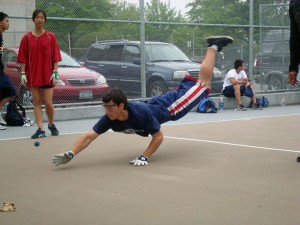 I’m from New York City, so when I think of handball, I picture glove-wearing, middle-aged men getting together for lunchtime on the upper West Side, sweating it out behind the chain link fences, cursing relentlessly as they pound a racquetball up against the wall with their palms.

Believe it or not, hand ball was actually an Olympic event back in 1936.  It was later suspended, only to be picked up again in the 1970s.  Surprisingly, no American male or female has ever medaled in this event.

I say it’s about time we get some New Yorkers from out of the Bronx, headbands, goggles and all, and ship them over to London to see how they fare.  Now that would make for a healthy screenplay.

I was never any good at archery at summer camp.  There were things I was good at, things I was bad at and archery rested squarely in the latter.  I could barely get the damn arrow to go ten feet, never mind hit a hay-filled target fifty yards away. 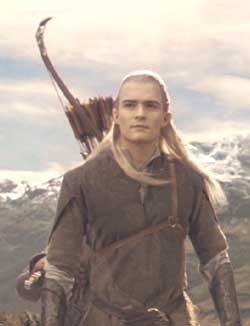 Think about it.  Name one superhero that used a bow and arrow that was bad ass.  The Green Arrow, Hawkeye, that pale, long-haired elf from Lord of the Rings?  Sure, they could kick your ass from a distance but once you got up close, what were their chances?

Believe it or not, archery debuted in the Olympics in 1900 and has been an event every year since 1972.  Americans are relatively competitive when it comes to the bow and arrow but South Korea is this year’s favorite.

There is no way I could possibly do synchronized swimming the justice Harry Shearer, Martin Short and Christopher Guest did back in the 1980s.  Enjoy! 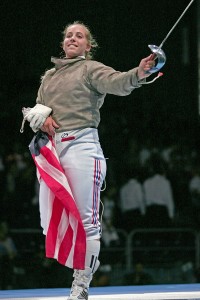 Is this a sport any of us really understand?  I mean, they use swords called epees, masks which we can barely see through, more padding than a catcher’s chest protector and look like extras from Mortal Kombat.  Nobody knows how the sport is scored.  We just watch masked avengers swipe the crap out of each other with their thin little swords, then change the channel after we realize no one is bleeding from impact.

Fencing’s been around since the very first Olympics and still, most of us don’t know what the hell is going on.  France and Italy have traditionally dominated the event but believe it or not, the US does hold two gold medals in fencing, thanks to Mariel Zagunis in 2004 and 2008.  She’ll be going for a three-peat in London this summer.

And she could probably beat me even if I had a bow and arrow.

Shuttlecock.  The mere mention of that word is enough to make the immature me chuckle. 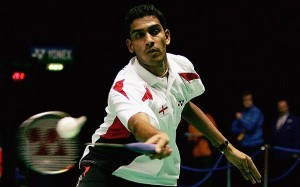 I’ve seen professional badminton before.  It’s insanely fast.  In fact, it’s so fast, you can barely see the damn thing fly through the air, so what’s the point in watching?

Badminton made its Olympic debut in 1992 and is yet another sport dominated by the Chinese and guys named Ling, Ning and Yang.  The USA has never medaled in badminton.

I couldn’t find any odds to see who’s actually favored to win this year’s Olympic Badminton but, I can tell you this.  If you’re gambling on badminton, it’s probably time to seek professional help.