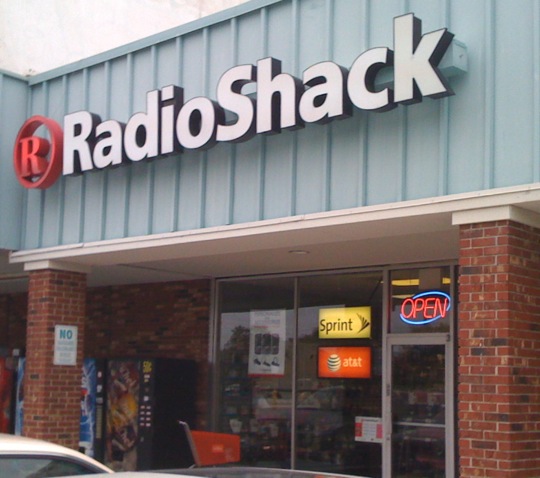 I guess because of that one time I went to Radio Shack a year and a half ago, to purchase a $1.79 fuse that I later returned, I still receive their weekly barrage of emails.  As you probably know, Radio Shack asks you for your phone number, e-mail address, and first born child every time you walk in the store to buy a 9-volt.  As a result, their emails now bypass my spam filter.

This one e-mail I got from them lately asked me to vote for some science project a few geeks built in their spare time.  The ad read, if I vote, I could win a $1000 gift certificate to Radio Shack.

My immediate thought was… what the fuck in Radio Shack is worth $1000?  Am I suddenly going to find the need for eight miles of speaker wire?  Fuses for life, perhaps?

Or maybe I could just buy the entire store and then pester my customers for their e-mail addresses every time they come in to buy a remote control car for their nephew. 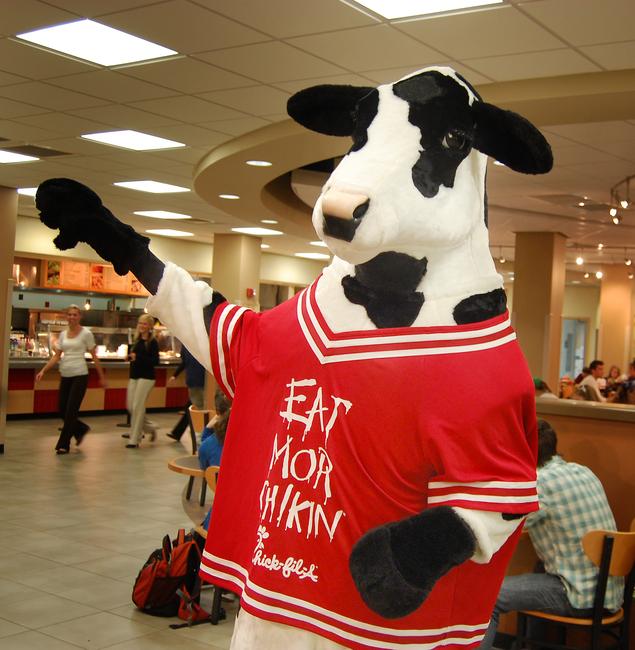 So my mom sends me another promotional email the other day, saying that on July 13, if you went to Chick-Fil-A dressed as a cow, you ate for free.

I’m like, who has a spare cow suit lying around and furthermore, who would go through the trouble to get one just for a free sandwich?  Wouldn’t renting a cow costume cost around 50 bucks, far more than those delicious Chick-Fil-A sandwiches that are only like $3.79?

I’m sure some starving college student somewhere across America has some spotted, cow outfit and was counting down the days before he could stuff his face for free.  It’s enough to make someone camp outside their local Chick-Fil-A to video the freak show that shows up for free food Friday… and also partake in some of their tasty waffle fries to boot. 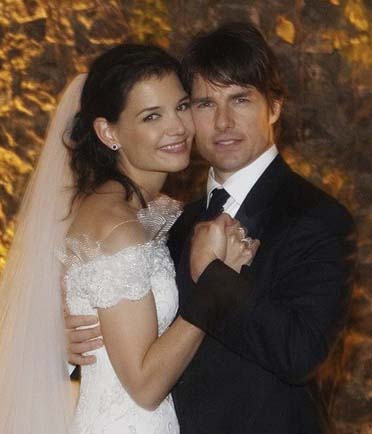 As most of you already know, thanks to my namesake’s temporary marriage to Kim Kardashian, SportsChump is in tune with all things Hollywood, however, even I’m surprised that it took only two weeks for the Tom Cruise-Katie Holmes divorce to become official.

I’ve known separations that have lasted for a decade, but not Tom and Katie’s.  Like a band-aid.  Right off!

Perhaps we should contract out their attorneys to settle any future labor disputes in professional sports.  Apparently these guys understand how to effectively divvy up a big enough pie.

Men may never go swimming again.  Or at least I may not, without a cup. 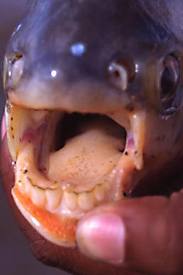 I used to have a college friend that lived in Panama as a kid.  He told me he would never pee in the ocean because there were fish down there that would swim up to you and um… well, let’s just say, exact a little sushi retribution for their fallen brethren.

Since I live in Florida, and regularly swim in the Gulf amid unseen sharks, crabs and devil rays, I’m always cautious about objects that swim around me while I’m wading.  I understand I’m on their turf and try to be very respectful of it.

Now, back to the ball-eating fish.  Apparently, two men were found dead thanks to the Pacu, soon to be a movie starring Keanu Reeves and Samuel L. Jackson.  I can see the tagline now.  Something like “Have A Ball!”

All I’m saying is this.  I’m suddenly afraid to go back in the water.  I’m even afraid to take a bath now for fear what may sneak out of the faucet.  So if you step to me soon and sense a faint smell of body odor, please understand it’s only because I care for my private parts.

36 Replies to “Chumpservations, Vol. 27: Radio Shack emails, cows eating chickens, divorce attorneys and why it’s still not safe to go back in the water”