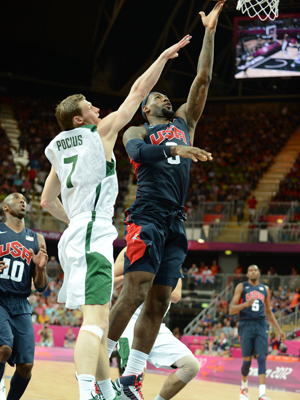 I woke up late the other morning to find out that the US Men’s Basketball team had barely eked out a victory over Lithuania, by a final score of 99-94.  Apparently, LeBron bailed out Team USA with a strong fourth quarter, scoring nine of his twenty points in the final four minutes.

I am by no means a Benedict Arnold but if any good comes out of this near miss, it’s that we can finally put an end to this whole “Which Dream Team is Better” conversation.

Let me be clear.  I’m not suggesting the original Dream Team is far superior.  I’m just over the hypothetical back and forth of it all.

I guess we can’t help ourselves.  When the 1992 team burst on to the scene, it was like nothing we had ever seen before.   Basketball talent around the world had finally caught up to the Americans, as witnessed four years earlier when a team comprised of college, and not NBA, athletes was embarrassed in Olympic competition.  Their loss to the Soviets prompted the whole “Well, the rest of the world is using professional athletes, so why shouldn’t we” debate.  Enter Michael Jordan, Magic Johnson and Larry Bird, among others.

The rest is history, and a glorious one at that.  Fans got to witness that team, commonly referred to as the greatest ever assembled, dismantle international competition.  They went 8-0 in Olympic play, beating their opponents by an average of 44 points per game and bringing the gold back to American soil.  It was the second coming of the Beatles.  Every athlete they played against wanted their autographs, as well as a photo with them for posterity’s sake.  They never trailed at any point, in any game, and not once did head coach, Chuck Daly, feel the need to call a time out.  They made the ugly American proud. 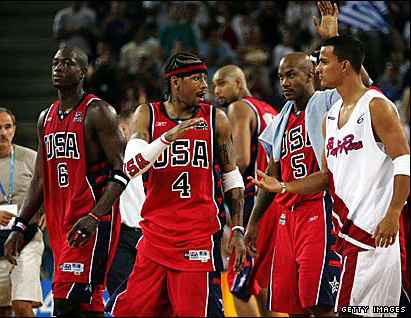 Everything was fine until 2004 when the USA lost once again, this time to Argentina, ringing in the blunt truth that we weren’t as good as we thought we were, or that international basketball was better than we thought, or definitely somewhere in between.

Enter the 2008 Redeem Team, which featured many of the same faces as this year’s squad.  The 2008 bunch didn’t exactly skate through its competition, but it did bring back the gold.

Which brings us to today and the fun, yet utterly ridiculous, hypothetical debate over which team, this current one or the original, would win a head-to-head match-up.  Unless we crank up our hot tub time machine, there’s no way to know for sure, which is exactly what makes the conversation so ludicrous, and the opinions over who would win quite generational.

Most of us subscribe to the belief that the original dream team was better, mostly because of what it stood for and the NBA legends it touted: Michael , Magic, Larry, Stockton, Malone, the Admiral, Chris Mullin, Clyde Drexler, Scottie Pippen and of course, Charles Barkley, all of whom were voted among the NBA’s 50 greatest players of all time. 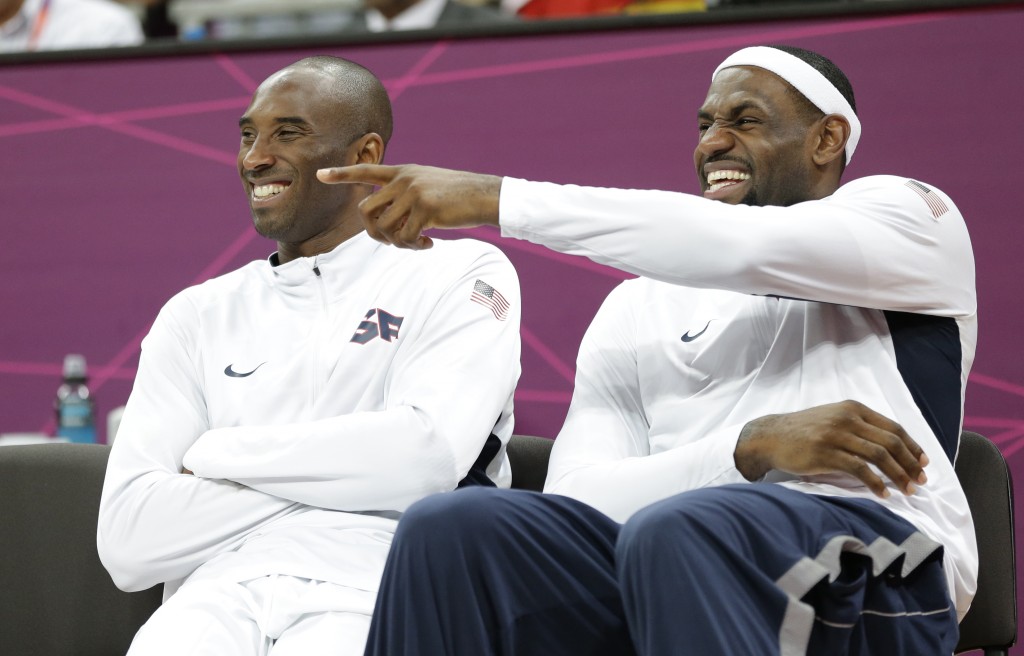 A more fruitful debate would be which players among this current team would be voted onto that list.  Kobe and LeBron for sure, the jury is still out on the rest.

Make no mistake, this current team is insanely talented.  Kevin Durant is as cool, and as deadly, as they come.  Deron Williams, Chris Paul and Russell Westbrook are among the top point guards in the modern game.  Carmelo Anthony showed the world what he’s capable of when he gets hot, scoring 37 against a hapless Nigeria team and breaking the record for most points scored by an American in an Olympic game, previously held by Stephon Marbury who, like Carmelo, never met a shot he didn’t like.

This team is a nice team, a talented team, clearly a bad-ass team, but no one in their right mind, or at least who is old enough to drink, would suggest this team is better than the original, regardless of whether they are or not.

Sprite and the NBA once collaborated on a marketing campaign that told us image is everything.  That, more than any other reason, is why people still side with the Dream Team of old.

Despite his greatness, Kobe is still haunted by an ill-fated decision in Eagle, Colorado over a decade ago.  LeBron’s likeability still suffers from the day, and the way, he announced he was leaving Cleveland.  And while Kevin Durant is inherently un-guardable, it’ll take a long time before he reaches Michael, Magic or Larry Legend status.

Those three revived the game.  The newbies merely carry on their torch. 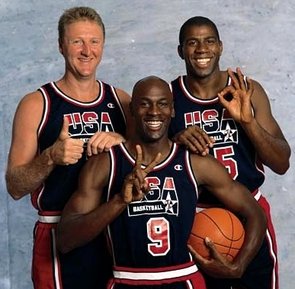 Perhaps we suffer from revisionist history.  After all, Charles Barkley was one of the league’s baddest boys back in the day, regularly speaking freely regardless of consequence and throwing elbows in Olympic competition for no reason other than to intimidate opponents.  We tend to forget that because of our newfound love affair with him as the game’s best, or at least most honest, analyst.  Magic Johnson had just discovered he was HIV-positive and while his illness has gone great lengths to educate us about the disease, back then, critics weren’t so kind.  And let us not forget about Michael’s womanizing or gambling for which he gets a pass simply for being the greatest to walk the earth.

Or perhaps it has to do with the way sports are covered in 2012.  The original Dream Team suited up only twenty years ago, yet there is now a world of difference in the way athletes are portrayed.  And that, like it or not, affects the way we see them.

I guess it makes for fun, albeit pointless conversation, the hypothetical discussion over which team is better.  It’s something we will never know.  All that should matter is that this 2012 Dream Team is better than the teams they are currently playing.

31 thoughts on “Putting the Dream Team debate to rest”