I hit the gym every so often.  How else could I explain my chiseled physique?

But after witnessing two absolutely, gruesome injuries to both South Korean Sa Jae-Hyouk and Austrian-German Matthias Steiner in these recent Olympics, I may think twice before lifting weight that’s a little too heavy for me. 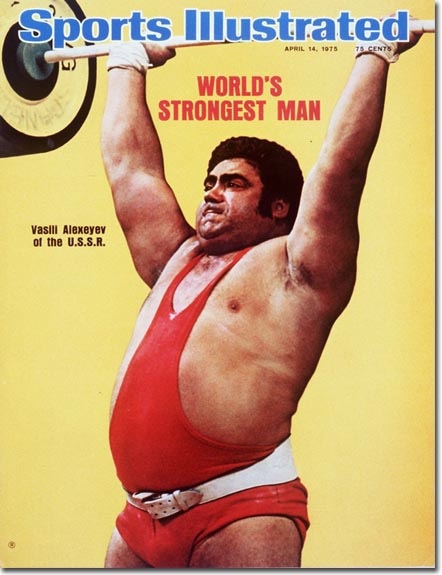 My workouts generally consist of a touch of cardio to break a sweat, all the while bopping to the old school, hip-hop beats that litter my iPod, then hitting whichever machines happen to be closest to the prettiest girl in the gym.  Afterwards, perhaps the local watering hole for a few drafts and a Reuben.   It’s a rigorous routine I like to call Body by SportsChump.

I don’t ever recall, however, attempting to clean and jerk a bar, stacked with weight three times by own, way over my head in any of my workouts.  There just never seemed a reason for me to do so.

Even less now after seeing Steiner drop 432 pounds directly onto the back of his neck and a similar amount bend Jae-Hyouk’s right arm completely backwards.  Yes, you’ve been warned, there is video to follow.

We’ve talked a bit lately about advancements in sport and how they can conflict with tradition.  I understand that weightlifting has existed since the very first Olympic Games, but we also used to create fire by rubbing two sticks together.  The clean and jerk absolutely cannot be healthy for an individual.  In fact, I’m surprised we haven’t seen more serious injuries in this sport over the years.

I’m not standing on my soapbox and saying this event should be eliminated.  More power to anyone who’s dedicated their lives to clapping baby powder on their hands, putting plate after plate on barbells and repeatedly jerking them up high into the sky.  I’m merely suggesting that evolving can be good too, that as human beings, we probably should realize there’s never any valid reason to attempt to lift 500 pounds over one’s head.

That’s why we invented the forklift.

46 Replies to “Weightlifting can be very, very bad for you”