“One thing leads to another”

I play poker.   Not as much as I used to, but I still dabble at the table every now and then.

One thing I’ve learned about poker over the years, particularly no limit hold ‘em, is that one mistake, one error, one misstep, no matter how small, can cost you big.  Poker is not as forgiving as real life. 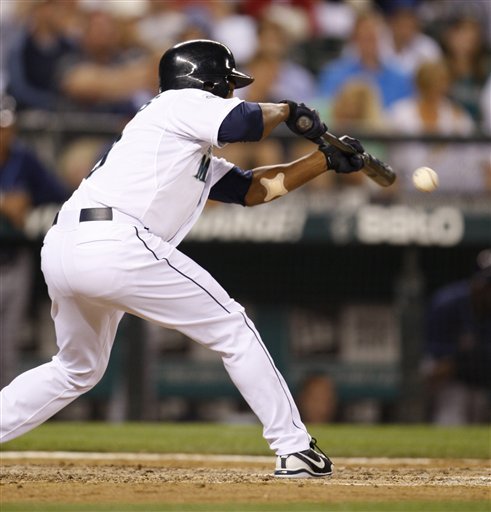 Neither is professional baseball.

The Tampa Bay Rays, previously winners of seven straight games (and nearly eight) since the return of Evan Longoria, went into a mind-numbing, nine-inning slump, in which they compiled back-to-back, gut-wrenching losses.

How does a team manage to drop two decisions in only nine innings, you ask?  It’s simple, actually, and quite Rayspecific.

Tuesday night in Seattle, the Rays held a one-run lead going into the bottom of the ninth.  With their nearly perfect closer Fernando Rodney on the mound, the first batter he faced, Kyle Seager, singled to right field.  Playing for the tie, Chone Figgins then sacrificed him over with a well-placed bunt down the first base line.

Rays first baseman Carlos Pena fielded the soft grounder cleanly, looked towards second base to see if he could get the lead runner in Seager, which he couldn’t, then turned towards Sean Rodriguez who was waiting at first for the put-out.  Pena double-clutched and then, well, you know the rest.  E3 of the game-costing kind.  Pena’s throw sailed wide left and Seager came around to score.  Figgins later scored on a game-winning hit by Eric Thames.  Game over.  Victory, Seattle, after they had been losing for eight-and-a-half innings.

In a single misstep, the Rays wasted another stellar outing by starter Matt Moore, who allowed only one run and struck out nine in seven innings.

But Moore’s performance had nothing on what fans were about to witness in that very same building sixteen hours later. 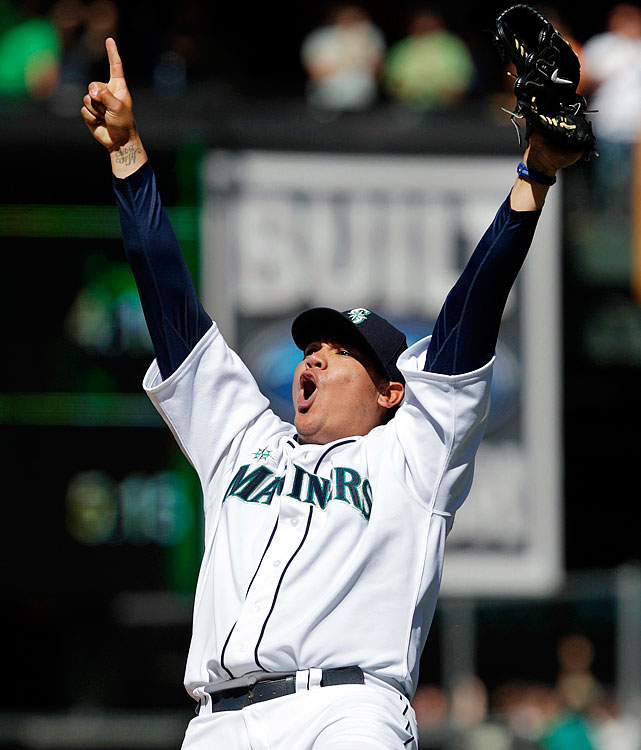 Wednesday, in the final game of the three-game set, the Rays were blanked… and I mean blanked.  No runs, no hits, no walks, no nothing.  Seattle’s starter Felix Hernandez was untouchable, pitching a perfect twenty-seven up and twenty-seven down.

For those of you keeping track at home, that makes three perfect games thrown against the Rays in the past four seasons, an alarming feat considering there have only been 23 perfect games thrown in the history of the sport!  Tampa Bay: the ultimate cure for your pitching woes.

Nor am I hinting that Carlos Pena’s errant toss started a cataclysmic, downward spiral that led to Tampa Bay’s inability to put the ball in play only a few hours later.

Perhaps it is just coincidence these two losses happened the way they did.  Just as Evan Longoria’s long-awaited return to the lineup had little to do with their seven-game winning streak, Pena’s gaffe had absolutely nothing to do with their subsequent, nine-inning stretch of blankitude, or did it?

Tampa’s brief lull is no mountain for manager Joe Maddon.  He’ll assuredly find a way for his team to put those losses behind them, as they showed with a 7-0 victory in Anaheim the following night.

With just over a month left in the baseball season, all is not yet lost for the Tampa Bay Rays… as long as they play their cards right.