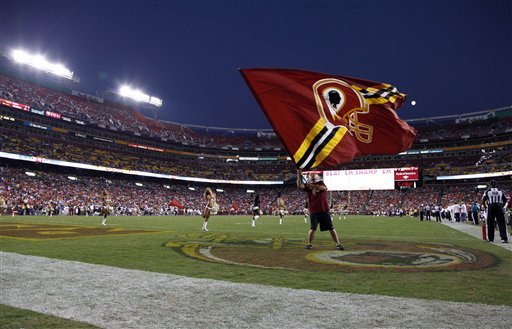 I tuned in to the first few minutes of the Tampa Bay Buccaneers’ final pre-season game against the Washington Redskins last week.  Even though the Rays, who were playing at the same time, had much more on the line, and were playing in a game that actually mattered, it’s still the National Football League.  I had to take a look.

The first thing that grabbed my attention was the amount of empty seats at FedEx Field.  Sure, the following day’s box score showed 56,000 in attendance but since when is that an accurate depiction of how many people actually passed through the turnstiles?  I found the echoes that scattered the stadium rather ironic considering I live in a town that is consistently criticized for its lack of attendance to sporting events.

The fourth and final game of the NFL pre-season means little to most, hence the unoccupied seats not only at FedEx, but likely at every other stadium around the country that hosted a final pre-season game.  These games don’t count in the record books.  They are never watched, with good reason.  The biggest names don’t play for fear of injury.  In fact, other than the coaches, nobody of any import seems to care at all, as seen by some of the final pre-season scores.  Redskins 30-Buccaneers 3; Giants 6-Patriots 3; Titans 10-Saints 6.  No Freeman, no Manning, no Brady, no RGIII, basically no player any fan would pay good money to see, or even be able to pick out of a lineup for that matter.  These games are solely for coaches to narrow down their rosters to the required number of players before the season starts.  So why should we watch, pay full price for tickets, or better yet, why should they even play those games in the first place, which is a question the NFL is now asking itself. 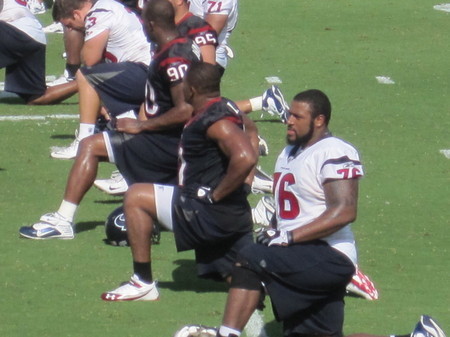 The NFL’s final pre-season games are as un-watchable as an all-day Real Housewives marathon, yet they mean far more than we give them credit for, considering they hold the livelihood of so many at stake.  The games, that is, not the Housewives.  These are the real stories of the NFL.  Not the multi-million dollar quarterback with the supermodel wife.  It’s the rookie trying to prove he’s got what it takes to make the big time, the guy coming back from career-threatening injury, that high draft pick who’s still trying to live up to expectations, the veteran trying to make one last team one last time.  Unless their names are Chad Johnson or Terrell Owens, these are the tales that matter.  The NFL would do wise to promote these stories rather than its failed drug tests and official’s impasse.

As most of us know, every NFL team must ensure its roster is down to 53 players before the season starts.  That leaves a lot of players unhappy… and more importantly unemployed, dreams dashed as they desperately scramble for another team to earn a paycheck and perhaps a chance at fame.

These are names you’ve never heard of, players you don’t recognize and perhaps never will.  Who knows whether they’ll make a roster, or have to fall back on that education they allegedly got back in school.  Head coaches will stay in touch but that’s pretty much that.  There are no million dollar contracts, in fact, no paychecks at all, just the promise of that phone call, the desire to remain in shape so that one day, when that call comes, they’ll be ready.

And maybe then, we’ll be watching.

16 Replies to “When something means nothing and nothing means something: The NFL’s final pre-season games”