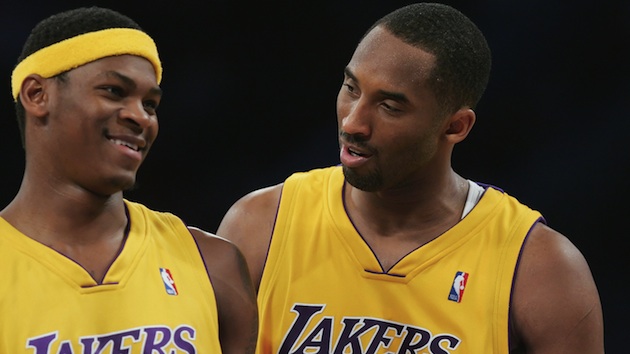 Confidence is a delicate thing.

If you’re even the slightest bit unsure of yourself in your chosen profession, it could mean the end of your career, and that’s just you, sitting at your desk, making phone calls, unable to close that next big deal because you’re having an off week.

Now multiply that by bright lights and big city.  Imagine playing a sport with the greatest player of his era and having him tell you you’re all worthless and weak.

You remember Smush, don’t you?  With a name like that, how could you not?

Smush, whose real name is William Henry (no wonder they call him Smush), played two full seasons in Los Angeles alongside Kobe Bryant, from 2005 to 2007.  He averaged around 11 points per game starting basically every game at point guard those two seasons, but “point guard” is a tenuous term when you’re talking Laker basketball, considering Kobe Bryant handles the ball most of the time.  Even Derek Fisher barely got touches.  A more appropriate job title for Smush might have been The Other Dude Who Sometimes Dribbled the Ball.

That’d be a compliment compared to what Kobe said about him lately.

With Smush as his teammate, Bryant averaged career highs in scoring and field goal attempts but the other day, Kobe launched Smush’s least favorite shot of all.

In a recent interview, Kobe called Parker “the worst” and said “he shouldn’t have been in the NBA but we were too cheap to pay for a point guard. So we let him walk on.” 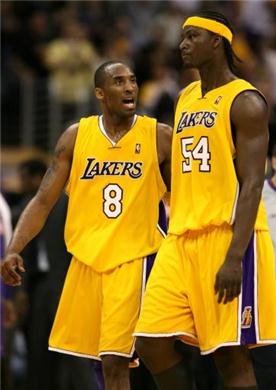 Bryant didn’t stop there.  He also cracked on former teammates Chris Mihm and Kwame Brown.  “I almost won an MVP with Smush Parker and Kwame Brown on my team.  I was shooting 45 times a game. What was I supposed to do? Pass it to Chris Mihm or Kwame Brown?”

Don’t expect Kobe to be invited to the Mihm family reunion any time soon.

Back then the Lakers were struggling, early round playoff exits the norm.  This was right around the time Shaq and Kobe had their falling out, causing the big fella to head east (aren’t ya’ glad I didn’t say “take his talents to South Beach” – DAMN, I just said it).

Apparently Bryant and Parker have had their issues for a while, with Parker once saying the Lakers problems “begin and end with Kobe Bryant.”  If those problems mean winning two more championships after Shaq left, I’m pretty sure those are problems Jerry Buss and company can deal with.

Parker has since cracked back, calling Kobe a diva and saying he’s no longer a Laker because he refused to kiss Kobe’s ass.  Either way, this is a Hollywood-style, NBA war of words that Smush simply can’t win.  Kobe is Spielberg; Smush is that strip of film left abandoned on the cutting room floor. 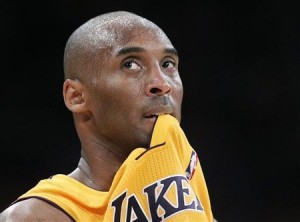 Perhaps it was petty for Kobe to take parting shots at Parker, who now plays professionally in Venezuela, but it’s not like we needed Smush’s testimony to figure out Kobe can be a ball-hogging, egotistical dick of a teammate.  We watch the games.  We know these things.  But the NBA pecking order is a fiercely, hierarchical caste system and that’s why nobody really gives a rat’s ass about what Smush Parker thinks, even if he’s right.

It is still fun to listen to though.  And I thought Kevin Garnett defriending Ray Allen was entertaining.

Life is now seemingly easier in Tinsel Town, at least on paper.  Mihm’s no longer the word, Dwight Howard is.  Kwame’s now playing for his seventh NBA team in eleven years.  And Smush has been replaced by Nash.

We’ll see if this newest Lakers get-up, with egos abound, can coexist.  If they don’t, I know one former Laker who will be happy they didn’t.

30 thoughts on “Mamba parks Parker, smashes Smush: Kobe speaks out on former teammates in not so flattering fashion”