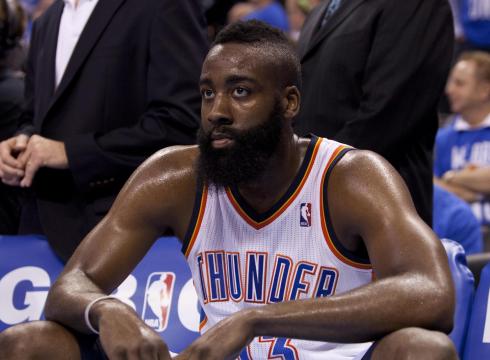 Smack dab in the middle of a huge weekend in sports, with the NFL, college football and the World Series all in full swing, it was an NBA trade that grabbed all the headlines.

As sports fans who make far less money than the athletes we root for on television, every once in a while a roster move comes along that leaves us absolutely confounded.  We wonder, perhaps too logically, why athletes leave what appear to be good situations for lousy ones just for a few extra million bucks.  Most of us with any sense, and a handy pocket calculator, recognize that the difference between $55 million and $60 million is only five million dollars and while that’s an amount most of us can’t fathom, when you’re making $55 mil over the course of a multi-year contract, five mil seems like a mere pittance when it comes to measuring one’s happiness.  Or so we would think.

Enter the bearded one, James Harden.  Harden was a crucial part of the Oklahoma City Thunder’s run to the 2012 NBA Finals.  He won last year’s Sixth Man award in a near unanimous decision, averaging 17 points a game.  He is one of the league’s most promising young stars.  Alongside Russell Westbrook, Kevin Durant and a number of other quality players, the Thunder looked like they had enough talent to give the Miami Heat a run for their money for years to come and perhaps establish the next great NBA rivalry.

That’s no longer going to happen, at least not with James Harden on their roster.

Harden was traded to the Houston Rockets this weekend, ending his successful run in Oklahoma City.  He did so for only five million more dollars.

Now, again, this is a number that you and I will never see in our lifetime (I don’t think Bill Gates is a SportsChump subscriber) but one would think quality of life, which in the NBA translates to wins and titles, has to account for something.  Or maybe it doesn’t and I’m just out of my mind. 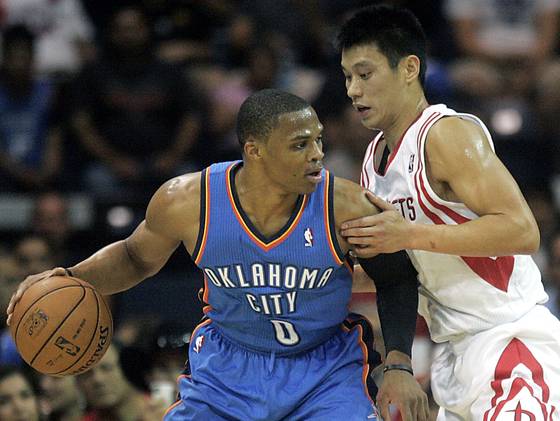 The Houston Rockets, for whom Harden will now be playing, are a decent team, more so now with his addition.  They’ll probably start him at two-guard, shedding him of that sixth man label and maybe, deep down inside, that’s what Harden wanted.  Who’s to say?  But the Houston Rockets are no Oklahoma City Thunder.  Not even close.  The Thunder made the Finals last year; the Rockets missed the playoffs.  The Thunder have Russell Westbrook.  The Rockets have Jeremy Lin.  ‘Nuff said.

Sometimes egos get in the way of common sense.  Maybe that’s what happened here.  But when Harden woke up the very next morning after being traded and looked at the closet of clothes he’ll soon have to pack, he couldn’t have been happy about the way things went down.  Neither is your average NBA fan.

Houston’s only about 500 miles from Oklahoma City but these days, James Harden is a lot farther away from an NBA championship than ever he was.  I hope the extra five million was worth it.

19 Replies to “Hardened times in the Western Conference; the Beard flies south for the winter”