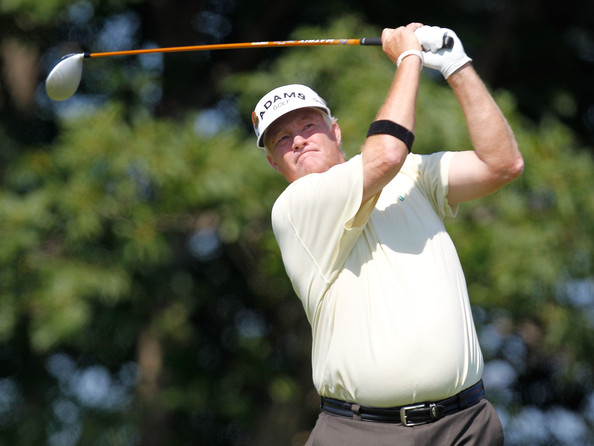 Golf is a great game.  It’s also a tremendously frustrating one.

Golf can take the coolest, calmest guy in the lot and turn him into a bumbling, raving, profanity-laced lunatic.  It happens to me all the time.  That’s also what happened to Mark Wiebe this weekend, just with millions of people watching.

Wiebe, 55, is a professional golfer who now plays on the Seniors Tour but that doesn’t mean he’s exempt from the occasional F-Bomb.

As you’ll see (and hear) below, Wiebe misses what most pros consider a gimme putt but as we all know, there is no such thing in golf.  After finally sinking the putt on the second go-round, you can hear Wiebe tell us all how he really feels about his play, stringing together a beautiful symphony of words you can’t say on television.  Thanks to the Golf Channel, however, he did.

Be warned!  Before you click on the video below, Wiebe’s language might be considered offensive to some, just not to anyone who’s ever played the game.