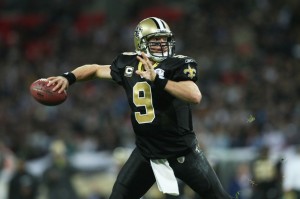 Week 10 of the NFL season kicks off tonight, and while there aren’t a ton of eye-catching games on this week’s slate, there are a few matchups that do bear watching.

Of course, for those who are into NFL betting, entertainment isn’t of the utmost importance, but it doesn’t hurt to be able to enjoy watching the game and the benefits it’s bringing you.

With that in mind, here are a couple of this week’s top tickets and top tips:

Behind an offense that looks like it could be the best in the Bay in some time, the Bucs knocked off the Raiders in a Sunday shootout, and they’ll have their sights set on a second straight AFC West scalp with the Chargers coming to town.

With Tampa’s offense clicking and the Chargers’ ability to put up a lot of points when they feel like it (which isn’t nearly as often as it should be), so the over has to look appealing here.

If you’re looking to place any bets on this week’s NFL action, check out SportsBettingWorld.com for sportsbook bonus offers and much more.

Roddy White is confident the Falcons can go 16-0, but it should be a surprise to no one if Atlanta’s perfect stat comes to an end in New Orleans.

After an 0-4 start, the Saints have won three or four, so they won’t be lacking in confidence come Sunday. Also, they’ve been lighting up the scoreboard with regularity this season, so they’ll be able to hang even if their defense lets White, Matt Ryan, and the rest of Atlanta’s weapons have another field day.

Whatever the outcome, this one should be close, as is often the case between these two fierce rivals. Four of the last five meetings have been decided by three points, so it’ll be interesting to see the direction the spread heads in before kickoff. As it stands, it’d be wise to take the tiny hit to your potential winnings and buy a point. We’ve all been there before, and it’s a cold, dark, sad place.