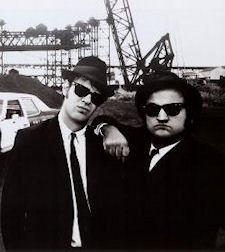 The Blues Brothers is one of the most forgotten and underrated comedies of our generation.

In the late 1970s, John Belushi’s desire to form a soul band comprised of old Stax musicians was treated with a healthy amount of skepticism.  How could an overweight, drug-addicted crazy man with the reputation for doing the unthinkable before millions of live television viewers make this project work?

As it turned out, Belushi was right.  His movie was a smashing success, grossing over $100 million.

This weekend in Los Angeles, there was another group of all-stars looking to “get the band back together” but in the end, decided a reunion tour was not the way to go.

After only five games into this NBA season, the Los Angeles Lakers fired head coach Mike Brown.  To save their sinking ship, they checked the coaching want ads in an effort to create some sweet music of their own.  Allegedly, they had one big name in mind.

Phil Jackson, the Zen Master and proud owner of eleven championship rings (thirteen if you include his two as a Knick power forward), was one of the coaches pinpointed to take over the mess that had become the Los Angeles Lakers. 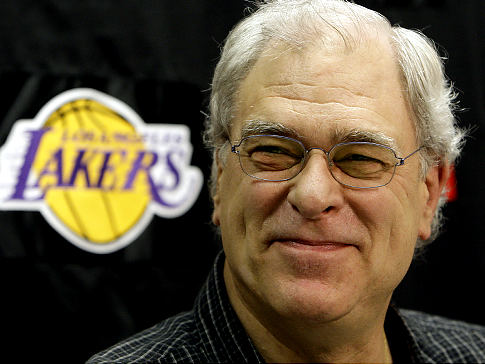 News of the potential Jackson hiring shook the league louder than any Blues Brothers concert ever could.  NBA fans nationwide immediately started debating whether the return of the Zen would have resulted in a Lakers championship with most thinking that was a foregone conclusion.

In the end, those arguments were moot.  The Lakers hired Mike D’Antoni instead.

Let’s make one thing clear.  There were question marks with either hire.  The better teams in the league were not about to hand the Lakers a title just because Jackson was back on the sidelines.  He’s 67 years old, recovering from knee surgery and although one of, if not the greatest professional basketball coach of all time, still faced a team overloaded with dysfunction.

On a team already characterized by drama, it’s not like Jackson doesn’t bring a little of his own.  He’s romantically involved with the team owner’s daughter, has already had his run-ins with Kobe and while he may have eleven championships, he only has two in the past ten years.  Phil supporters, however, would argue that’s still two more than D’Antoni.

Either way, you have to hand it to the Lakers.  They sure like to make a splash.  They are one of the few organizations in professional sports that make no bones about winning at any cost.  Like the New York Yankees, the Dallas Cowboys and several other high-profile franchises, the Lakers expect to be the last team standing every year.  Second place is no substitute.  And like those other teams, the Lakers have the wherewithal to make that a reality.  The off-season acquisitions of Steve Nash and Dwight Howard let everyone know the Buss family would not sit idly by while the Miami Heat skated to another title.

Mike D’Antoni, not Phil Jackson, is now in charge of making sure that doesn’t happen.

So much for getting the band back together even though it was fun to talk about while it lasted.   D’Antoni now has until June to right this Lakers ship.  If he doesn’t, Lakers fans won’t be the only ones singing the blues.

49 Replies to “So much for getting the band back together: Lakers choose D’Antoni over Jackson as their next head coach”