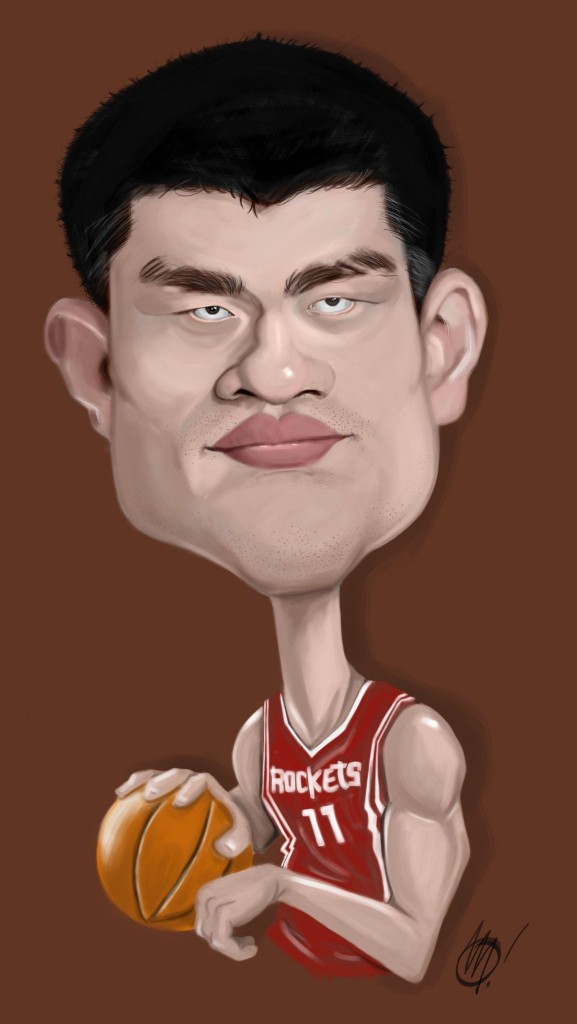 I think, as sports fans, we’re getting a little soft.

There was a time when receiving entry into the Hall of Fame or having your jersey retired meant you were among the greatest of all-time, that your contributions to the sport were unrivaled and that the numbers on the back of your sports card were as unprecedented as any who came before you.

I’m not so sure that’s the case anymore.

The Houston Rockets announced this week that they will retire Yao Ming’s number.  Now don’t get me wrong, Ming’s contributions off the court are immeasurable.  He was the Rockets’ number one draft pick in 2002.  He was an ambassador for the game in his native China and probably introduced countless of new fans to the NBA.

But he was never what one could call a dominant force on the basketball court.  Isn’t that what having your number retired is all about?

Sure, he finished with career averages of 19 points and nine rebounds per game but in his eight seasons in Houston, rarely did he manage a full one due to injury.   In fact, he only played 486 career games in the NBA and only once did he get his Rockets out of the first round of the playoffs.  He never led the league in anything other than height and was never, in any of his eight seasons, a member of the first-team all-NBA.

The Rockets have retired six numbers, five of which were players: Clyde Drexler, Moses Malone, Calvin Murphy, Rudy Tomjanovich and Hakeem Olajuwon, all of whom were considerably better basketball players than Yao Ming.  Regardless, Ming will now join this dynasty. 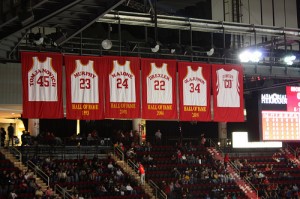 In 2011, Yao retired after losing too many battles to the consistently nagging injuries that come with being an insanely large human being.  He did so as the Rockets’ sixth leading scorer in franchise history behind Malone, Murphy, Rudy T, Hakeem and Elvin Hayes whose number Houston has not retired.  Yao’s accomplishments are noteworthy and one day soon Houston will have a ceremony acknowledging them.

But retiring one’s number, or entry into the Hall of Fame, used to be an honor awarded to the greatest and not just the very good.  I’m not sure Yao Ming is that guy.  Maybe I’m wrong.

If Houston wants to recognize Yao for what he did for the franchise both on and off the court, then more power to them and the night they’ll spend celebrating in his honor.  But if they were to simply honor Yao Ming for his contributions on the court, I can’t help but wonder if those warrant hanging his jersey from the rafters.

35 thoughts on “Houston Rockets to retire Yao Ming’s jersey but is he worthy?”