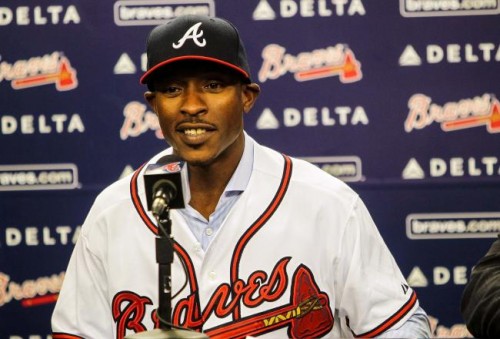 For years, the Tampa Bay community maintained an odd sort of love/hate (but mostly hate) relationship with their former centerfielder, BJ Upton.  I say former because that all ended last week.  After signing a lucrative five-year, $75 million contract, Upton is now a member of the Atlanta Braves.

Personally, I’m happy for him.  This was money he was not going to get in Tampa, who only last year re-signed him to a one year deal worth $7 million.  That’s a far cry from his actual market value, as Atlanta just demonstrated.

Albeit a far less cynical sports market than cities like New York, Boston or Philadelphia, BJ Upton received his fair share of criticism in Tampa, often inexplicably so.

Upton may not have been the most clutch player in a Rays lineup that finished 27th in the majors in hitting, but he had his share of big hits over the years.  For some reason, Tampa Bay fans were always quick to forget those, jumping on him a touch harder than anyone else in that lineup. 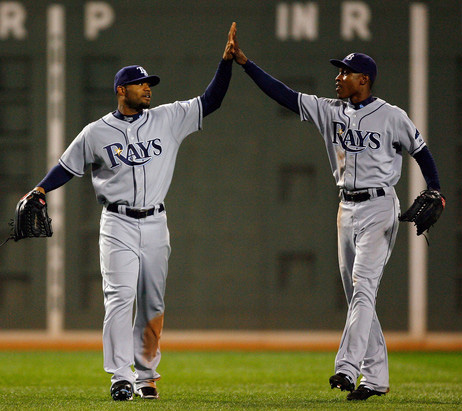 Perhaps Upton was his own worst enemy, giving Rays fans high expectations early, batting .300 in only his second year in the league, hitting 24 homers and stealing 22 bases.  In his five seasons after that, he never sniffed .300 again.  He’s currently a .255 career hitter but that’s Ruthian considering how futile the Rays lineup has been.  Upton also had a career high in home runs last year (28) and led the team in RBIs.  He may not have had the strongest arm but defensively, Upton covered a lot of ground.

BJ was never what one would call a great player but he was a pretty damn good one.  Still, he never received the fanfare of a Carl Crawford who Rays fans got all misty-eyed about when he left for Boston to hit only .255 then fall victim to rotator cuff surgery and eventually get traded to Los Angeles.  Upton will be lucky to get a ride to the airport.  Rays fans loved Crawford, they tolerated Upton. My guess is that Upton will have far more success in Atlanta and more importantly, he’ll be appreciated.  That chip on his shoulder will be all the motivation he needs. 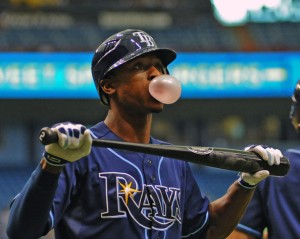 I’ve met BJ Upton before.  He’s come into my club.  Aside from acting like any professional athlete would, chilling in the VIP section with a touch of prima donna when the deejay wouldn’t play his favorite song at a moment’s notice, he was genuinely a nice guy.  He tipped well and was always cordial.  Upon meeting him, you could tell he just wanted to be liked.  I’m not so sure he ever got that from Rays fans.  Every baseball season, we’d call our local sports talk shows and complain about how BJ didn’t do this or didn’t do that the night before, giving him far more grief than anyone else in a lineup full of players who couldn’t hit their weight.

Now BJ starts anew, at only 28 years of age and in the prime of his career, playing on an Atlanta Braves team that should contend.  He leaves the Bay area behind, taking his 450 career RBIs and 230 stolen bases along with him.

I for one will miss BJ.  While other former Rays have struggled after leaving the Trop, I have a suspicious feeling that won’t happen to BJ.  The Rays are going to miss him more than they’re willing to admit.  Here’s hoping they treat his replacement a little better than they treated him.