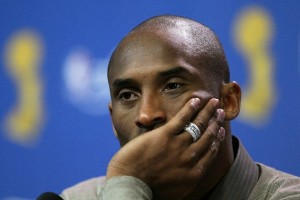 Is it wrong that I’m feeling euphoric over the Lakers’ current suffering?

I consider myself a loving person, never taking enjoyment in the misery of others, but this Laker fiasco is too glorious not to celebrate.

Let it be known, I’ve never been a Lakers fan.  I’ve always respected the organization for its history but like ‘em?  Not a chance.

First, there was Kobe Bryant needing only one more championship to equal Michael Jordan’s six, giving those annoying Kobe-homers yet another illogical reason to believe 24 is better than 23.

Don’t get me wrong.  I would have ended up hating any team Dwight Howard left Orlando for, but once he settled in Los Angeles, the hatred multiplier went into full effect.

After a confounding 9-13 start, this Lakers team is more of a mess than your living room on Christmas morning.  Lack of defense, no Steve Nash, the entire team playing uninspired basketball.  Mitch Kupchak already fired one coach and has hired another who many believe might also be run out of town if he can’t right this ship, making them probably the first team in professional sports history to fire two head coaches in one season.  (I’m sure there’s been another, I just didn’t feel like looking it up.)

Things in La La Land are definitely getting hot under the collar.  Kobe’s losing his cool, coach Mike D’Antoni’s cursing at reporters and Dwight Howard still can’t hit a free throw.  You know things are bad when Ron Artest is the only one on your team not losing his temper. 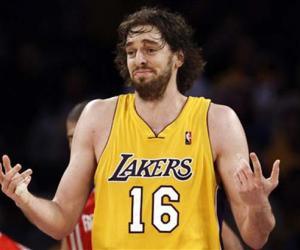 The Lakers are struggling mightily to find any sort of identity; they’re that smoldering wreck on the interstate you can’t turn your head away from while driving by.  With losses already to Orlando, Sacramento, Cleveland, Portland and Utah twice, the Lakers are hoping defense isn’t the only thing that wins championships, because right now, they’re not playing any.  They rank 19th in the league in defense, allowing just shy of 100 points per game.  Apparently, Dwight Howard forgot to pack his Defensive Player of the Year Awards on his move out West.

Of course, it’s a long season.  The Lakers will make the playoffs.  They have too much talent not to.  When Nash returns, he’ll serve as a calming influence.  The Lakers will also likely pull the trigger on a trade to suit their style of play.  The powers that be at the Staples Center just need to figure out what that is because right now, what they’re doing is not working.