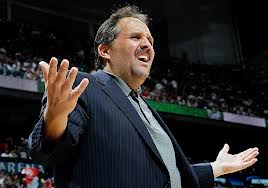 One minute, things are going grand.  Life is a blur, wins are coming a dime a dozen, you’re coaching a roster full of future Hall of Famers and the next moment… you’re GONE.

Then you find good fortune once again.  You build your new roster with more quality talent, this time perhaps better than before.  You boast even more success until you nearly reach the pinnacle and BAM!  You’re out a second time.  Don’t let the door hit you.

Being an NBA head coach who’s been fired from two different, high-profile positions, both times in unsavory fashion, carries a stigma that’s hard to shed.

Stan Van Gundy never got his chance to ride off into the sunset, despite being a pretty damn good basketball coach.  He’s made his millions and won his fair share of ballgames yet probably still won’t be hired by any team any time soon.  But the guy could coach some basketball.

Do you know how I know that? 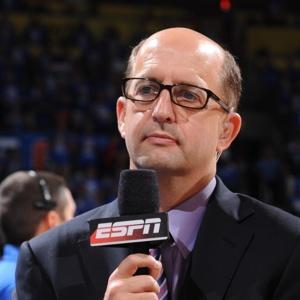 On the flipside, most basketball fans consider Stan’s younger brother, head coach turned ESPN analyst, Jeff Van Gundy, to be a pretty successful coach.  Jeff’s name routinely surfaces as a potential replacement to whichever coach has become casualty of the month.  His brother Stan, however, who boasts a better regular and post-season coaching record, is never mentioned when vacancies come about, assuming he’d even want that at this point.  Being escorted out of Florida’s two, professional, basketball franchises must have left a bad taste in his mouth.  Perhaps the new Seattle franchise is hiring, although 3500 miles away might still be too close to his Sunshine State Sayonaras.

I was an Orlando Magic fan during their second (and first) runs at a championship.  I saw firsthand what Stan Van was able to create out of a team that, only years earlier, tried to attract fans to the Amway Center by using the marketing slogan “Heart and Hustle.”   They might as well have told fans “We suck but we try!  Please come buy a ticket!”  This was your post-Shaq, pre-Tracy McGrady Magic.

The older Van Gundy replaced Brian Hill, who replaced Johnny Davis, who replaced Doc Rivers who coached that Heart and Hustle team and won NBA Coach of the Year by doing so.  Rivers later went on to win a title with the Boston Celtics.

Stan Van Gundy never got that lucky.  He coached a pre-LeBron Miami Heat team that won 59 games but was summarily fired (or resigned, depending on who you believe) after starting the subsequent season 11-10.  Pat Riley immediately took over and won a title.  As Miami was getting fitted for their championship rings, Stan Van Gundy’s neck was being fitted for its albatross.  It fit nicely.

Two years later, Stan Van was hired in Orlando.  He won no less than 52 games in each of his first, four seasons until the Dwight-Van rumble went into full effect.  I don’t really feel like reliving that drama but you can read about it here and here and here.  Neither Stan Van Gundy nor Dwight Howard is currently employed by the Orlando Magic. 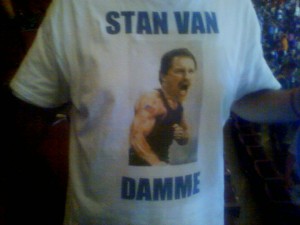 There was a time, however, when Stan Van’s Magic were challenging for an NBA title and that he had become, dare I say, a cult figure in Orlando.  The fans loved him and why shouldn’t they have?  He had recreated a winning culture in a city that had barely known one.  He demanded the best out of his players, just as any successful boss in any line of work, would do.  For a brief playoff run, he got that out of them.

In the 2008-09 season, Orlando surged through the NBA playoffs, ultimately losing to the Los Angeles Lakers in the Finals.  During that run, Stan’s Magic beat the LeBron-led Cavaliers, the Iguodala-led Sixers and the Pierce and Company led-Celtics before faltering on the NBA’s biggest stage.

Three years after failing to duplicate that success, Orlando cut Stan loose.  The Magic disappeared and remain irrelevant.  Unlike his brother, his name has yet to resurface among coaching vacancies, despite being overqualified.  Because of two individuals in particular, Pat Riley and Dwight Howard, Stan Van can’t find work.

Our natural instinct for revisionist history keeps Stan Van jobless.  He’s considered a hothead who got ran out of town (twice) for his refusal to kowtow to star players but in this case the numbers do not lie.  Van Gundy can coach ‘em up.  It’s just too bad he can no longer find a place to prove it.

35 thoughts on “A Tale of Two Van Gundys”