The internet is growing faster than ever, and what is fueling the growth is available content. Up until recently, most of the content on the internet was in English. With globalization and localization, more and more people have reasons to go online. Localization and acculturation are also the driving forces behind the growth of online gambling, not just in western countries, but also in Arab countries. 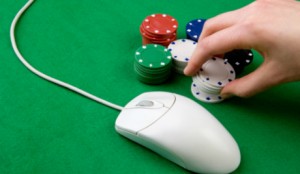 Technically speaking, gambling in all forms is illegal in any Arab country. Not just because of any local law or any religious grounds. Rather, it is the way religion or Islam is treated by Islamic countries. For a Muslim, the Qur’an is not just a religious book. It is treated almost like a constitution or a body of law. One of the tenets of Islam is that gambling is forbidden. As interpreted by Arab countries, it means that gambling is illegal.

In actual practice, due to the openness of the internet, anyone living in an Arab country can still access gambling sites, which are almost all located outside of the Middle East. Arab governments understand this and know that they cannot have these gambling sites closed down. Instead, they block the access of these sites, which makes it hard for their citizens to play in online gambling sites or online casinos.

That does not mean that Arabs do not play on online gambling sites. The truth is that the number of Arab players is growing faster than ever before. Arab players are also technically savvy, and use different ways to access online casinos. Besides, there are sites that offer information about casino games that were developed particularly for Arabs and in their language like online-casino-gambling-strategy.com/.

This is also the case in card games like poker and Blackjack. There are several sites that aim to attract Arab players to play poker and Blackjack. Most major online casinos also have Arabic pages. Online poker has growing following ratings among Arabs. In a recent survey, Lebanon has the most number of online poker visitors with other countries not too far behind.

One of the most popular games amongst Arabic players is Blackjack, or in Arabic “بلاك جاك “. It’s a card game with the aim of having a higher card total as close to or equal to 21. Although, there are other players on the table, the player only compares his cards with the dealer. If his cards are higher than the dealer’s without going over 21, then he wins. The game is fairly simple and it has always been a staple of casinos. The popularity of Blackjack may have waned a bit due to the increased popularity of poker, but it still draws a large following.

There are however, some Arabic sites and places where betting is allowed. Horse racing is a big event in Arab countries and in this, betting is not considered as gambling and it is allowed. The Dubai World Cup has a purse of $10 million and is the world’s richest horse race. The race is managed by the Emirates Racing Authority (ERA) and is held annually on the last Saturday of March. Their website, emiratesracing.com provides updates on the country’s races. With a large purse, horses from around the world participate in important races in the Emirates. The inaugural Dubai World Cup was won by Cigar, a Hall of Fame horse from the United States.

It is apparent that gambling is alive and well in Arab countries, and players and enthusiasts can find ways to overcome boundaries and prohibitions and play whenever they want to.a href=”http://emiratesracing.com/” target=”_blank”