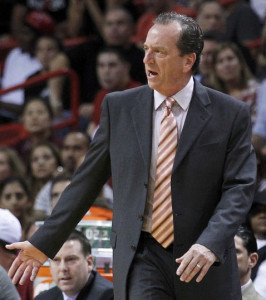 The Milwaukee Bucks fired their interim coach on Wednesday.  His name was Jim Boylan.

Boylan took over for Scott Skiles when Skiles left the team in early January.  In his absence, Boylan and the Bucks made the playoffs but were summarily swept by the heavily favored Miami Heat.

Now, let’s get a few things straight.  I’ve never been to Milwaukee, I don’t ever plan on going to Milwaukee and I haven’t watched a Bucks game in its entirety in years.  Here’s what I do know.  The Bucks, despite a rich history, are currently, tragically irrelevant.  So, I ask you, what does it matter who coaches them?

They haven’t won a division title in twelve years and before that, they hadn’t won one since 1986.  That’s not exactly carrying on a winning tradition.  Once upon a time, the Bucks had both Kareem Abdul-Jabbar and Oscar Robertson on their roster.  That must have been fun to watch.  Those two led Milwaukee to their only NBA championship in 1971.

Since then, no amount of beer has been able to quench Milwaukee’s forty-year drought.

Don’t get me wrong.  They haven’t been totally bad since then.  In the early 1980s, coached by Don Nelson and led by Sidney Moncrief, Paul Pressey, Terry Cummings, Ricky Pierce and Jack Sikma, the Bucks rattled off seven, straight seasons of fifty-plus wins.  They reached the Eastern Conference Finals three times during that stretch.  They just had the misfortune of running into either the Boston Celtics or Philadelphia 76ers.

They made the Eastern Conference Finals again in 2001 with Ray Allen, Sam Cassell and Glenn Robinson.  But that’s been pretty much it.  In the past 22 years, they’ve made the playoffs eight times, making it out of the first round only once.  Like I said, irrelevant.

Which begs the question, what must the Bucks do to become relevant once again?  It’s been so long, they might not even know.  Their star backcourt of Monta Ellis and Brandon Jennings can shoot the lights out of the ball on any given night but they also shoot only 40% from the floor, neither of them ranking in the top twenty in field goal percentage in their respective positions.  The way the league is currently comprised, that frontcourt duo, combined with the rest of their roster is not going to win any championships any time soon.

So my next questions are, and this is coming from an impartial observer some 1300 miles away, who do the Bucks think they are and what coach do they think might make contenders out of that team?  (Stan Van Gundy anyone?)  I’m not saying Boylan shouldn’t have been fired.  I’m saying Milwaukee is a hell of a lot more than just a coach away from once again being a threat in this league.

I feel for the Milwaukee fan.  What exactly do they have to be excited about, other than the occasional night where either Ellis or Jennings scores fifty?  They’d have better luck selling tickets to two-on-two tournaments between Ellis, Jennings, Jimmer Fredette and J.J. Reddick and yes, all four of them are on that roster. 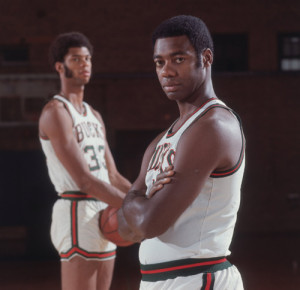 The NBA is a player’s league.  When’s the last time you heard a top player in the Association say he was taking his talents to Wisconsin?  Heck, even Yi Lianjian, their top draft pick in 2007, refused to play for them and he was coming from China.  Apparently Milwaukee’s irrelevance knows no boundaries.

The days of Kareem and the Big O, or even those great 80s teams, are distant memories for Milwaukee and their fans know it.  This year, the Bucks once again ranked near the bottom of the league in attendance.

In the end, maybe the Bucks did Boylan a favor.  Change is always good as long as we embrace it.  Milwaukee might want to think about changing things back to the way they were a long time ago.

33 Replies to “Milwaukee Bucks fire head coach, no one notices”