“You pat him on the back and say congratulations and enjoy it and tell him not to serve fried chicken next year. Got it? Or collard greens or whatever the hell they serve.”

-Fuzzy Zoeller, in reference to what Tiger Woods would serve at the annual Masters dinner after winning the tournament in 1997

“If you don’t like fried chicken and watermelon, there’s something wrong with you!”

I rarely talk about race.  Six hundred posts into a proud SportsChump history, I’ve learned there are certain issues to avoid.  Just like friendly conversation inside your neighborhood watering hole, any discussion of politics or religion is, or at least should be, strictly verboten.  I have my own beliefs about race and religion and don’t pretend to impose them upon others. 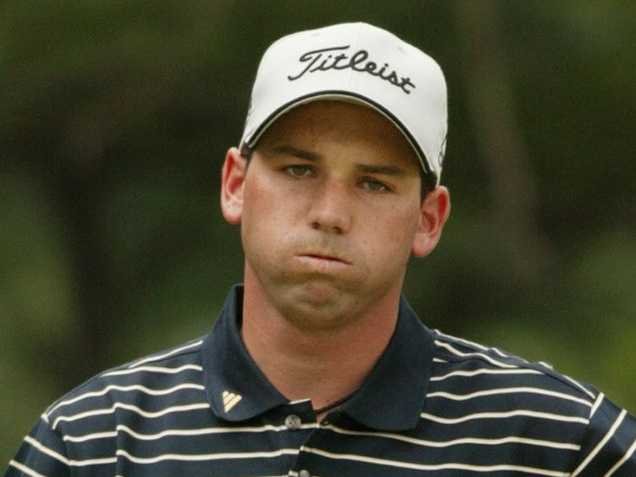 That being said, let’s talk about fried chicken.

Only a few days ago, I wrote about how the rivalry between Tiger Woods and Sergio Garcia had heated back up.  Little did I know, Sergio was about to set that burner to high.

Two weeks ago, Garcia crumbled under the pressure of Mount Tiger, recording a quadruple bogey on the 17th hole at Sawgrass, falling from first to seventh place.  His recent faux pas, however, was far more damaging than any tee shot put in the drink.

Imagine, if you will, a golf awards show, a reporter with a microphone, plenty of tuxedos, most likely an overpriced dinner and one hopelessly ill-advised statement about race.  A reporter from the Golf Channel, Steve Sands, asked Sergio whether he would invite Tiger to dinner at the upcoming US Open.  Now I’m not sure why this question was asked.  This year’s U.S. Open will be held in Pennsylvania and I’m pretty sure the Spaniard doesn’t live anywhere in the vicinity but nonetheless, Sands asked the question, setting it up on a tee and this time, the Spaniard did not disappoint, booming a delicious sound bite right down the middle of the fairway.

“We’ll have him round every time.  We will serve fried chicken.”

How’s that golf cleat taste, Serg?  Oh, to hear the silence in the room after that comment.  Nothing but racist crickets everywhere. 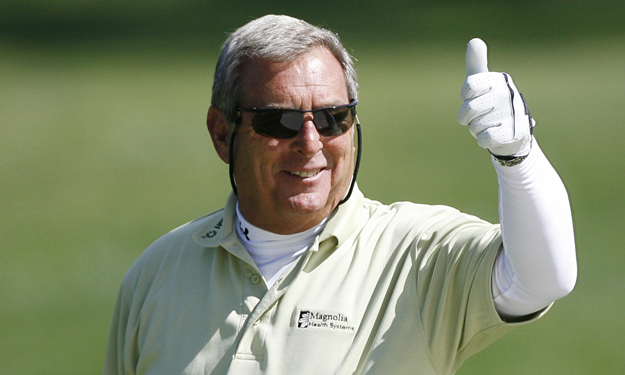 Fifteen years earlier, Fuzzy Zoeller reminded us what a little healthy racism on tour is all about, recommending that Tiger not serve fried chicken and collard greens at the annual Masters dinner after winning at Augusta National.  As you can imagine, he caused quite a stir.  Just like Michael Richards after his ill-fated, comedy club rant, Zoeller, a popular golfer on tour, was never looked at the same way again, unable to escape those comments.  But Zoeller hails from just outside Kentucky.  If nothing else, his comments were understandable knowing our nation’s struggles with racism in the South.

You could at least see them coming.

But what exactly did Sergio mean with his fried chicken line?  Is he a racist?  Was it homage to Fuzzy’s fifteen minutes fifteen years earlier?  Was he trying to show us he has a sense of humor?  And what the hell does a Spaniard know about fried chicken and its racist connotations anyway?   I guess we have Zoeller to thank for expanding our own particular brand of racism across the pond.

In my most humble opinion, Sergio was trying in his own feeble way to poke fun back at Tiger without realizing how sensitive we still are to race in this country.  By no means am I defending Sergio’s misplaced and totally unoriginal racism.  His comments will likely alienate what little of a fan base he has left, not to mention warrant a fair amount of heckling at the upcoming Open.  If I were Serg, I’d avoid making eye contact with any of the darker-skinned fans in the gallery just in case. 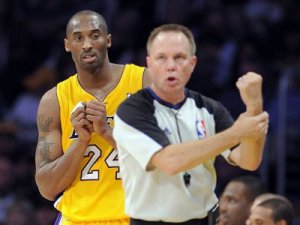 For one second, let’s imagine Sergio played in the NBA, a primarily African-American sports league run by a minority commissioner who is sensitive to such manners. Two years ago, Kobe Bryant was fined $100,000 for hurling a gay slur at an official.  I can only imagine what dropping a fried chicken comment would cost a player, not to mention the foul he’d receive from a black man twice his size the next time he drove the lane.

So enjoy your sangria and paella, Serg, and continue to apologize for what you know not.  Those apologies will fall on deaf ears.  And if you’re going to be racist, please make sure you’re well-versed in such matters, perhaps picking up a history book or better yet, season one of the Dave Chappelle show, a little more creative next time rather than using someone else’s trite, old material.

In the meantime, the rest of us will be enjoying our fried chicken.