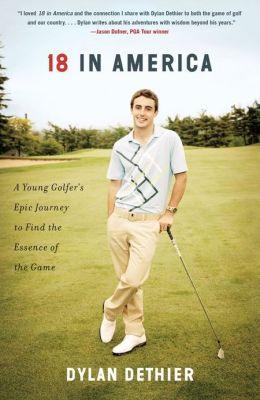 Before I proceed with my review of Dylan Dethier’s 18 in America, let me first say that two things will piss you off about this book.

Dylan Dethier, the book’s teenage author (and no, the book was not co-written), started taking his golf game seriously once “a twenty-one-year-old named Eldrick Woods was fist-pumping his way around Augusta National.  All of a sudden, golf looked as if it might be sort of cool.”

What followed, 18 in America, is Dylan’s story.  Leave it to a kid named Dylan to write something poetic.

Before you mistake him for your spoiled, run-of-the-mill, country club brat, you should know he’s far from it.

And so, on a whim, Dethier decided to discover golf in America.  Right after high school and right before college, Dethier embarked upon a project you will be better off for reading, regardless of whether you’re a golf fan or not.  After digesting 18 in America, you might just become one.  Dylan’s journey encompasses one school year, at least one round of golf in the lower forty-eight states, just him, his beat-up Subaru, $5,000 in cash and a roll of duct tape his father had given him in case of emergency. 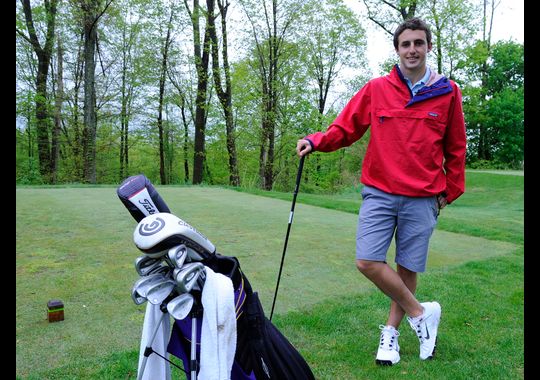 18 in America is a heartfelt, introspective, coming-of-age story, Jack Kerouac meets Jack Nicklaus.  From New York to Pennsylvania, on to Ohio and Michigan, up through the Dakotas and onward, with every stop, 18 leaves you wondering what Dylan will discover next, not only about golf and our beloved country, but about himself.

As you thumb through the pages of 18, and you’ll do so relatively quickly as it’s a difficult book to put down, you’ll find yourself wanting to be Dylan the way you would the protagonist of your favorite movie, minus the oyster cracker and peanut butter diet, the infrequency with which he did his laundry and the evenings his Subaru slumber was rudely interrupted by police officers, park rangers or truck stop vagrants trying to break in through his passenger door window.

“Golf gave me a sense of purpose. I relished that time of day when I would get into my car and type “golf course” into my GPS and drive to the nearest one that showed up.  I had been seeing, over and over, how golf can step in when the rest of life comes up short – how the game has a way of filling in the divots in people’s lives.”

In his cross-country quest, he encountered plenty of lonely times but also an oddball cast of characters like the three straight nights he spent playing blackjack with a truck driver in Cabazon which almost cost him his entire savings, the shifty Vegas Johnny who tried to hustle him on the course or the motivational scooter salesman who insisted on giving him a nickel tour of the Lone Star State. 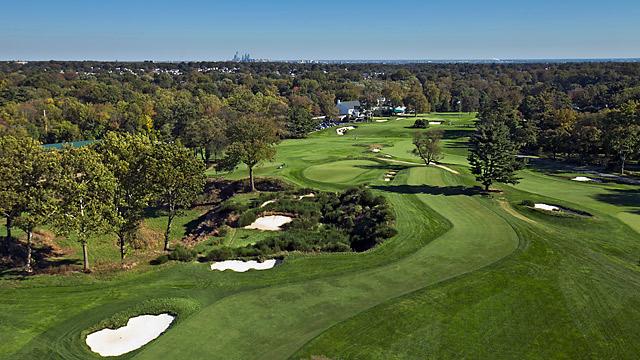 As his trip progressed, Dethier’s story started picking up nationwide recognition.  He snuck into a hotel one morning to illegally partake in their continental breakfast, a habit he picked up early in the trip to save money, to discover his story had made the USA Today.  With his growing popularity, ritzier golf courses began welcoming his arrival which is how he ended up teeing off at courses like Pebble Creek, Sawgrass and Merion, the home of this year’s US Open.  There are several other pleasant surprises he encounters along the way but I’d hate to spoil the fun as this is a book that you really should read.

One thing stood out most about 18 in America.  As a burgeoning golfer who tries not to obsess about score, you’ll notice Dethier rarely reports his.  In the first two hundred pages, he mentioned score only twice.  Here’s why.

“By the time I’d hit Missouri, I’d decided that keeping score was the best – but also the worst – thing about golf.  The way we try to reduce the success of a four-hour athletic endeavor shared by friends down to miniature pencil numbers squeezed onto a four-by-six inch piece of paper is absurd.  We ruin lots of beautiful experiences by quantifying them. Golf courses, though, aren’t made to be painted by number. They’re made of opportunity and failure and creativity, because in reality, the golf course – not the scorecard – is the canvas.”

I told you he was a better writer than you or me.

What Dethier ultimately discovered was how following his dream affected those he ran into along the way.  Reading about his trip might affect you in the same way. 18 in America is about taking chances.  It will make you toss your clubs in the trunk and schedule a tee time.  It might even make you drive a little farther to your next round just to see what life holds in store.

15 Replies to “Book Review: 18 in America by Dylan Dethier”