“So that was Mrs. Lundegaard on the floor in there. And I guess that was your accomplice in the wood chipper. And those three people in Brainerd. And for what? For a little bit of money. There’s more to life than a little money, you know. Don’tcha know that? And here ya are, and it’s a beautiful day. Well. I just don’t understand it.” 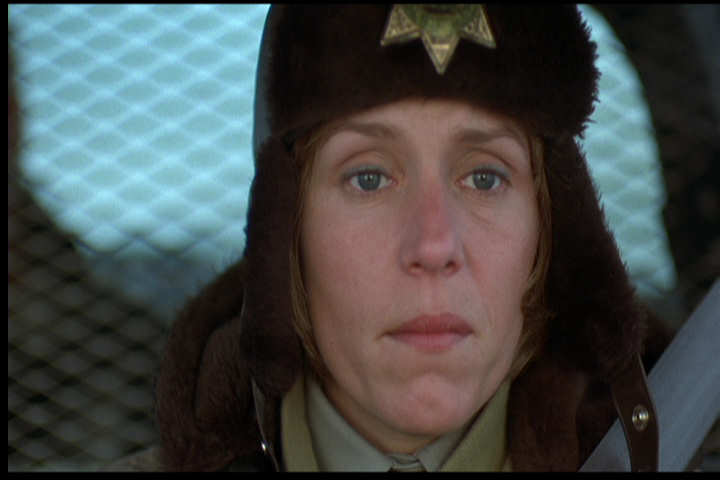 That line comes at the end of Fargo, the 1996 Coen Brothers classic.  McDormand, who won an Academy Award for her portrayal of Marge Gunderson, is driving Peter Stormare in the back of her police car, having just arrested him for the gruesome murder of several different people in the snow white town of Fargo, North Dakota.  McDormand’s role as the pregnant, idealistic yet no nonsense police chief is the perfect contrast to basically every other character in the film.  About to bring a new life into the world, she is confounded by how others could be so evil.

I’m not pregnant, nor do I own an Academy Award, but I feel the same way Marge did every time I hear a star athlete, with so much to lose, gets mixed up in the circumstances that Aaron Hernandez now finds himself.  Who knows why the former Pro Bowler did what he did but right now, he resides uncomfortably in a Massachusetts jail cell, charged with murder in the first degree of Odin Lloyd, with mounds of evidence stacked against him.  Hernandez is also allegedly linked to other crimes.  He won’t be seeing the sun set any time soon.

We were all witness to a remorseless Hernandez as he was escorted into custody this week, hands cuffed behind his back, with so many questions unanswered and most of us leery to hear the details when they finally are.

Once news of the arrest broke, Hernandez was immediately released by the team he played for, the New England Patriots, with his jerseys removed from their gift shops, as well as the NFL’s website. 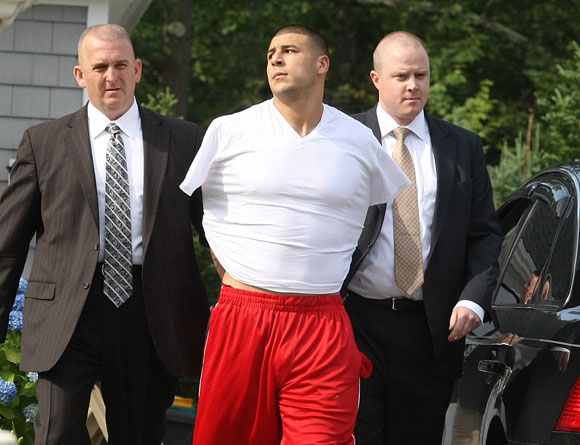 There was a time when I rooted for Hernandez.  I watched and cheered as he won a national championship with the Florida Gators.  He ran Urban Meyer’s triple option to a tee.  From afar, none of us knew know anything about him, just that he was a damn good football player.

It makes one question who and what we’re rooting for, doesn’t it?

We don’t really know professional athletes, what drives them or what disturbs them.  We watch them on their field of play and form opinions based on their actions, their efforts or their interviews.  We follow players blindly, cheering for them because of the jerseys they wear, the touchdowns they score or the home runs they hit.  We’re sports fans.  That’s what we do.  And that’s why so many of us are turned off by sports and the athletes who play them as more and more think the rules don’t apply.

I don’t mean to group all athletes in with the obviously troubled and now incarcerated Hernandez but tragedies like these remind us to keep things in their proper perspective.  There are troubled souls in all walks of life.  They just don’t receive the fanfare.  Hernandez is not the first athlete to lose it all for his alleged actions and he won’t be the last.  But somewhere along the line, we need to start learning right from wrong.  Like Sheriff Gunderson and the Coen brothers told us, there is more to life.

While most of us anxiously await the start of the upcoming football season, I’m pretty sure the family and friends of Odin Lloyd, and whoever else fell at the hands of Aaron Hernandez, could give a flying leap what the Patriots are going to do at tight end this year.  Their losses are far more significant.

28 Replies to “The sad, sad story of Aaron Hernandez”