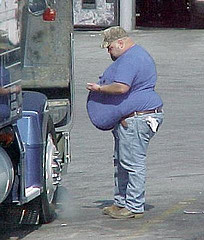 I worked for a trucking company for the better part of nine years.  One of my many responsibilities was managing truck drivers.  Prior to being hired by this company, I had zero experience with the industry itself.  All I knew about truck drivers was the over-generalized stereotypes I had heard about over the years: that they’re a bunch of overweight, bearded, baseball-capped gentlemen with big bellies, bad backs and southern accents that eat way too unhealthy and have relations with far too many lot lizards.  Despite the tens of thousands of female truck drivers out there earning a legitimate living, it is commonly perceived that the trucking industry is male-dominated, which it is.

What most people do not realize about truck drivers is that… they whine just like the rest of us.  “I don’t want to go to California!”  “What do you mean I have to do this or do that?”  Just like every other person, in every other job, who doesn’t get their way, truck drivers whine.

Which brings us to our Whiners of the Week: Wes Welker and Greg Jennings.

If there’s any profession we consider more masculine than driving a Freightliner across the country, it is the professional football player: muscle-bound, rough and tough guys, taking physical beatings, making millions of dollars, all the while putting their lives on the line for our enjoyment.  Until of course, they open their mouths. 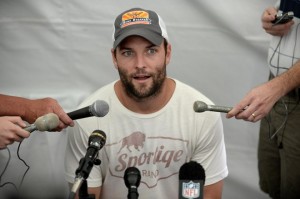 Apparently Messrs. Welker and Jennings are a tad bit unhappy with their former employers: the New England Patriots and the Green Bay Packers.  Greg Jennings, now with division rival Minnesota, claimed he was “brainwashed” by his former organization and Welker recently told reporters that his former coach, Bill Belichick, rode him a little too hard.

Excuse me while I reach for my handkerchief and violin.

Has anyone here ever played sports?  Better yet.  Has anyone here ever had a real job and been reprimanded by their employer for not getting the job done?  To make matters worse, I’m also assuming you didn’t make $7 million dollars last year like Greg Jennings did or $9 million like Wes Welker, which probably made the ass-chewing you got a little more intolerable and job-threatening.  One would think a seven-figure paycheck would get a grown man to shut the fuck up every once in a while but as we’re learning more and more, that sort of coin only distorts one’s priorities.  More than ever, athletes live in a world all their own.

So Belichick was a little hard on Wes Welker?  Earth to Wes.  Belichick is a damn football coach!  He’s supposed to yell, degrade and demoralize.  Coddling is not part of his job description.  Find me a football coach that doesn’t ride a player’s ass and I’ll show you a guy wearing a visor and polishing his resume.  An NFL coach is one of only 32 men on the planet hired to ensure that the tens of millions of dollars his franchise has invested in you sees some sort of a return.  If he has to yell a little bit in the process, then so be it. 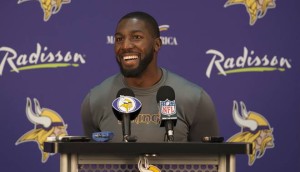 Jennings complained that his former team “brainwashed” him into thinking that “anyone in their division is tiers below” as if the Packers organization, or any other in the league for that matter, is going to tell their players “Ya know what?  The Bears are just better than us.”  Isn’t theirs historically the most rivalrous division in the National Football League?  Those teams respect, yet hate each other.  Just like the Steelers, Cowboys, Dolphins and every other damn team in the NFL, the Packers think they’re the best franchise in football, as they should.

Perhaps all this ridiculousness is just media-driven mumbo jumbo.  Maybe reporters should go back to asking pertinent questions or just maybe, players should shut their mouths and adhere to the philosophy of what’s said in the locker room stays in the locker room.  Or if they’re really that unhappy, they can always lose the seven-figure salary and get behind the steering wheel of an 18-wheeler.  They’d fit right in.  Whining is already part of the job description.

29 Replies to “Whiners of the Week: Wes Welker and Greg Jennings”