I stood there behind the bar, slinging drinks as I’d done every night for the past three years, my chosen profession.

A high school friend walked in, one who had just moved back into town.  I had seen him recently but prior to that, it had been years.  When introducing him to another, newer friend and bar patron, it dawned on me that I had known my old compatriot for thirty years.   A quarter century is a long time, thirty even longer.

Thirty years ago, in 1983, I was a wide-eyed, lanky teenager with a full head of hair and barely a clue to my name.  I was about to move overseas to a world I had never known.  Poverty-stricken yet wealthy, authoritarian-ruled yet free in so many ways, Santiago, Chile would introduce a fifteen-year old to an environment he had never before seen, changing his life forever.  I spoke no Spanish, had only made it to second base with a girl and had no idea that you couldn’t just say anything you wanted whenever you wanted.  In America you could, South America not so much.

That was thirty years ago.

A lot has changed since then.  Hair’s been lost, weight’s been gained and loves have come and gone.  Chile is no longer under authoritarian rule but I’ll never forget an old Spanish professor telling us in confidence what had happened with the government overthrow only ten years earlier.  He whispered to us, almost fearful of who might be listening.  We gathered round as if we were listening to ghost stories around a campfire.  Technically, we were.

I played little league only blocks away from where political dissidents had been allegedly assassinated, a constant reminder that every ground ball I fielded and every batter I struck out bore little importance to what went down in that stadium a decade earlier.

It was at that time that I learned one of life’s most valuable lessons:  That of appreciation.  Too often we take for granted life’s simplest values: friendship, health, family and freedom. 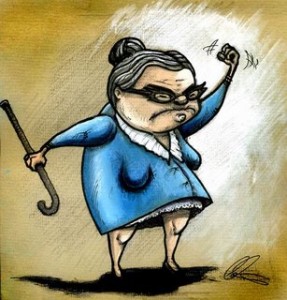 I overheard a woman at my local car wash the other day.  She was making a huge scene, literally berating every employee on site for charging her an extra two dollars to vacuum out her trunk.  The car wash obviously had to charge her for the extra labor but she wasn’t having it and she damn well let everyone know about it.  All for two dollars.

I sat there wondering what could be so wrong with this woman’s life that she was causing such a stir over pocket change.  I was tempted to hand her the two bucks just for peace of mind.  It would have been a small price to pay.

That’s the problem these days.  Too many of us fail to enjoy the simple things in life: to laugh, to love and to appreciate.  The friends I’ve made in my lifetime are a pleasant reminder of what to value.

I hope I never get like that old lady.  Oh, and if I do, please be sure to hand me two dollars… and a vacuum.

28 Replies to “Please excuse me while I have a moment: A tale of friendship, appreciation, car washes and a two dollar bill”