The other night in Houston, one man put his face in the butt of another and didn’t even have the decency to do it in the privacy of his own home.  This time around, there were 25,000 fans there to see it.  Well worth the price of admission… or not.

In the very first inning of Tuesday night’s baseball game between the Reds and the Astros, with Houston already down 4-0, Villar tried his best to stretch a single into a double.  Instead, he got tagged out in the most memorable of fashions.  Phillips fielded the throw but didn’t have time to turn around.  Instead, he stretched his glove out underneath his legs to make the tag.  Villar was called out, with his momentum carrying him directly into Phillips’, well… rectum. 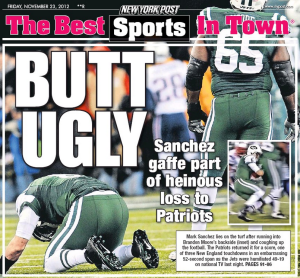 The play led ESPN to ask the ever-important question of which derriere-related incident was more embarrassing: Villar’s slide or Mark Sanchez’ butt fumble of last year.  Ah, the merits of hard-core journalism.  To make matters worse, not only did the woeful Astros lose that game 10-0, it marked their 100th loss of the season.  And just when Villar thought things couldn’t get any worse, he got a mouthful of Brandon Phillips’ ass.

So, to celebrate the ineptitude of this year’s Houston Astros, I’ve decided to host a caption contest in their honor.  The reader to come up with the most creative caption for the picture below will receive one free roll of toilet paper, some floss, one lesson on how to properly slide into second base and a nice, firm pat on the ass. 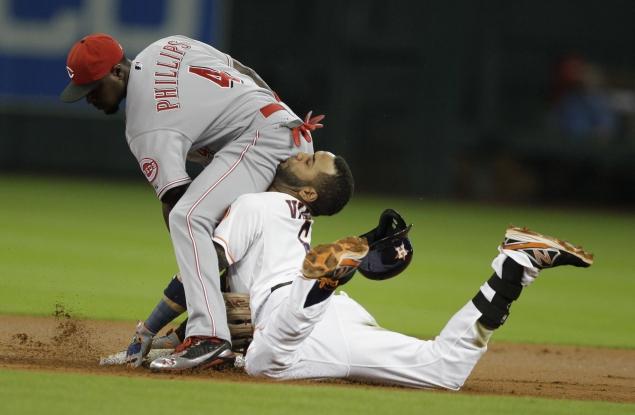