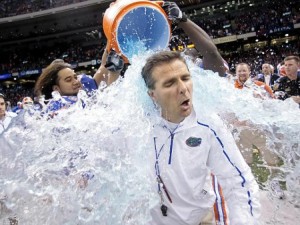 The following is a frightfully true story about football, lust… and cheese dip.

For those of you who have read Episodes One, Two, Three, Four and Five of my Brushes with Sports Greatness series, you’ll recall I tend to find myself in the most peculiar of predicaments.

Florida’s former head football coach Urban Meyer had already made his mark on the town, winning a national championship and making most Gator faithful, if only for a while, ask Steve who.

I was between girlfriends at the time so I met this girl out for a dinner date.  Let’s call her Gabby.  Please note that all names have been changed to protect the innocent, except of course for Urban Meyer’s.

Gabby and I met for margaritas one happy hour at a local Mexican joint.  Ironically, I had worked as a dishwasher in the kitchen of this very same establishment a lifetime before when it was a fine dining restaurant under a different name.  Yet there she and I sat, my dishwashing past long behind me, conversing at the sunken bar in the right center of the place, seeing where things would go and how tequila might take them there. 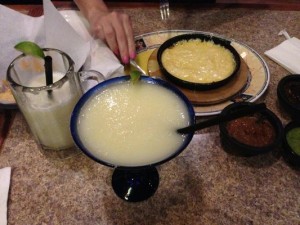 Gabby and I had been sipping on margaritas and getting to know one another for a good thirty minutes or so, when a sudden hush fell over the place, with good reason.  Coaching greatness had just entered the building.

In walked Urban Meyer, and his daughter, on a random afternoon.  It was like buying a pack of baseball cards and finding a Yasiel Puig rookie card, except different because nobody buys baseball cards anymore and Urban Meyer is not a Cuban-born, home run slugging outfielder who plays for the Los Angeles Dodgers whose rookie cards might actually be worth something someday.  But honestly, who would have thought, of all the gin joints in that town, that Gabby and I would be sitting directly across from the man who would bring two national championships to the University of Florida (before breaking our hearts and leaving to coach The Ohio State University, which is clearly a story for another time).

Regardless, my date and I were knee-deep in margaritas and starting to get our flirt on.  Who was Urban Meyer to interfere with MY efforts at coaching greatness?  Or Gabby’s for that matter. 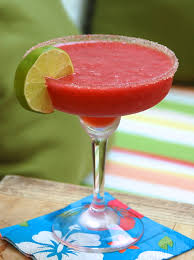 Meyer ordered some froufrou, rainbow-colored, frozen margarita.  I later told the bartender that I wanted to buy Coach his next one.  The bartender told me not to bother, that he was only having one, essentially implying that a) he didn’t want to be bothered and b) his four-million dollar salary dwarfed the $40 grand a year I was making at the time.  But hey, it’s the thought that counts.  Besides, what kind of modern coaching legend drinks frozen drinks anyway?  I can’t see running into Nick Saban at my local Wet Willie’s.

So as Meyer sat across from us at the bar and the rush died down, Gabby and I continued to get sloshed on margaritas and tequila chasers.

And of course, we ordered the obligatory appetizers: nachos, salsa and spicy cheese dip.

The date was going well.  I could tell so because the tequila was helping Miss Gabby, let us say, loosen up.  She started getting flirtatious.

That’s when we saw it.

Coach Meyer ultimately went on to win another championship in Gainesville and I went on to get Gabby onto my sofa.  I can only think finger-lickin’ good cheese dip and your friendly neighborhood margarita were the inspiration for both.