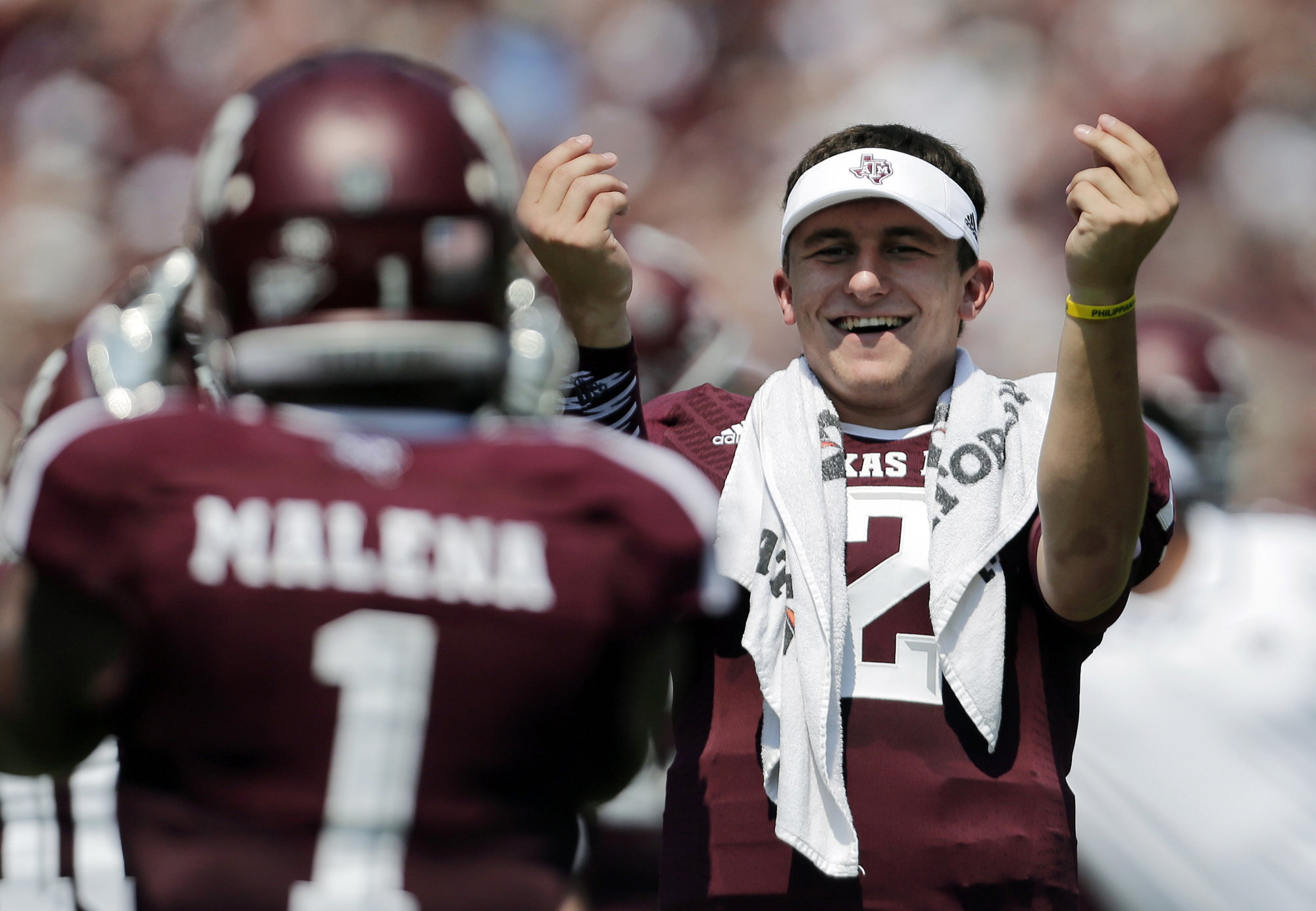 Texas A&M’s Johnny Manziel, right, celebrates a touchdown by teammate Ben Malena (1) during the first quarter of an NCAA college football game against Rice, Saturday, Aug. 31, 2013, in College Station, Texas. Manziel has been suspended for the first half of the team’s game for what the school said was an “inadvertent” violation of NCAA rules by signing autographs. (AP Photo/Eric Gay)