“And the Boston Red Sox are World Champions!” 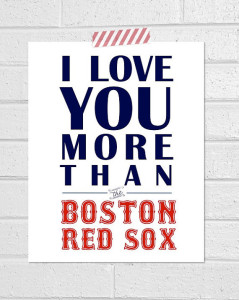 I’ve been in love before, several times actually.  We all have, if we’re lucky.

Moving on from those we’ve loved is never easy.  But move on we must when the time comes to do so.

I recently explained to you all that, no matter how difficult or even inexplicable it may have been, I have switched allegiances, moving on from my life-long, unquestioned and undying love affair with the Boston Red Sox to the team that resides in my new home town, the Tampa Bay Rays.

My rather obsessive fondness for the Red Sox outlasted any other unhealthy relationship I’ve ever had by far.  For well over thirty years, I suffered through the highs and lows, the ebbs and flows, the Buckys, the Buckners and the Boones, finally celebrating when they won (twice) some ten years ago.  But after settling comfortably in a new home town, that boasts a pretty good baseball team of their own and a division rival of Boston’s to boot, it became conflicting to root for them both.

My affair with Boston had run its course, unimaginable to those who have known me the longest.  And now, quite ironically, the Red Sox, my former love, find themselves on the verge of yet another World Series title. 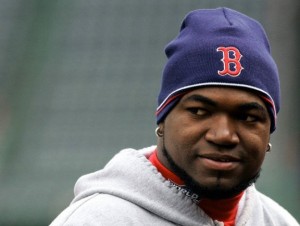 Perhaps we broke up too soon.

No sooner had I expressed my affinity for another did I find my former love rejoicing once again, leaving me banging against the chapel window like Dustin Hoffman in the final minutes of “The Graduate.”  Here’s to you, Papi Robinson.

Don’t get me wrong.  I began gradually pulling for the Rays far prior to the Sox making this series but the decision to go southbound tore at me for years.  After all, breaking up is hard to do, but I take comfort in the fact that another Sox World Series title won’t sting at all.  If anything, it’ll make me smile.  It takes a better man to see his former love move on and experience joy with that doctor, lawyer or insert whichever profession is higher-paying than mine here.  I made my bed and I’m laying in it.

I can’t help but root for them in this series.  Why wouldn’t I?  I’ve also come to terms with the fact that another victory just won’t feel the same, along with all the other complicated changes that come with moving forward.

The Sox will always be my first true love.  This team and that city both deserve a championship.  They’re one win away from getting one.  They’ll just have to do so with me cheering from a distance.  I’m sure they’re just fine with that. 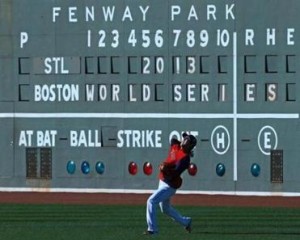 I remember walking into an advisor’s office once in college.  I was getting straight A’s in every class I took, except for my major: political science.  The advisor, rather inquisitively, asked me why I wanted to pursue a field in which I struggled, suggesting I might be a glutton for punishment.

You tell me, Doc.