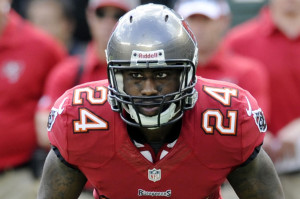 Remember the old joke about the guy who walks into the doctor’s office and says “Hey, Doc. It hurts when I do this,” only to have the doctor advise him to simply stop doing it?  Apparently, Darrelle Revis isn’t familiar with that one.  Revis is still receiving death threats via Twitter from some spurned, psychotic Jets fans with nothing better to do than Tweet about Revis and straighten up their mom’s basement.  By no means am I defending these troublemakers but maybe, just maybe, it’s time for Revis to delete his Twitter account. 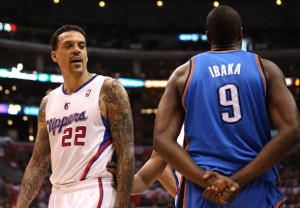 Speaking of deleting Twitter accounts, perhaps it’s time for Matt Barnes to do the same.  In a fit of rage after Wednesday night’s Clippers-Thunder game which saw Barnes and Serge Ibaka get ejected for an altercation, Barnes took to his cellphone to spit out this gem:  “I love my teammates like family, but I’m DONE standing up for these n*****! All this s*** does is cost me money.”  Notice how in delivering his N-Bomb, Barnes went neither Hard R (Riley Cooper) nor Soft R (most hip-hop) but rather full asterisk, not that it makes it any better.  Barnes has since Tweeted a lengthy apology.  I forget whether it was Jim Rome or Colin Cowherd who I first heard say that Twitter is both the best and worst thing to happen to professional sports, but they were right.  I get that emotions fly high in the heat of the moment but whatever happened to actually telling people how you feel face to face rather than using a popular website to express your true emotions.  Oh wait.  I do that here.  Never mind. 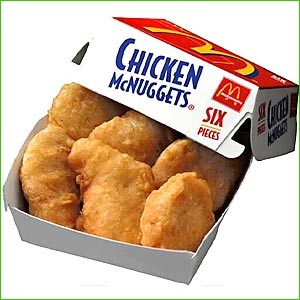 Recently Usain Bolt told the media that he won gold in Beijing by adhering to a strict diet of Chicken McNuggets and sex with strangers.  I know Bolt is famous and currently experiencing the perks of being the fastest man alive but it takes mad game to walk into a woman’s hotel room in the Olympic Village with nothing but a box full of fried chicken parts and suggest they get it on.  What ever happened to flowers and Marvin Gaye? Here’s hoping Bolt wasn’t as quick in the sack as he is on the track.

In other less shocking confessional sports news, Mike Tyson’s latest autobiography reveals the former heavyweight champion of the world ingested both cocaine and marijuana before bouts.  Tyson was allegedly high on cocaine before losses to both Danny Williams and Lennox Lewis.  You think he’d feel more energetic.  When asked how he passed drugs tests, Tyson claimed to use a “fake penis” which contained someone else’s urine.  The saddest news of all is that professional boxing was far more entertaining with a cracked out Mike Tyson in the ring than it currently is without him. 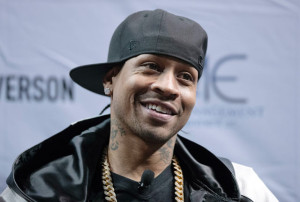 NBA legend and cultural icon Allen Iverson recently retired, which was news to those of us who thought he had done so years ago.  Iverson hasn’t played a meaningful minute in the league in about four years which means his actual retirement announcement may have lasted longer than Brett Favre’s.  Cue the comeback talk.  Iverson was recently spotted at an Eagles game, waving to the appreciative, Philadelphia crowd.  He was wearing his traditional sideways baseball cap and dookie chain which prompts the question, this guy is 38 years old.  Is he ever going to stop dressing gangsta?  I mean, I know that’s his thing and I’m not suggesting he go all suit-and-tie but he’s only got a few years before shopping for something nice to wear at his Hall of Fame induction.

Some Kentucky basketball fans recently created a website entitled 40-and-0.com, commemorating what they hoped would be an undefeated season.  They must have forgotten they had Tim Izzo and the Michigan State Spartans on their schedule.  Kentucky lost that game and their record now at stands at 2-1, a far cry from 40-0.  Perhaps they can sell that URL to Michigan State who now appears to have a far better shot at achieving that goal. 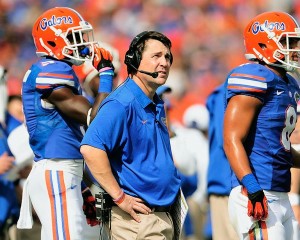 Okay, do you really want me to talk Florida Gator football?  I’ve been doing my best to hold my tongue but I’m mad as hell and I’m not going to take it anymore.  A home loss to Vanderbilt?  I enrolled in my first class in Gainesville in 1987 and I don’t ever recall our football team losing to Vandy, either at home or away.  Do you know why I don’t remember that?  BECAUSE IT DIDN’T HAPPEN!!!   Vandy hadn’t beaten Florida in 22 games.  The last time the Gators lost at home to Vanderbilt was 1945!  Households didn’t even have television sets back then… which would be a good thing since this Gator team is absolutely unwatchable.  And empty seats in the student section?  Maybe today’s college student is getting smarter.  I wouldn’t want to watch that garbage either.  I’m not necessarily calling for Will Muschamp’s head, at least not as much as every other Florida fan, but I am saying he needs to right this ship quickly or he’ll be in the same unemployment line as Lane Kiffin. 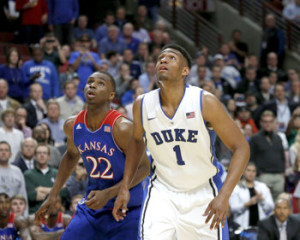 Anyone who watched highlights of Tuesday night’s Duke-Kansas game knows NBA general managers are anxiously counting down the days until next summer’s draft.  Duke’s Jabari Parker and Kansas’ Andrew Wiggins are phenomenal freshmen who certainly don’t play like freshmen.  The general consensus is that they’ll never be sophomores.  I highly recommend you take the time to see these superfrosh hoop it up for their respective programs because it won’t be long before they’re doing so in NBA uniforms.

For some inexplicable reason, we’re still talking about why Paul Pierce and Kevin Garnett don’t talk to Ray Allen.  Can we please move on from this already?  Ray Allen left Boston over a year ago to join the Miami Heat on their quest for a second consecutive title.  He hit one of the biggest shots in the playoffs to ensure that happened.  But for some reason, these guys can’t forgive and forget which doesn’t make much sense.  It’s not like they played together their entire careers and although they won a title, they certainly weren’t a dynasty.  Their Celtic bromance only lasted five years.  It’s not like it was the breakup of the Beatles, although it might have seemed like it to some Boston fans.  Like Allen, KG and Pierce are no longer wearing Celtic green.  In fact, Rajon Rondo is the only Celtic still on that roster from their 2007-8 championship and you don’t hear him bitching.  So can we move on?  Or maybe it’s just time for reporters to ask better questions.

I’ll leave you with one last thought.  I don’t know if you’ve seen this dunk yet… but WOW!  Meet Central Florida’s Javonte Douglas who, as you will see, is about to tell gravity to eff off.