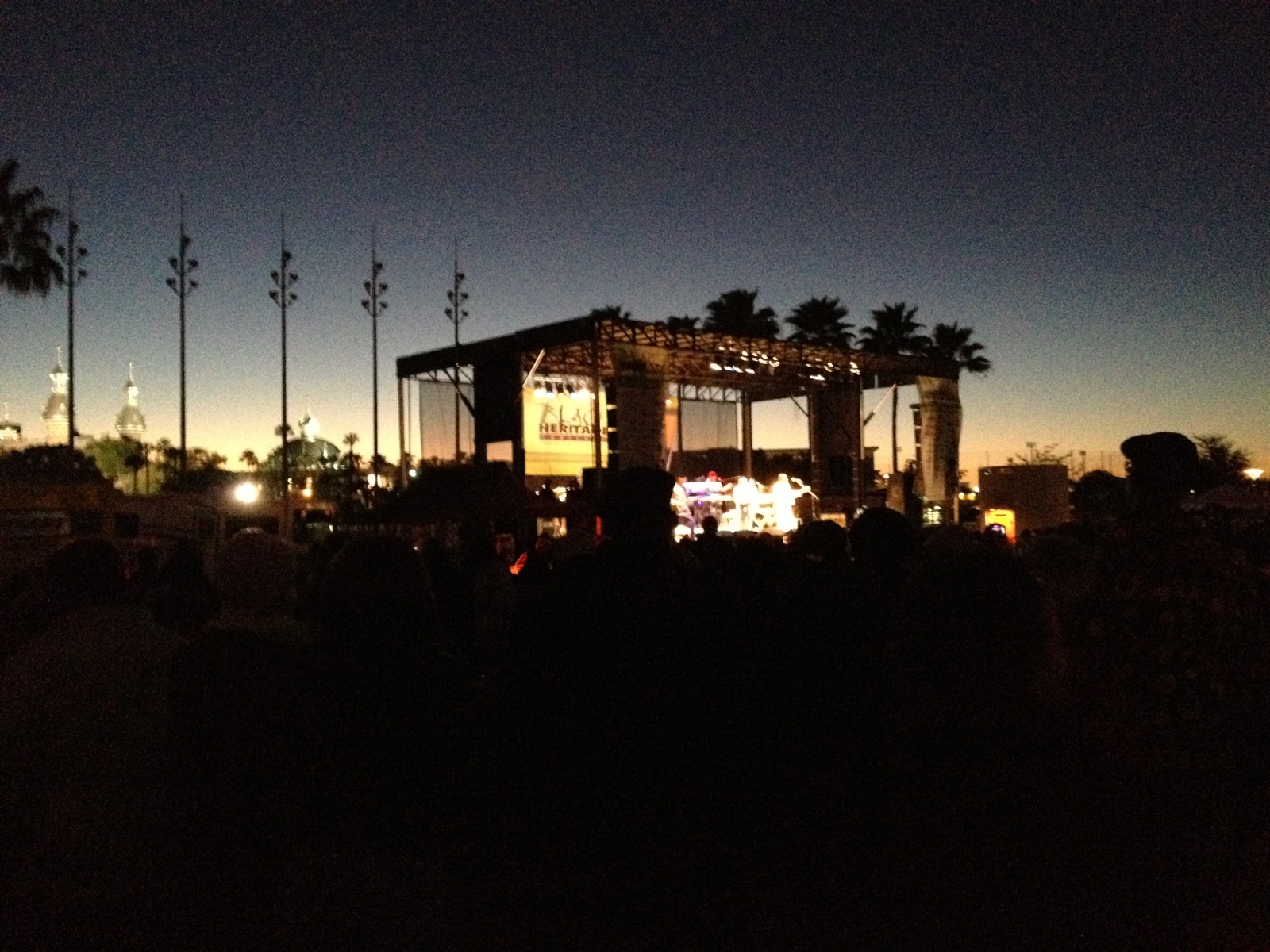 I consider myself to be a pretty adaptable fellow.  I’ve been rich.  I’ve been poor.  I’ve been a minority.  I’ve been a majority.  I’ve lived in both huge cities and small towns… and I’ve made it this far to tell about it.  So when I was confronted with another case study in culture shock last weekend, I jumped at the opportunity.  I wouldn’t have it any other way.

Years ago, I stepped out of my comfort zone to cover a motocross race for Red Bull.  I followed that up with a trip to the annual Florida gun show later that afternoon.  Good times.

While motorbikes and handguns might seem to go hand in hand to some, this time I thought I’d stretch the parameters for a little more contrast:  Monster truck rallies and old school funk with the Ohio Players.

Not to resort to stereotypes but one would imagine that the Ohio Players doling out the funk at the Tampa Bay Black Heritage Festival, a weekend celebrating the legacy of Reverend Martin Luther King, Jr., would consist of a crowd that looking slightly different from that at the Monster Truck Jam later that evening.

I was right but SportsChump is all about celebrating diversity so off I went. 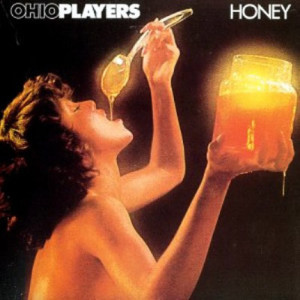 First stop was the concert.  When I first heard the Ohio Players were playing a free concert in downtown Tampa, I immediately circled that date on my calendar.  After all, I’m a seventies guy and the Players, and their sound, symbolized dirty, gritty seventies funk.  Their songs “Fire” and “Love Rollercoaster” both hit number one on the Billboard charts.  Their album covers were suggestive to say the least.

While many of the original band members have passed on, those performing still gave the crowd a spectacularly funkified performance.  Fortunately I brought my boogie shoes for the occasion.  As the sun set behind the stage a mere feet from the Hillsborough river, the crowd danced until the final note, partially to stay warm in the uncharacteristically cold Florida weather but more so because the Players’ music was skin tight. 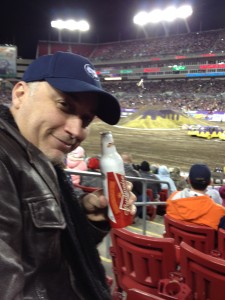 Once the funk fest had subsided, it was off to Raymond James Stadium to see supersized trucks go vroom.

Raymond James seats around 65,000 fans, just not during football season as the Buccaneers have struggled to put butts in the seats the last few years.  Perhaps they should consider bringing in a few monster trucks on NFL Sundays because the stadium was pretty damn crowded on a VERY cold evening.  I’m not sure whether it was the near freezing temperatures or the truck show demographic that brought out the collection of camouflage hats and jackets but it looked like the Army-Navy winter selection had just pulled into to town.  At least everyone was prepared for their deer hunting excursions afterwards.

As the night progressed, I sucked in the overwhelming smell of fossil fuel through my nostrils, converting it into visible breath with each exhale.  The frigid temperature, however, did not stop the crowd from fervently cheering on their favorite machines.

The event began with trucks racing around the dirt track, followed by a freestyle demolition competition, none of which occurred to an Ohio Players soundtrack playing in the background although that would have been cool.  In fact, I’d place a wager that my buddy Felicia and I were the only two people to attend both events that day. 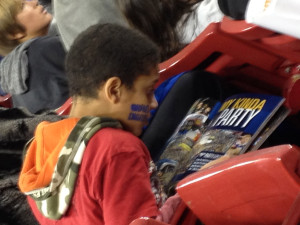 If you’ve never been to a monster truck rally, it’s a sight to behold: huge trucks flying through the air, spinning around in circles deafeningly at top speeds, occasionally flipping over and wrecking their entire frames if they landed from a jump imbalanced.  The show’s Scooby Doo, Iron Man and Captain America trucks definitely catered to a younger audience.  Kids everywhere played with trucks their parents had bought them.  I watched as one face-painted youngster kept his nose buried in the program, peeking up only when he heard the next truck rev its engine.

Funk music is most definitely an art form, a derivative of jazz and R&B but… is monster truck racing a sport?  I couldn’t help but think of the rally as professional wrestling with engines.  It’s cheesy and popularity-based like professional wrestling which can’t be considered a sport by any stretch of the imagination despite the (athleticism?) of its participants. I don’t think it’s rigged quite like wrestling although the fact that Grave Digger wins every time out is a little suspicious. 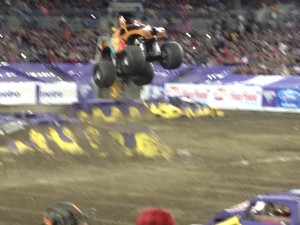 Would a monster truck driver consider him (or her)self an athlete?  They race for points, and fame, and recognition, and money.  Driving those things obviously requires some sort of skill.  Is drag car racing a sport?  Is Motocross?  I think the growth of the X-Games over the years has answered that question for us.  So where do we draw the line?  What defines a sport?

Whether you consider any of these a sport or not, I can tell you the truck rally packed the house.

And somewhere among those two sets of crowds, one kid heard a type of music he’d never heard before and will want to pick up an instrument.  Another kid down the road who had never heard an engine roar that loud will want to grow up and entertain an audience the same way he had just been entertained.

And when good old funk and monster trucks finally come together in a cross-cultural explosion, all I ask is that I be named the event’s Grand Marshall.

22 thoughts on “Grave Diggers and Love Rollercoasters: A day in the life”