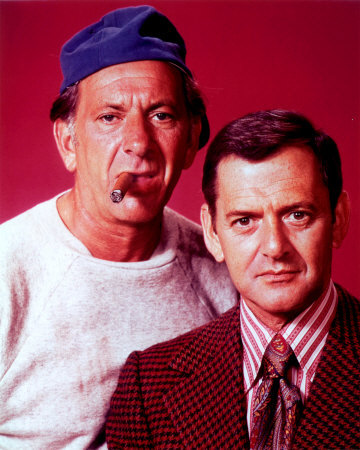 Neil Simon’s The Odd Couple was a play-turned-movie-turned-television-show about two divorced men, down on their luck with nothing in common but their recently broken hearts.  The slovenly sports reporter, Oscar Madison, and the neatnik photographer, Felix Unger, came together to cohabitate in New York City with the play, movie and television series all providing us with countless laughs over the years.

There have been other odd couples in history (Flavor Flav and Bridgette Nielsen come to mind and speaking of the Garden, so do Woody Allen and his stepdaughter) but the one pictured below might take the cake.

Spotted together at a Knicks game, you have rapper-turned-actor 50 Cent seated right next to 18-time Academy Award Nominee, Meryl Streep.  No word as to whether 50 was looking for tips on his upcoming release, Fitty’s Choice, or whether Meryl will try her hand at hip-hop.

Either way, in honor of another one of Hollywood’s oddest encounters, I thought I’d host a caption contest.  Enter your most creative comments below.  The winner of this week’s caption contest will receive some postcards from the edge, the chance to get rich or die tryin’ and of course, fifty cents. 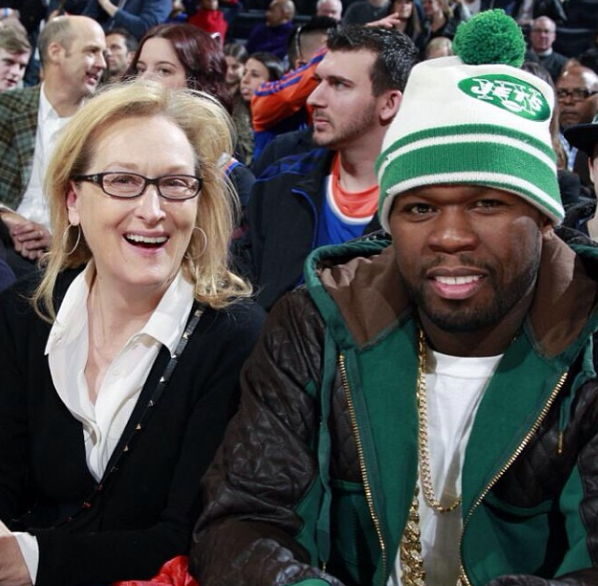 35 Replies to “Just another day at Madison Square Garden: A caption contest”