Millions of sports fans around the world have been counting down the days to Super Bowl Sunday but Florida basketball fans have another far more important day marked on their calendar. 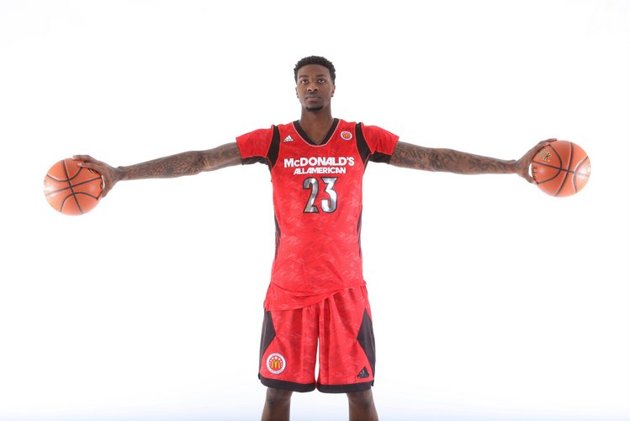 That’s the day freshman phenomenon Chris Walker will finally get to play in a Gator uniform.

Walker is the most highly touted recruit to hit Gainesville in years.  Sure, Joakim Noah, Taurean Green and Al Horford all had famous fathers but any Gator basketball fan that pulled up Chris Walker’s Mixtape highlights did backflips waiting to see what this guy would do when he finally hit campus.

Except they made us wait.

Walker was declared academically ineligible.  In addition to that, he illegally received “preferential treatment” from agents on a recruiting trip (not to Gainesville).  As a result, Donovan couldn’t play him until the NCAA cleared his name.  That has taken months with Florida and Donovan doing their due diligence so as not to risk any NCAA violations.  In the meantime, Walker attended class and sat on the sidelines while watching his teammates jump out a scorching 19-2 start, climbing all the way to third in the AP Poll.

I’m going to try my best not to sound like an absolute homer but this Gator team is undeniably a national championship contender.  They feature a healthy blend of youth and experience.  They are one of the best defensive teams in the nation.  They own the glass and play a very watchable brand of basketball.  Their only two losses this season came to a ranked Wisconsin team and to Connecticut on a last-second buzzer beater.  Both of those losses came on the road. 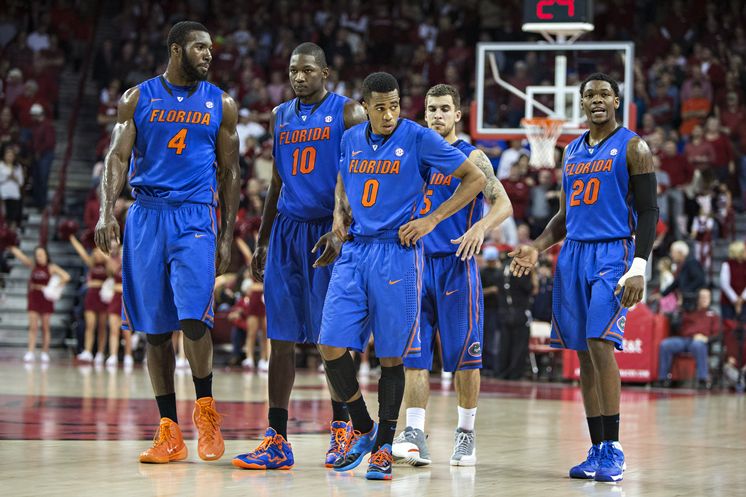 The Gators are disciplined and deep.  They rebound well, they don’t turn the ball over, they play hard-nosed defense and they have a number of players that can create their own shot.  Florida’s last two national championship teams had evenly distributed scoring with all five starters averaging in double digits.  Similarly, this current team has five players scoring in double-digits.  Just the way Billy likes it.

So what does Donovan do now with Walker, a player who might just be the most talented guy on the roster but who hasn’t played a lick?  I’m sure any coach would love to be burdened with the problem of having another quality player but adding such a highly touted playmaker, a freshman mind you, into an already solid rotation could potentially upset the applecart.  Far be it from me to question the coaching decisions of a two-time national champion but playing Walker, which is something that every Gator fan wants to see (the Rowdy Reptiles have been wearing “Free Chris Walker” t-shirts for weeks) is something that Billy Donovan will have to manage… and manage carefully. 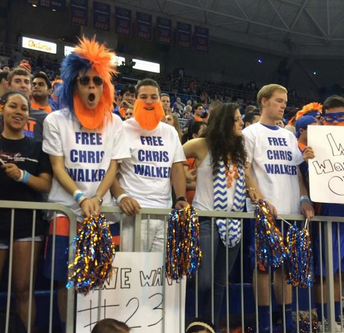 Giving Walker ten, twenty or thirty minutes means fewer minutes for other players who are already a part of this team’s rhythm.

So far this season, the Gators have been decimating conference opponents.   They beat Texas A&M by 33, Tennessee by 26 and Georgia by 22.  Even in close games, Florida never seems to lose control of tempo.  How will the addition of Walker affect this run?

Fortunately all indications point to the rest of the team encouraging the superfrosh’s return even more so than the fans, typical unselfishness of a Donovan-coached team.  Donovan has warned Gator fans not to expect the messiah when Walker finally gets his minutes.  That’s okay.  We’re not listening.

I met Coach Donovan at a pre-season fund-raiser once.  It was 1999, the year they went to the national championship game only to lose to Michigan State.  Incoming freshman Donnell Harvey brought much hype to a lineup that already featured Mike Miller, Matt Bonner and Udonis Haslem.  I asked Donovan whether Harvey was the real deal.  He looked at me jokingly, as if to say “Temper your expectations, young man.”  An unrefined Harvey declared for the draft after that season never to be heard from again.

Donovan is doing the same thing with the hype surrounding Walker.  He’s tempering our expectations.

Donovan will not kowtow to our pressures.  He will do what’s best for the team when it comes to integrating Walker into his rotation.  Gator fans should trust his judgment for if anyone can do it successfully, it’s the man who has already has the hardware to prove he’s up to the task.

19 Replies to “NCAA finally frees Chris Walker: Why the waiting might not be the hardest part”