Not every athlete is as lovey-dovey as LeBron James and Kevin Durant.  Man hugs all around.  The mutual respect these two have for each other borders on nauseating.  “Oh, he’s the greatest.”  “Oh, I’m jealous of him.”  Clearly the Durant-James rivalry is the best in today’s kinder-gentler NBA.  These two, however, are the only two athletes who seem to be getting along.  Everyone else these days has a much less peaceful disposition.

Here’s a look back at some of the more interesting quarrels that made up the week in sports. 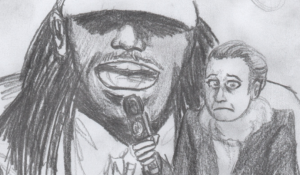 Richard Sherman versus Michael Crabtree:  If there was one thing you heard more than Omaha last week, it was Richard Sherman.  Sherman became a household name the minute he shocked Erin Andrews with his abrupt and unexpected live response seconds after his game-winning play on “a sorry receiver like Crabtree.”  Sherman was all we could talk about for fourteen days.  We found out where he’s from, where he went to school.  Heck, we even knew his high school GPA (4.2).  Sherman later (much later) apologized not for singling out Crabtree but rather for taking attention away from his teammates.  My guess is Crabtree wasn’t rooting for the Seahawks in the Super Bowl. 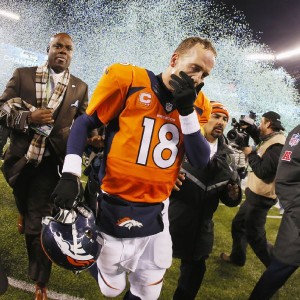 Peyton Manning versus The Critics: Take a drink this week for every time you hear the word “Legacy.”  Just be sure you have a designated driver.  It’s already all anyone can talk about when it comes to Peyton Manning.  What did this loss mean for his legacy?  Never mind that Tom Brady, Brett Favre and John Elway have all lost Super Bowls.  Heck, Jim Kelly lost four of them and he was pretty good.  Peyton’s poor performance in Super Bowl XLVIII was very un-Peyton-like until you consider the fact that he boasts a post-season record of 11-12.  In Peyton’s defense, that Bowl Beatdown can’t be put squarely on his shoulders.  The Seattle Seahawks went to East Rutherford and were not going to be denied their moment in the snow.  Meanwhile, it’s back to the drawing board for Mr. Manning.  The pundits who like to debate where Peyton ranks among the all-time greats will have a field day at his expense. They may even be justified in doing so.  That doesn’t mean we have to listen to them. 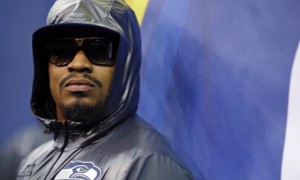 Marshawn Lynch versus The Media: Here’s what I found most ironic about Super Bowl week and the media’s coverage of it.  For weeks, we blasted Richard Sherman for his post-game response in the NFC Championship Game.  Sherman was painted as the bad guy, the mouth that wouldn’t stop roaring.  Yet when his teammate, running back Marshawn Lynch, refused to talk, the media blasted him for that as well.  Lynch has never been one to demand face time, however, his “Ain’t never seen no talkin’ winnin’ nothin’” and “I’m all about that action, boss” might be two of the best lines ever.  What else do reporters want from the guy?  Had they been paying attention, they’d have realized he already gave them two of the greatest sound bites in NFL history. 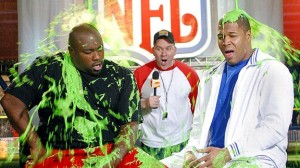 Warren Sapp versus Michael Strahan: So much for the Hall of Fame welcoming committee.  This week, the NFL announced its latest Hall of Fame nominees.  Strahan’s name was on that list.  Sapp, a Hall of Famer whose yellow jacket still has that new blazer smell, questioned whether Strahan would get in on this ballot, suggesting his accomplishments might not stack up.  As usual, the media ran with this story and made it appear as if there was a legitimate beef between the two.  Sapp later explained he only meant that he wasn’t sure whether Strahan’s resume was good enough among the current class of inductees.  Well, it was.  Strahan, like Sapp, became a first ballot Hall of Famer.  Both were dominant defensive football players and now both have been acknowledged as two of the greatest to ever play the game.  Can we please stop talking about it now? 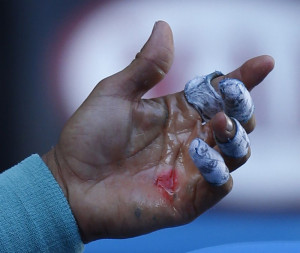 Rafael Nadal versus the fans at the Australian Open: It’s been years since tennis fans have seen anyone not named Nadal, Federer, Murray or Djovokic win a Major tournament.  In fact, prior to this Australian Open, only one man other than those four has won a Major since 2005.  This year, Nadal made it to the Finals but lost to Switzerland’s Stanislas Wawrinka who had never beaten him before.  Nadal was playing that tournament with blisters so bad he could barely hold his racquet.  His left hand looked like as if it was duct taped together.  Apparently that wasn’t good enough for the Aussies who booed the Spaniard after he requested an injury time out.  A closer look at this picture is a pretty solid indication Nadal wasn’t faking.  Let’s keep it classy, Melbourne. 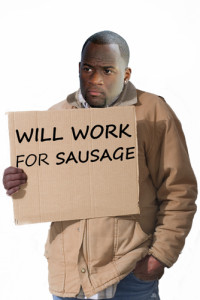 Vince Young versus his financial advisor: Vince Young won a national championship at Texas.  He toppled almighty USC in the BCS title game on his way to becoming the third overall pick in the NFL Draft.  He made over $25 million dollars with the Tennessee Titans alone.  One would think that would be enough to get by but no, not for Vincey.  Young declared bankruptcy last week.  He’s allegedly suing his financial advisor as if he’s the one that told him to spend $5,000 a week at the Cheesecake Factory and no, I’m not making that up.  Apparently someone doesn’t have a problem with lactose intolerance.  Young is now asking a judge to rescind his bankruptcy petition.  To Chapter 11 or not to Chapter 11: that is the question.  I guess that’s as difficult as trying to decide which flavor cheesecake to order. 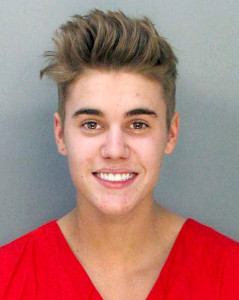 Justin Bieber versus Common Sense: I would only hope that if I were a teenage gazillionaire heartthrob, I wouldn’t do anything stupid that would end me up in the slammer.  No guarantees.  Justin Bieber obviously can’t make that promise either.  Let’s just say the Biebs has had better weeks.  He was first arrested for drag racing his Lamborghini in South Beach (I mean, who WOULDN’T race their Lamborghini in South Beach?).  He was arrested days later for beating up his limo driver.  One more arrest and we’ll give him the Titus Young Award for Bravery.  Hey, at least the Biebs had enough sense to rent a limo.  But seriously, Bieber can’t weigh more than a buck-forty soaking wet which begs the question, how meek was this guy’s limo driver?  Like any celebrity, Bieber received another slap on the wrist and attended the Super Bowl.  Here’s hoping he had an uneventful ride home.

15 thoughts on “A week’s worth of sports squabbles: Super Bowl Edition”