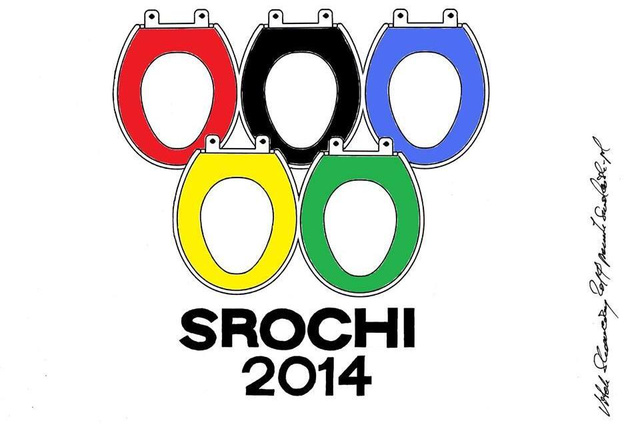 The 2014 Winter Olympics are finally among us yet all anyone can talk about is Shaun White’s withdrawal, the inconvenience of having to share lavatories and the lack of unsafe drinking water in the Olympic Village.

And oh yeah, then there’s Sochi’s mayor who declared his city homosexual-free.  All things considered, it makes perfect sense that Sochi has no accommodations since their leaders clearly have no sense.   Perhaps Mel Gibson, Tim Hardaway and that guy from Duck Dynasty should consider dual citizenship.

Despite the bad press Sochi has received, at least we still have the Games to look forward to.  They couldn’t come soon enough.

To get us ready for the disastrous Olympics that are sure to come, my “suppliers” have been kind enough to submit two different infographics about this year’s Olympics to finally get us talking about what really matters: the games themselves.