You’re going to hear that word a lot over the next few days, just like you tirelessly heard words like ‘thug,’ ‘legacy’ and ‘dynasty’ as this NFL season came to a close.

How do we define it and what does it even mean?

A basketball player shoves a fan.  He was wrong for doing so, right?  Welcome to the front row, Jeffery Orr.  Your fifteen minutes of fame have just begun. 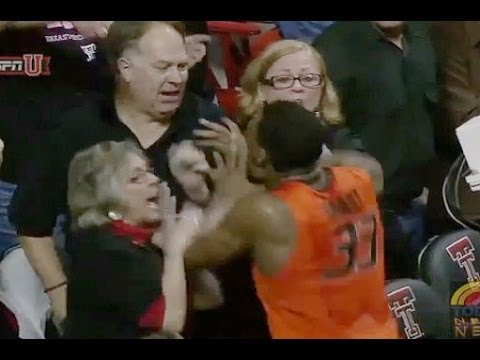 Saturday night, Marcus Smart and Oklahoma State traveled to Lubbock to play Texas Tech.  The ranked Cowboys were losing to the unranked Red Raiders when Smart fouled an opposing player on a fast break in the final seconds of the game.  Smart ended up in the stands.

It was those final seconds, from when the whistle was blown to when Jeffrey Orr got smarted, that Marcus would probably like to have back.

Only Smart, the fan and those in the near vicinity (maybe) know what was said that prompted Marcus Smart to put his hands on Orr and create a moment in college basketball like we’ve never seen.

Social media was immediately ablaze with Ron Artest-Marcus Smart comparisons.  Heck, Artest even offered the kid some of advice, words of wisdom from the NBA’s most famous stands-dweller.

Smart was immediately villainized like Richard Sherman after an Erin Andrews interview.  It would take more than just a fluffy ESPN piece to repair his image.  That or an Orr apology. 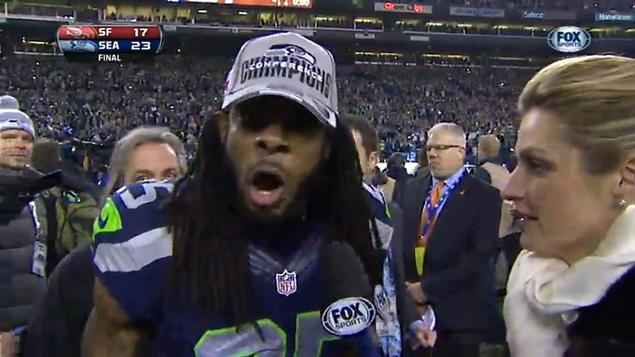 After all, it doesn’t matter what was said to warrant the shove, right?

By some reports, Orr may have dropped an N-Bomb and said Go Back to Africa.  Is that enough to justify a shove?  And on a side note, when are racists going to come up with some new material?  I’m pretty sure Marcus Smart has never been to Africa.

By no means am I defending putting your hands on someone.  Smart may very well have been in the wrong but if someone drops a racial slur towards me, or if I were with any of my African-American friends and someone randomly dropped an N-bomb at them, let’s just say it’d be on… regardless of our NBA draft status.

When times like these arise, those who report such incidents generally show none hence the multitude of accounts blasting Smart without doing their due diligence.  Smart was vilified, another raging, reactionary athlete who got caught up in the moment.

But what was actually said? 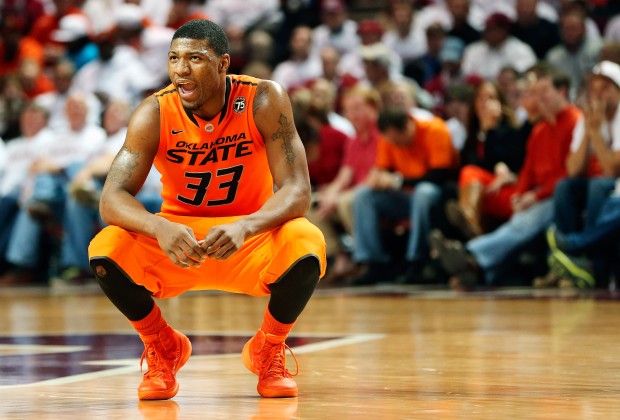 We are all going to formulate our opinions of what happened, however, a few things are for certain.

Spending thousands of dollars on season tickets doesn’t give us the right to say whatever we feel.  Never mind mention the hypocrisy of the racist fan who watches a sport that is played predominantly by black folks.

Marcus Smart may or may not leave college after this year.  He IS NBA-ready, a certain top-five pick.  At least he was before Saturday night.

This incident may or may not change that.

If I’m an NBA coach or GM, I would look long and hard at the character of an individual I’m about to invest my future in.  To me, character means standing up for what you believe in.

Marcus Smart did that Saturday night.

If I see Smart as a man who stands up for himself, he’d be exactly the kind of guy I’d want going to battle with me.

Because of this incident, those who run basketball programs will now take a closer look at who they recruit, as they should.  They should also take a harder look at who buys their season tickets.

23 Replies to “Marcus’ reputation smarts after altercation with fan… but should it?”