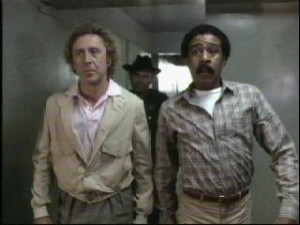 We’ve talked a lot about fandom over the past few months, more specifically when it is acceptable for sports fans to switch allegiances and what rights we have as fans when our teams let us down year after year with piss poor play and hair-pulling, personnel decisions.

If I go to a store, a restaurant, a golf course or any company that provides me with a product or service with which I’m dissatisfied, regardless of how long I’ve been loyal to that establishment, if I don’t feel like they appreciate my patronage, I leave and never return.  Don’t you?

The only area of commerce where that logic does not apply is professional sports… yet perhaps it should.

Here are just a few fan bases that have been getting the short end of the stick from their rather, one-sided relationships: 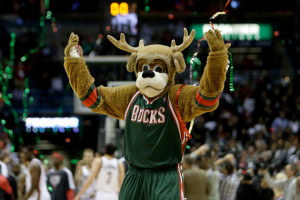 The Milwaukee Bucks have a proud history but that history is so far in their rear view mirror, nobody of this generation, or even the last one, remembers it.  This season, the Bucks are 9-42.  They haven’t won a playoff series since the 2000-1 season and they play in an Eastern Conference that’s been woefully mediocre during that stretch.  I know there’s plenty of beer in Milwaukee to ease the pain but if you were a Bucks fan, why in your right mind would you continue submitting yourself to that torture when the light at the end of your tunnel is barely lit.  Probably because the owner is hoping you’re lit too. 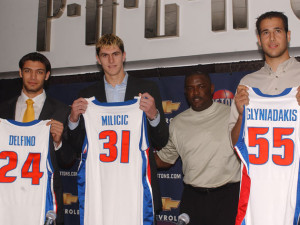 The Detroit Pistons have an even prouder history.  The Bad Boys ran the NBA right before Michael Jordan took over.  They even won themselves a championship in 2004, putting an abrupt end to the Shaq and Kobe Lakers dynasty.  Then Joe Dumars drafted Darko Milicic over Carmelo Anthony, Dwyane Wade and Chris Bosh and the rest is history.  It has been four long years since the Pistons have made the playoffs yet Dumars still calls the shots from his plush, Auburn Hills office.  The Pistons are actually in playoff contention this year but even if they’re lucky enough to squeak in, they’ll likely get swept by a far superior Pacers or Heat team.  The organization recently fired Maurice Cheeks who probably couldn’t wait to leave town.  At least, Detroit fans have baseball and football season to look forward to. 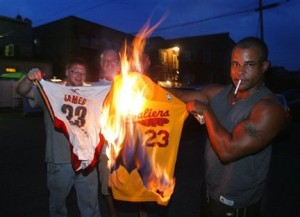 It’s probably unfair to throw the Cleveland Cavaliers into this mix only because it’s like kicking a man while he’s down.  This is an organization that’s still recovering from the loss of LeBron James, not that that’s an easy thing to do.  We’d probably have more sympathy for Cavs’ owner Dan Gilbert had he not blasted BronBron on his way out the door.  Now the Cavs have a new superstar, Kyrie Irving, who’s unhappiness with the organization is also (allegedly) boiling over.  Their other number one draft pick recently made headlines for tallying his first career double-double, which only took him forty games to get.  Cavs fans go to bed every night praying LeBron James will eventually return but the chances of that happening are about as likely as seeing him shovel up the ashes of his jerseys that Cleveland fans burnt when he left town.  He’s gone.  It’s time to get over it. 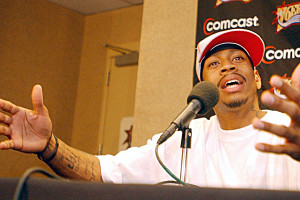 Dr. J is not walking through that door any time soon.  If he did, he’d probably shake his head at was has happened with the Philadelphia 76ers over the years.  The Sixers actually did win a playoff series three years ago, not that anybody remembers.  Nobody has considered this team a serious threat since Allen Iverson talked about practice.  This year’s team just lost consecutive games by forty-plus points!  They must have thought they were the Washington Generals.  They’ve lost their last seven, allowing no fewer than 108 points in each of those games.  No wonder Doug Collins quit last year.  If I’m a proud Sixers fan, it’s only a matter of time before I bring batteries into the stadium. 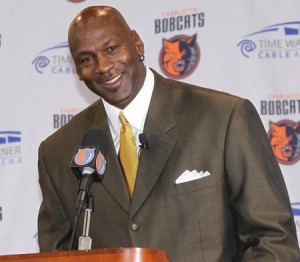 I’d like to give the Charlotte Bobcats a pass considering they’ve only been around ten years but how can one ignore the fact that the greatest basketball player of all time has yet to manufacture a single playoff win as a general manager.  The Bobcats have made the playoffs only once in their existence, that coming in 2009-10 when they got swept by the Orlando Magic.  That was also the only season in their history they finished over .500.  And people say the league isn’t watered down.  As expected, the ‘Cats rank near the bottom of the league in attendance figures.  Fortunately their owner has enough money to cover the cost of mediocrity. 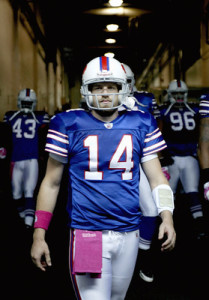 Switching to the National Football League, no discussion of futility would be complete without mentioning the Buffalo Bills.  The Bills haven’t finished above .500 since 2004.  They haven’t made the playoffs since 1999.  I know they’ve been suiting up against Tom Brady and the Patriots for much of that time but even the smartest guy on the set sometimes loses Jeopardy by accident.  The Bills once paid a Harvard graduate $70 million to fix their team.  The only problem was they expected him to do so as their quarterback.  Buffalo fans are among the proudest in the NFL.  They’d have to be for rooting for that team for so long. 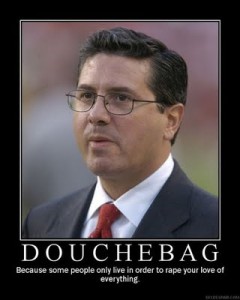 The Washington Redskins made the playoffs two years ago, going 10-6 but that was because they play in a division no team wants to win.  They have an owner who treats his team like a toy he opened on Christmas morning.  They’ve had seven head coaches since 2000.  Their last playoff win came in 2005.  They have a quarterback who may, or may not, be healthy and who may, or may not, have lost the confidence of his locker room.  You know it’s bad when the most intriguing, football-related question to come out of the nation’s capital is whether the Redskins should change their politically incorrect name. 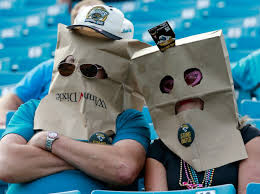 Can someone please put the Jacksonville Jaguars out of their misery?  While those in the area still remember Tim Tebow, the football player, and clamor for the team to sign him, rumors abound about the franchise moving to either Los Angeles or London.  Don’t those cities already have enough pollution?  Do they really need a football team that has managed a combined 11 wins over the last three years and that hasn’t made the playoffs since 2007? 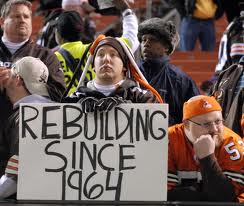 And once again, there’s Cleveland.  With the Cavs, Indians and Browns, it is truly amazing Cleveland doesn’t rank higher on the nation’s per capita suicide rate.  I have a friend who recently proclaimed himself a Cleveland Browns fan.  He grew up in Youngstown so his decision to do so wasn’t all that far-fetched until you consider he’s willingly rooting for the Browns!  I suggested he seek therapy.  The Browns haven’t won a playoff game since… wait for it… 1994.  They’ve been to the playoffs only once since then.  They haven’t finished above .500 since 2007.  Still, Cleveland fans religiously cook up their brauts, put on their dog pound masks and battle the elements every Sunday to cheer for their team.  More power to ‘em.  Perhaps they should seek therapy too. 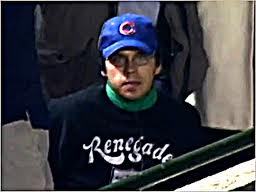 Changing sports once again, it’s about time the good folks in the Windy City stop blaming Bartman for their woes.  The Chicago Cubs haven’t won a playoff game since 2003.  I’m pretty sure Bartman hasn’t been filling out their lineup sheets since then.  Two years ago, this team lost 100 games.  In 2011, the Cubs hired Theo Epstein, who became famous for reversing the curse in Boston, hoping that he’d do the same in Chicago.  As of yet, he has not.  I’m assuming I don’t need to remind you that the Cubs haven’t won a World Series since 1908.  Did it just get quiet in here? 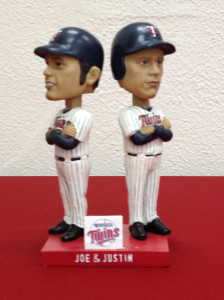 I don’t mean to ruffle the feathers of my good friend, J-Dub, a long-suffering, Minnesota Twins fans who was just waiting for me to include his team, but the Twinkies haven’t won a playoff game since 2004.  Kirby Puckett didn’t even have glaucoma back then.  The M&M boys, Justin Morneau and Joe Mauer, failed to live up to their potential.  Morneau hasn’t seen an All-Star Game since 2010 and now plays for the Rockies.  Mauer makes $23 million a year and has hit a combined 33 home runs over his last four seasons.  This is after hitting 28 home runs in 2009, the year he won the American League MVP.  At least they have good weather up there. 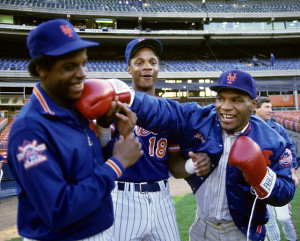 And what fun would this list be if I didn’t afford myself an opportunity to crack on the New York Mets?  This is a team that year after year spends hundreds of millions of dollars to invest in a team that’s out of playoff contention before the All-Star Break.  The Mets last made the playoffs in 2006.  They did make it all the way to the World Series in 2000.  Other than that, they haven’t been relevant since their roster was doing pre-game cocaine bumps in the 1980s.  Fortunately New Yorkers have plenty of distractions, not to mention another baseball team to root for, to take their mind off how bad the Mets really are.  I could easily lump the Knicks in here as well but my arms were getting tired of shoveling.

I could continue but you get the point.

Some teams are just hard to root for.  I’m not suggesting lifelong fans jump ship but I am suggesting that it’s perfectly alright to question the decision-making process and performance of the organization as a whole.

I get that building a championship team requires more than a Sunday out with the guys drafting fake players, eating chicken wings and drinking warm beer.  The hundreds of GMs that been hired and fired in the past twenty years can attest to that. 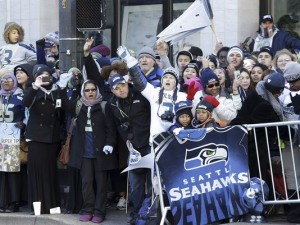 Only one team can win a championship every year.  For everyone else, it’s back to the drawing board.  That being said, with so many irrelevant teams out there, you’d think that even a blind squirrel would find a nut.  I mean, even the Los Angeles Clippers are finally competitive!

No fans honestly expect their team to win a championship year after year.  Expectations vary by city.  But for the unwavering fan bases mentioned above, even relevancy would be a welcome change.  We just saw what happened when the Seahawks brought Seattle its first major championship since 1979.  Those people are still partying.

It takes a lot more than luck to construct a consistently competitive franchise.  We criticize fans for jumping on the bandwagon of teams that are able to do so but after rooting for perennial losers for so long, can anyone blame them?