You guys know how much I like a good caption contest.  I feel they bring out the creativity, and quite often perversion, in all of us.

My most recent caption contest featured one of the oddest pairings we’d seen in years: Meryl Streep and Fifty Cent, sitting together courtside at a New York Knicks game.

This one is even odder than that. 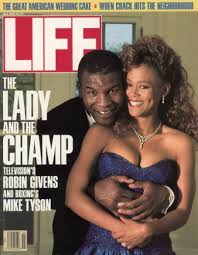 Mike Tyson might be the most dominant heavyweight fighter we’ve ever seen despite his erratic and unpredictable behavior.  From his three-year prison sentence to his marriage to Robin Givens (which was probably just as painful) to his face tattoo (more painful than that even) to biting off Evander Holyfield’s ear (I’m sensing a trend here) to his one man Broadway show to his rooftop pigeon collection, Michael Gerard Tyson has always made headlines.

But who knew he was into abominable snowmen?

Tyson, who does have his own Twitter account, recently launched the picture below into cyberspace.  Tyson was apparently touring, or vacationing, or doing whatever retired, bipolar, heavyweight fighters do while in Lake Tahoe when he ran into what we can only assume is not a real yeti.  But with Mike Tyson, one can never be sure.

So inspire me, sports fans.  The reader who can provide us with the most creative caption below wins not only the opportunity to NOT fight Mike Tyson in the ring but also my permission to speak with a Tyson-like lisp at your next dinner party and of course, another chance to impress us all with your dazzling wit. 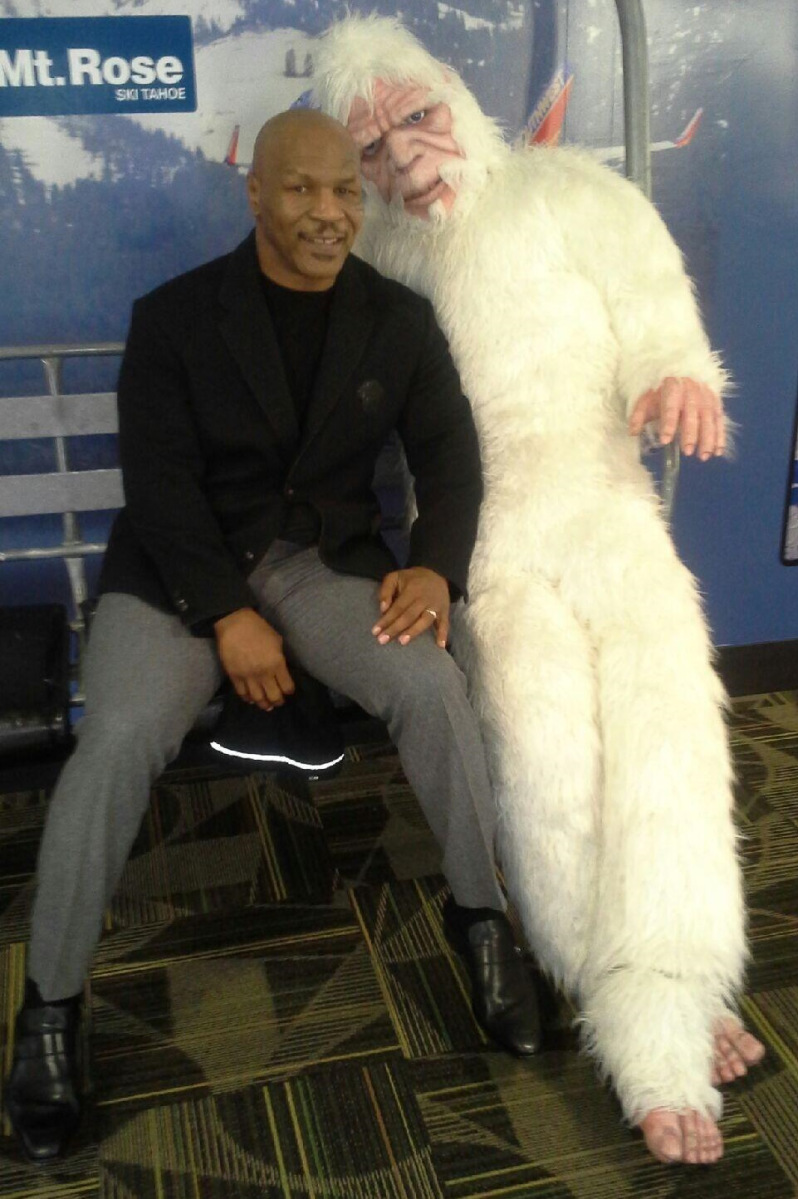