“I brought my pencil.  Give me something to write on.”

“It was my understanding that there would be no math.” 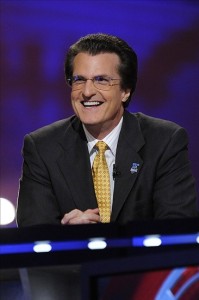 It’s almost draft time, that time of the year where NFL general managers poke, prod and spend sleepless hours breaking down game film of prospects that will ultimately determine their job security.  While Todd McShay, the cleanly-coifed Mel Kiper and the rest of the sports pundits query their crystal balls wondering where each prospect will land, the future booms and busts of the league do whatever they can to ensure their rightful place on an NFL roster.

Running the forty yard dash, bench pressing 225 lbs until your arms quiver and leaping tall buildings in a single bound are all impressive physical feats, however, there is another test future footballers must take to impress the scouts.  And it’s a score that sticks with them for the rest of their lives.

The Wonderlic Test is a written, cognitive abilities exam that each draftee must complete in only 12-minutes time.  It is designed to give those who invest in the future athlete an idea of what kind of brainiac they’re about to employ.  The test contains fifty questions and like any standardized test is riddled with questions that nobody likes to answer.

If you have ever dreamed about making an NFL roster, here’s your chance.  I’ll even spare you the bench presses. 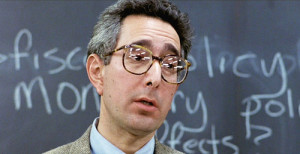 Below is a standard Wonderlic Test.  And before you start panicking that you’re not good at standardized tests, keep in mind Terrelle Pryor scored a 7 on his.  So grab your stopwatch, a pencil and some paper and get ready to see if you’d make the cut or whether you’d forever be labeled an NFL dunce.

Submit your answers to be graded below.  I trust you will honor your fellow test takers by allowing yourself 12 minutes on your own honor system.

FYI, I took the test myself and could not complete it in the allotted twelve minutes.

Good luck and um… my people will be in touch.

1. Look at the row of numbers below. What number should come next?

Is the final one:

The boy wears a hat.

3. Paper sells for 21 cents per pad. What will four pads cost?

4. How many of the five pairs of items listed below are exact duplicates?

3. mean neither the same nor opposite?

7. A train travels 20 feet in 1/5 second. At this same speed, how many feet will it travel in three seconds?

9. The ninth month of the year is

10. Which number in the following group of numbers represents the smallest amount?

13. Three individuals form a partnership and agree to divide the profits equally.  X invests $9,000, Y invests $7,000, Z invests $4,000.  If the profits are $4,800, how much less does X receive than if the profits were divided in proportion to the amount invested?

14. Assume the first two statements are true. Is the final one:

16. A physical education class has three times as many girls as boys.  During a class basketball game, the girls average 18 points each and the class as a whole averages 17 points per person. How many points does each boy score on average?

17. Randolph has 8 ties, 6 pairs of pants, and 4 dress shirts. How many days could he possibly go without wearing the same combination of these three items?

18. John is a mechanic. He makes $8.50 an hour, plus $3 extra for every oil change he performs. Last week he worked 36 hours and performed 17 oil changes. How much money did he make?

20. Arnold is about to go on a 500-mile car trip. His mechanic recommends that he buy a special highway engine oil that will save him 50 cents in gas for every 25 miles of the trip. This new oil, however, will cost $20. Is it worthwhile for Arnold to buy the oil if he has a coupon for $4 dollars off the price?

23. An airplane travels 100 miles per hour. How long will the airplane take to travel 300 miles?

27. How many of the five pairs listed below are exact duplicates?

29. Do the words retire and inspire have opposite meanings, similar meanings, or no relation?

30. Do the words hypothesis and theory have opposite meanings, similar meanings, or no relation?

31. Choose the verb that correctly completes the sentence:

34. Choose the answer that most nearly means the same as the underlined word:

An inaccuracy is a:

35. A synonym of firmament is:

36. Find two words, one from each group, that are closest in meaning.

A. raise and elevate

B. raise and top

38. Which number should come next in the series?

41. Peyton Manning threw for 1,126 yards in his first four games. At this rate, how many yards will he throw for in sixteen games?

42. Which number does not belong?

43. Select the number that best completes the analogy

44. Last year, 12 out of 600 employees at a service organization were rewarded for their excellence in customer service, which was ____ of the employees.

48. If the first two statements are true, is the final statement true?

Sandra is responsible for ordering all office supplies.

Sandra is responsible for ordering notebooks.

14 thoughts on “SportsChump gets Wonderlicious!”