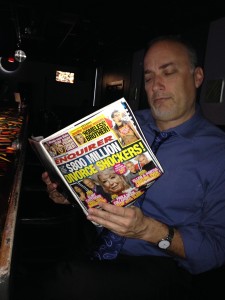 I love a good rumor.

Don’t get me wrong.  I don’t subscribe to The Globe or The Enquirer… although I do give them a quick thumb-through for shits and giggles while standing in line at the supermarket.  Hey, if one of my ex-presidents sleeps with an alien life form, I want to be the first on my block to know about it.

Who in their right mind doesn’t love a hearty spoonful of juicy gossip, regardless of whether or not the story is true?  Did you hear that Susie is sleeping with Phil from accounting?  We’re all guilty of participating in that unruly game of operator with the increasingly-falsified events we pass along having no bearing on our lives whatsoever.  Such conversation provides us the opportunity to live vicariously through (or sit in judgment of) another.

That’s why when a juicy sports rumor comes around, our ears perk up leaving us to imagine what would happen if they actually came true. 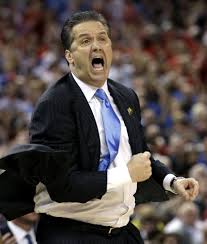 John Calipari to the Lakers is one such rumor.

But back to the rumor mill and those churning it.  The Krzyzewski-Lakers rumors of yesteryear were fun to talk about but we knew that was never going to happen.  Coach K is synonymous with Duke.  And while Coach Cal isn’t exactly the bed-hopper that Larry Brown is, he’s had his fair share of stops before landing in Lexington.

When asked about the Lakers gig, the Kentucky coach responded with the patented “I’m not going to honor such ridiculous rumors” and “Los Angeles already has a head coach” sound-bites… but he’d have to at least entertain the offer, wouldn’t he?  I mean, if it were offered which, of course, it hasn’t been (wink, wink). 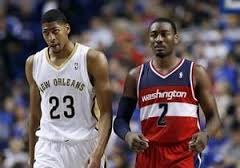 John Calipari currently presides over the most prestigious coaching position in college basketball.  He makes upwards of five million dollars annually and can pick and choose from the most talented high schoolers in the nation.  The guy doesn’t even have to step foot in a living room anymore.  Furthermore, enough of his talent is now in the NBA (John Wall, Derrick Rose, Anthony Davis) that he could potentially woo them to a rebuilding Lakers team, assuming of course he took the job.  At least that’s what the rumor mill tells us.

The Lakers could probably match, if not double, what Kentucky’s paying him and while five mil in Lexington goes a lot farther than seven or eight mil in Los Angeles, it’s safe to say Calipari’s lifestyle wouldn’t suffer all that much with the move to more expensive La La Land.

In addition, nobody in the NCAA seems to like Calipari much or perhaps they just resent him for the success he’s had in bucking the system.  He’s even been unhappy with the NCAA, recently comparing their rule to the old Soviet Union, so why not move to the land of the unlegislated, where Adam Silver rules with a silk glove rather than an iron fist.

Now even the Knicks have “allegedly” reached out to Coach Cal.  How would that conversation go? 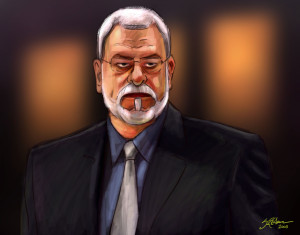 I mean if the Zen Master calls, he’d have to field that phone call as well, wouldn’t he?  We’re not talking about the Bucks or the Kings here, which Kentucky is clearly a better job than.  We’re talking New York and Los Angeles.

So I say let the Calipari rumors commence in all their regalia!

After all, there just might be some truth to them.  This isn’t the ridiculous talk of Nick Saban leaving Alabama.  Saban is 62.  ‘Bama is likely his last coaching job.  Calipari on the other hand is 55 and had only a tease of success in the NBA back in the day.  If he could lead Kerry Kittles, Sam Cassell and Keith Van Horn to the playoffs, imagine what he could do with an aging Kobe Bryant and a clean slate in Los Angeles.

I’m not saying he’s packing his bags.  Far from it.  This is all probably nothing but hearsay.  But if I were a Kentucky Wildcat, I would be very, very concerned.