The upcoming NFL and NBA Drafts are more similar than any we’ve seen in recent history.  In fact, they’re so similar, it’s eerie. 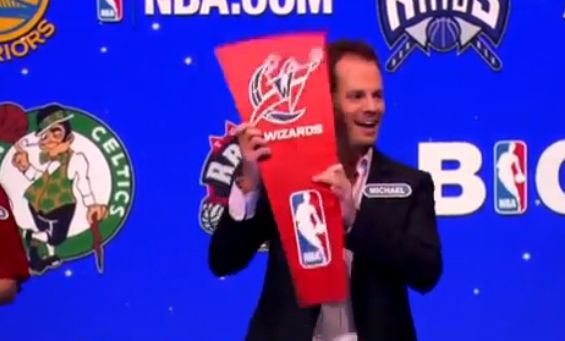 This year, I’ll feel like I’m watching a Wheel of Fortune rerun except instead of the lucky housewife spinning for millions of dollars in fabulous prizes, she’ll be replaced by NFL and NBA GMs and the dollar amounts on the wheel will be replaced by the cut-out faces of future league prospects.

Both drafts, the NFL Draft on May 8 and the NBA Draft on June 26, are laden with talent yet feature no clear cut number one.  There are a number of players in both drafts that warrant consideration for the top pick.

I don’t recall that ever being the case.  More often than not, there is one player that stands above the rest in at least one of the drafts, if not both.  That’s not the case in either draft this year and it should make for some interesting jockeying come draft days. 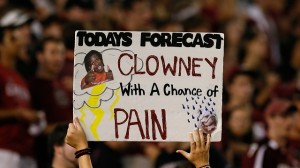 The Houston Texans have this year’s top NFL pick by virtue of their 2-14 record last year.  Since the end of the football season, we’ve heard them linked to names like JaDeveon Clowney, Johnny Manziel, Blake Bortles, Teddy Bridgewater, Khalil Mack and a handful of others.  Not even the most seasoned draft expert knows which one of them will go first or second or even fifth for that matter.  Don’t let them tell you any differently.  NFL War Room lips are sealed and the Texans aren’t about to let anybody know who they’re taking, only that they’re interested in all of them to throw off everyone else in the league.  In fact, it might be safe to say that, only one week away from the draft, not even they know who they’re taking.

Quite similarly, the NBA has a ton of young draft-eligible talent, none that might change the course of a franchise but certainly a few that can make an immediate impact on an already-contending team and many that should have successful careers.  Due to the NBA’s lottery draft, we don’t know who will have the first pick but we know some of the names they’ll be salivating over include Marcus Smart, Joel Embiid, Andrew Wiggins, Jabari Parker, Julius Randle and Doug McDermott.  One can make a legitimate argument for each of them being taken number one. 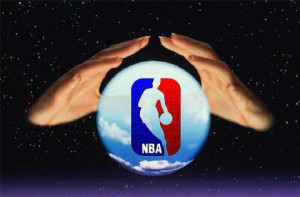 Like their NFL counterparts, only a crystal ball can determine which of those players, or perhaps even one I haven’t mentioned, will have the most prosperous career.

Back to the NFL, JaDeveon Clowney is the man most everyone thought would be the number one pick ever since he nearly decapitated Vincent Smith in the Outback Bowl over a year ago.  He has visited with the Falcons, Lions, Jaguars, Texans, Rams and basically anyone who’s considering drafting him, which is every team in the league.  Only a few will get that chance. 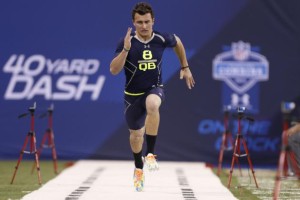 The Johnny Manziel Tour Bus has been just as active with trips to Houston, Cleveland, Tampa Bay, Jacksonville, Oakland, New England and elsewhere.  I’m surprised no airline has contacted these guys to do a commercial.  They must be living out of their suitcases.  They’re cashing in on some frequent flyer miles, that’s for sure.  Manziel could go first, he could go tenth and trust me when I tell you, Mel Kiper’s daily words of wisdom are no help.  Don’t let his never-ending string of mock drafts fool you.  He may watch more game film than anyone else on the planet but he’s getting about as much honest information out of NFL GMs as you or I.

The bottom line is this.  Some of these players will be booms, others will be busts.  What makes the draft such a crap shoot is that, unless you’re name is LeBron James or Andrew Luck, nobody knows for years down the road which is which.

They just spin the wheel and hope for the best.

8 thoughts on “A Tale of Two Drafts”