I’m just having too much fun with this whole Twitter thing. 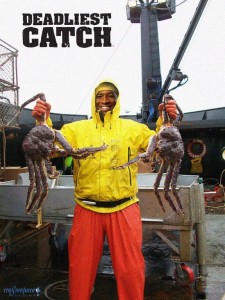 When someone told me Florida State quarterback and Heisman Trophy winner Jameis Winston was cited for shoplifting crab legs out of a Tallahassee Publix, I immediately turned to the social media outlet to see what people had to say.  After all, what kind of Florida alum would I be if I wasn’t able to poke fun at one of our biggest rivals?

The Winston incident finally gave Twitter addicts (Hi, my name is Christopher and I’m a Twitterholic) a break from talking about Donald Sterling but it clearly didn’t stop their creativity.

Ladies and gentlemen, here are some of the top Tweets about yet another poor college athlete who obviously didn’t have enough to eat.

Jameis Winston woke up in a crabby mood. 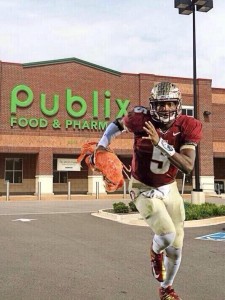 For a measly $16.99 Jameis Winston could have eaten all you can eat crab legs from Red Lobster. Come on, man!

Jameis WINSTON got suspended for stealing crab legs from a grocery store. That has to be the blackest thing to get in trouble for.

Genuinely disgusted with Jameis Winston’s behaviour, how anyone could do that to Publix is unforgivable. 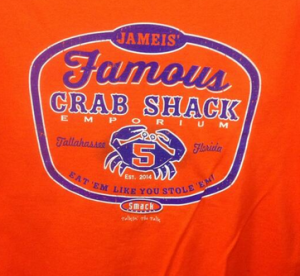 Jameis Winston stealing those crablegs was a very shellfish act. He didn’t think about the conchequences.

The real crime would be if Jameis Winston forgot the garlic butter. #FSU 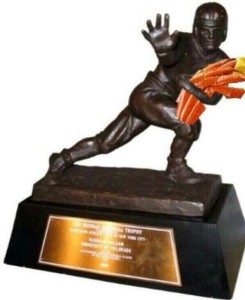 What Jameis Winston’s Failure To Keep Kosher Means For The 2015 NFL Draft:

Jameis Winston was cited for shoplifting $32 worth of crab legs. Ironically, he’d be in even more trouble if a booster bought them for him.

Donald Sterling said to be confused as to why Jameis Winston would steal crab legs and not fried chicken. 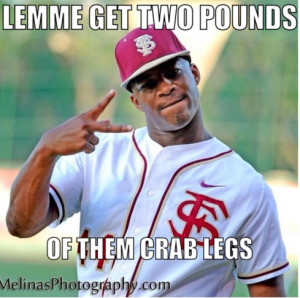 Tallahassee Police are discrediting the story that Jameis Winston stole crab legs…they said he only raped the crab.

Jameis Winston will appear on the covers of both EA Sports “NCAA Football ’14” AND “Grand Theft Crustacean.”

I admire fine seafood police work. Also, the phrases “21 Lump Meat” and “Claw and Order” are the best things I’ve ever heard.

Publix: Where shoplifting is a pleasure

If Steve Spurrier doesn’t take this opportunity to call FSU “Free Seafood University,” I will be EXTREMELY disappointed.

“I fought the claw and the claw won” was sent in by one of my readers and yes, an Alabama super market took a shot at Jameis by adding his name to their own seafood selection. 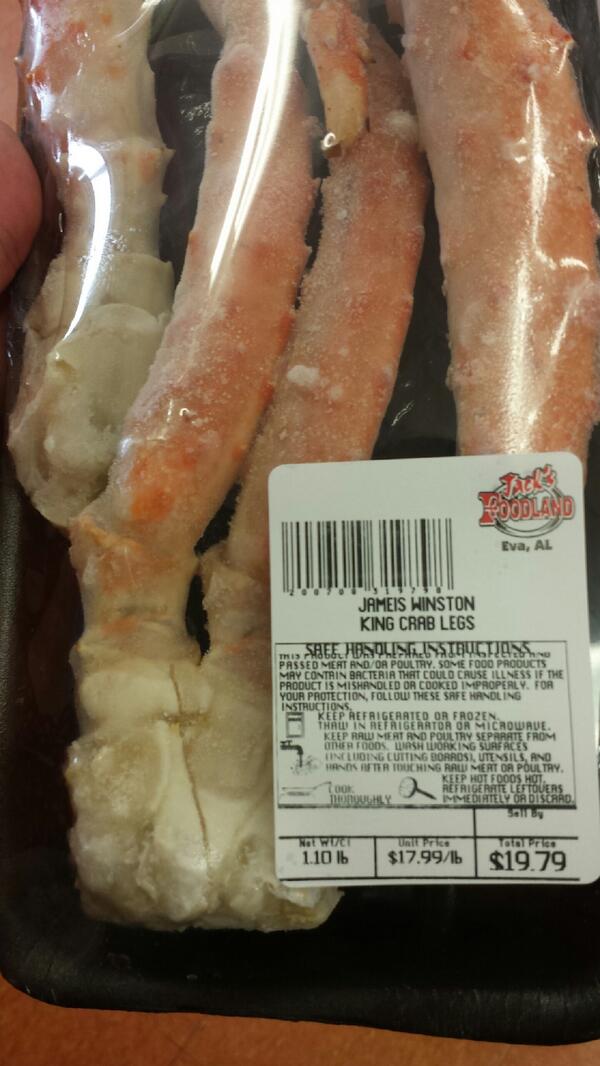