The Clippers-Warriors series has finally ended in a slugfest we knew would go the full fifteen rounds. 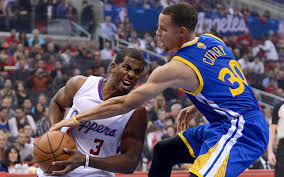 We watched all seven games, glued to our television sets knowing that, in light of the Donald Sterling comments, this series meant far more than just one team advancing to the next round.

The Los Angeles Clippers and Golden State Warriors faced off in a first round playoff series for the ages, one that shouldn’t have been (because both those teams were so good) but one that was meant to be (because of the eventual and unforeseen ramifications of what actually went down).

The Clippers prevailed in seven games.  Had they played fifteen games, the Clippers might have won eight out of fifteen or perhaps the Warriors would have won.  Who’s to say?  The series was so evenly matched and loaded with meaning that’s it difficult to capture what it may have meant to the sport and our culture.

Clearly the statements of one man magnified the significance of an already important series.  His words and corresponding banishment from the league may very well have been a tipping point between the past and future of professional basketball.  The series encapsulated those comments and as a result meant something for every member of every race who has ever been discriminated against. 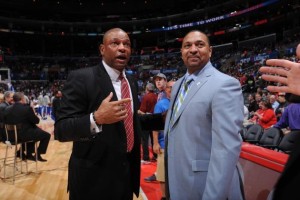 The series featured white players, black players, mixed players, international players.  It featured two old school coaches at the helm, who both played for the Knicks and ironically, the Clippers after being traded for one another, one of whom has won a championship and another who craves one, one who was criticized for jumping ship, another whose job was allegedly on the line if he lost.

It featured physicality and flopping, athleticism and anger, performance and protest.  It showcased four of the top twenty-five players in the league and some of its most marketable and recognizable athletes.  It featured insane offensive numbers combined with intensely hard-fought defense.  It featured dunks and jumpers, blocked shots and hard fouls.  It even featured one final scuffle in the arena hallway after both teams walked off the court for the last time. 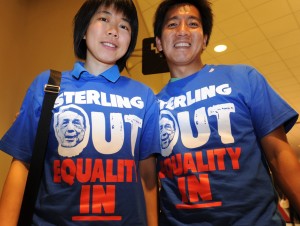 It featured a league under new leadership explaining what it was willing to tolerate and what it would not.

This was the kind of series you had to watch, the series you wanted neither team to lose, the best of the entire first round by far.  We knew it would be good, we just didn’t know it would be THAT good, that significant, that game-changing.

This is the future of your NBA and it is in good hands.

After the Clippers victory, many breathed a huge sigh of relief that the series was finally over.  It will read as just another series in the record books but it was so much more than that.

48 Replies to “The historical significance of the Warriors-Clippers series”