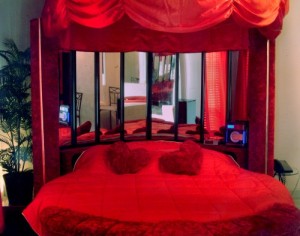 I’ve never been married but I hear honeymoons can be nice.  They’ve got heart-shaped beds, full-body massages and champagne and strawberries fed to you on a whim.

I mean, that’s what happens, right?

Okay, so maybe I’ve been misled.

We often use the term “honeymoon” derogatorily, meaning those who engage in said activity have a short, rather unrealistic period of bliss before reality sets in.

I’ve never been to Cleveland before but I hear they have a fancy Rock and Roll Hall of Fame.  I also understand the city hosts a pretty rabid base of sports fans.

And now they have themselves a brand new quarterback to froth over. 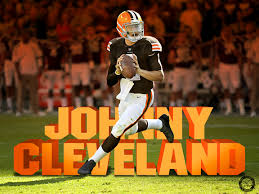 Cleveland is like no other American city its size.  Its sports struggles are well-documented: The Drive, The Fumble, The Shot and The Decision.  They all combine for The Collective Agony.  And now they’re looking at Manziel to become The Savior.

Losing is so ingrained in Cleveland’s culture they’ve come to expect it.  They’re like Cubs fans or Red Sox fans pre-2004, except worse because NONE of the city’s teams have won lately.

The Indians haven’t won a World Series since 1948.  The Browns last won an NFL Championship in 1964 before there even was a Super Bowl.  The Cleveland Cavaliers have never won a title. 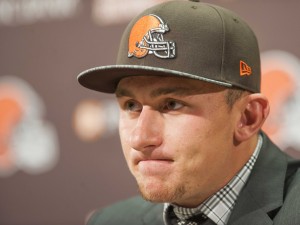 With the arrival of one little man, however, the historically downtrodden Cleveland fan has reason to believe that might all be about to change.  Just ask the Browns’ ticket office whose phones wouldn’t stop ringing to the tune of over 2000 additional season tickets sold within 24 hours of drafting Manziel.

The Heisman Trophy winning, former Texas A&M quarterback was taken with the 22nd pick in the first round in what has been reported to be the most watched draft moment in television history.  Of course, televisions had just been invented the last time Cleveland won a championship.

America’s obsession with Manziel has become Tebow-esque in nature.  Browns fans can only hope their newest play-caller doesn’t suffer the same fate.

The Browns have had umptillion starting quarterbacks since their last pretty good one, Bernie Kosar who left there in 1993.  None of them left any sort of indelible mark on the franchise.  If Manziel somehow leads the Browns to a championship and exorcises a half century’s worth of the city’s demons, Cleveland may implode with a party the likes it’s never seen.  Tears of joy would flood the Cuyahoga River. 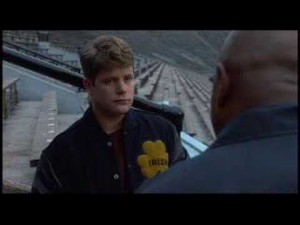 Of course the odds are stacked tremendously against the kid.  To paraphrase Charles S. Dutton in Rudy, “he’s five foot nothin’, a hundred and nothing.”  And trust me, if Manziel ends up bringing a championship to Cleveland, screenplays cheesier than that will hit Hollywood desks by the dozens.

Cleveland brass has tempered expectations since the pick, pretty much saying Manziel will be their opening day backup quarterback, which is akin to the concierge telling a husband and wife they’re out of champagne.  But that won’t stop Cleveland fans from enjoying the honeymoon or stopping to believe.

25 thoughts on “Johnny Manziel and the Cleveland honeymoon”