I recently joined a new, online forum.  As one who runs roughshod through a number of different social media sites to promote my own, I’m always looking to share, but not necessarily impose, my opinions on others.

The new forum is kinda cool.  It’s called Yabberz and it’s just like any other online venue where people can post their thoughts and ideas on a variety of different topics.

The problem I run into when joining said forums is that, as most of you knowledgeable sports fans already know, there are a bunch of nincompoops running around that have no idea what the fuck they’re talking about.

Take for example a gentleman who shall remain nameless yet deserves to be ridiculed not only for his lack of insight about all things basketball but for his improper use of punctuation, capitalization and grammar as well. 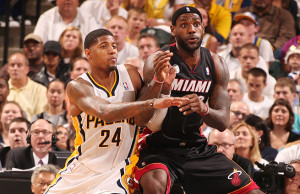 Within days of joining the forum, I’ve found said poster to have released such insightful comments as…

Lebron james in a close out game. 2-10 7 pts. Lebron will retire top 5 but he will never be jordan or magic

This comment came after Game Five which LeBron played on the road, in foul trouble for most of it, and a game in which his team still almost won.  Perhaps our protagonist was only looking at the stat sheet.  That’d be a shame for he missed a good contest.

Side note: if we’re putting LeBron at number three behind (j)ordan and (m)agic, I’d say that’s still pretty good company to be in.

As a heat fan it must be nice to have no competition. This is the weakest era of basketball since the late 1970’s 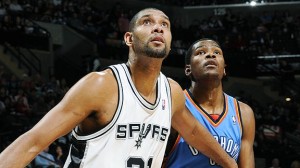 This last statement negates not only LeBron’s accomplishments (and Dwyane Wade’s) but also Kevin Durant’s and Tim Duncan’s.  Last time I checked, those guys are pretty talented.

It also leads me to believe that if this person were old enough to be watching the NBA in the late 1970s, he should at least be educated enough not to make such ludicrous assessments about the current state of the game.  I guess that’s what I get for assuming.

Oh, the internet and its forums can be so entertaining.  It gives every tool with a keyboard and an opinion the opportunity to express a voice that should forever remain unheard.

As sports snobs, we need to do our part to ensure such ridiculousness doesn’t go unchecked.  Join me in my crusade, won’t you?  I promise it’ll make the world a better place.