A customer walked into the bar the other day, a younger guy in his mid-twenties.  After having a series of mini-conversations with him, he appeared relatively baseball knowledgeable, which struck me as odd considering true baseball fans his age are getting harder to come by. 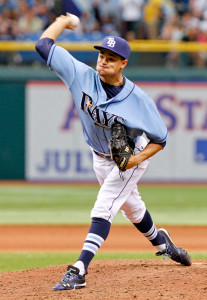 He sipped his beer, tuning intently to the Rays-Yankees game while I tended to the rest of the bar.

A statistic flashed across the screen.  Chris Archer, the young Rays starter, was attempting to become the first opposing pitcher since 1907 to win his first five outings against the New York Yankees.

Curious as to who accomplished this feat over a century ago, the young man took to his Google Machine to look up the answer.

He told me the guy went by the name “Big Train,” chuckling at the nickname.  It soon became clear he had never heard of Walter Johnson before.

I told him to look up some of Johnson’s all-time records.  After discovering that he was the all-time leader in shutouts with 110 and second only to Cy Young in career victories, the young man suddenly gained a new found respect for all things he had never heard of before right there in front of my eyes.

Despite his career accomplishments, however, the Big Train has not a single recorded quality start over his career.

At the risk of sounding like a total old fart, I told my new friend that back in the day, there was no such thing as a “Quality Start,” which sounds more like a Denny’s ad campaign than it does a pitching accomplishment. 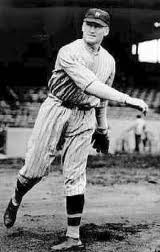 According to Major League Baseball, a quality start is when a game’s opening pitcher completes six full innings while allowing three earned runs or less.  Back in the day, a win was a quality start.  Three runs in six innings?  Walter Johnson would have scoffed at the idea.

Welcome to the softening of America.

In 1946, Bob Feller threw 371 innings for the Cleveland Indians.  That led the league.  In 1971, Mickey Lolich led the Majors in innings pitched for the Detroit Tigers with 376.  Steve Carlton led the Major Leagues with 304 innings pitched in 1980.  That, my friends, is the last time a starting pitcher finished a season with over 300 innings pitched.

These days, if you get 200 innings out of your starter, he gets a pat on the back and a “Hope your arm ain’t broke so we can sign ya’ next year” chuckle while the guys in the front office secretly consider whether his career might be over.

I decided to do a little research to find out exactly when Major League Baseball started paying attention to this number.  Detective Bill James at your service. 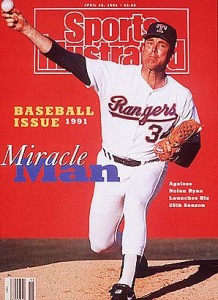 Major League Baseball started keeping record of “quality starts” in 1985, which means guys like Nolan Ryan who pitched nearly their entire career with no run support received no recognition for such a statistic, not that they’d have wanted it.

To me, the quality start just sounds like we’re rewarding people for doing their jobs.  Hey, you didn’t get shelled and made it six innings?  Here’s a gold star.

Did you know that the current active leader in innings pitched is Mark Buehrle.  He’s 133rd on the all-time innings pitched list.  That means that no active player is anywhere close to having the duration of those who came before him.  Not a single pitcher.

I understand that pitchers are investments.  I also understand that arms get tired.  But with athletes these days better conditioned than they’ve ever been (and throwing just as hard, mind you), why are we so obsessed with pitch counts to the point that we need to invent another statistic which bears no meaning?

Can you imagine what pitchers were doing back in the Negro League days?  We can’t because there are no official records but I guarantee you’d need an army to get guys like Satchel Paige off the mound.  In 1884, Old Hoss Radbourn threw 678 innings for the Providence Grays.  Do you know what it would take for a pitcher to throw 678 innings these days?  Three seasons!

If I owned a Major League Baseball team, I’d take every precaution with my pitching staff.  But I’d also want winners, guys I could count on.  I’d choose feel over pitch count every day.  And as the boss, I’d measure a quality start by the effort a pitcher gave me and not by what it said on the back of some new-fangled baseball card.