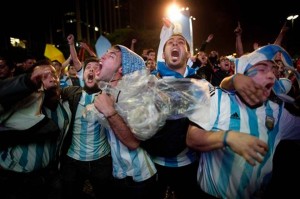 Argentinians took to the streets of Miami this week in celebration of their World Cup semifinals victory over the Netherlands.  Blue and white shirts and flags adorned the streets of South Beach with every last Argentine partying until last call and beyond.

After all, why wouldn’t they?  Their national soccer team is on the verge of their first World Cup title since 1986.

But not everyone in the city to the south was celebrating nor did they have reason to.  The chosen one was about to make another decision, this one not nearly as popular with the locals as the one he made four years ago.

While Argentinians went wild, Miami Heat fans mourned the departure of the one NBA player they could not keep. 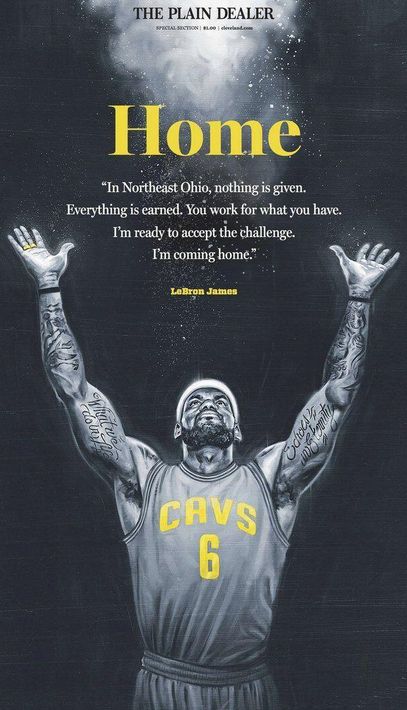 Speculation had run rampant up until Thursday noontime with no media member able to report with any certainty where LeBron would end up.  He was to meet with Pat Riley in Las Vegas.  He was going to the World Cup Finals.  His agent had met with this team and that.  His wife had Tweeted a jpeg of Ohio only weeks ago.  Professor Plum did it with the candlestick in the conservatory.  Nobody, not even LeBron, had a clue.

Or so we thought.

That was until his heartstrings tugged just a little bit, surprising all of those who never thought he had one in the first place.  To quote a fictional, pig-tailed girl from Kansas, “there’s no place like home.”

In an online and rather heartfelt statement given exclusively to Sports Illustrated’s Lee Jenkins, LeBron James told the world that he was “coming home.”  Drunken Argentinians were not available for comment.

After all, why wouldn’t they?

And so an image on the mend begins and so does a new era in Miami.  Chris Bosh has decided to stay with the Heat but that news wasn’t nearly enough to cheer anybody up.  Dwyane Wade has yet to officially re-sign but either way it is unlikely that a team that couldn’t win it all last year WITH the league’s best player will be able to do so without him. 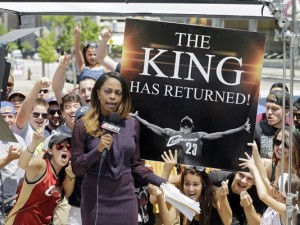 1200 miles due north, Cleveland was all smiles.  Clevelanders took to the streets as if they were Argentinians, confident it was only a matter of time before their inevitable championship.

This time around was different.  LeBron made no bold promises as he did upon arriving in Miami, a move which offended so many.  He tempered expectations through text, saying he was ready for the challenge but you and I both know it’s only a matter of time before he and his cohorts bring a title to a city that hasn’t seen one in fifty years.

Now who will root against LeBron like so many of us before?  Previously he had given us reason to but rooting against Cleveland is like cheering against the Bad News Bears.  It’s just un-American.

So as Argentina prepares for one final soccer game for the ages, two American cities begin life anew, one with a beaming smile on its face eagerly anticipating what’s to come and another wondering whether it was better to have loved and lost than never to have loved at all.