There was once a time not long ago when Ed O’Bannon and Manuel Noriega were the talk of the nation, both for different reasons.  Today they have something else in common. 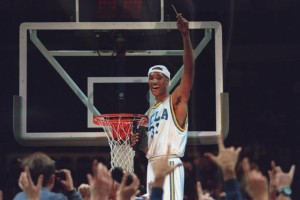 Ed O’Bannon, and his brother Charles, were once all the rage in Los Angeles, a difficult feat for anyone not a movie star or wearing a Lakers uniform.  In 1995, behind Steve Lavin, the two brothers led UCLA to their first national championship since a man named John Wooden redefined college basketball some twenty years earlier.

Not long before that, in another country a little bit to the southeast, a pockmarked general was making news not for shooting hoops but rather for shooting people.

There was once a time in this country when we were obsessed with Manuel Noriega.  As we must always have a bad guy to root against, in the mid-to-late 1980s, Noriega fit that bill perfectly.  Despite the fact that the US government had once financially and militarily supported him as they had so many other Latin American dictators, Noriega soon became public enemy number one.

Ultimately, the US ousted Noriega but this week he’s back in the news for the very same reason we still talk about Ed O’Bannon. 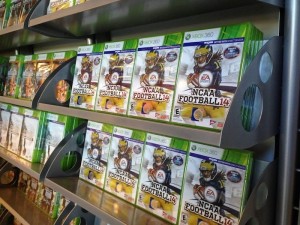 Despite his national championship, O’Bannon is perhaps more famous for having his name associated with a recent and highly publicized lawsuit.  O’Bannon felt that since the EA Sports and the NCAA had once used his likeness to garner profit from one of their top-selling video games, he should be entitled to a percentage of that revenue.  As we all know, college athletes are only reimbursed for their services through tuition, room and board and not through pay.  Meanwhile, the NCAA and the universities that comprise it make billions of dollars off their student/athletes.

After years of courthouse drama and despite a $40 million settlement in the athletes’ favor, the legal system continues to review the O’Bannon case.  A decision in either direction could be groundbreaking.  Manuel Noriega must have gotten that memo for he is currently suing the makers of Call of Duty for using his likeness.  How’s that for irony?

If the courts rule in favor of O’Bannon, Noriega might just have a case despite still serving out his prison sentence.  According to the lawsuit, Noriega “was portrayed as an antagonist as the culprit of numerous fictional heinous crimes, creating the false impression that defendants are authorized to use plaintiff’s image and likeness.”  The video game, one of the most popular around, has earned over $1 billion in revenue.  That buys a lot of skin cream. 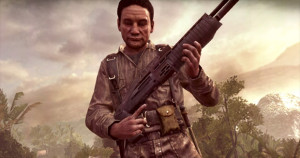 Like the O’Bannon case, on which we may soon have a ruling, it’ll be interesting to see how this whole thing plays out and if the makers of Call of Duty end up reimbursing Manny for his likeness.  This isn’t Monopoly where Noriega can’t collect a check because he’s in jail.

I’m no Law & Order buff but if a judge rules in favor of companies illegally using O’Bannon’s and others’ likenesses illegally, wouldn’t that mean that precedent has been set and that Noriega has a leg to stand on?

Twenty years from now, college sports may look a heck of a lot different than it does today.  A court has already ruled that the Northwestern University football team can unionize.  And we consistently debate over whether college athletes should be more fairly reimbursed for the revenue they generate.

Like Noriega’s strict rule many years ago, the NCAA is a dictatorship that continues to unfairly rule with the support of the US government.  One impending court ruling might mean that’s all about to change.