Well, it was fun while it lasted.

Roger Federer, Tiger Woods and Phil Mickelson have been among the most dominant athletes we’ve ever seen. 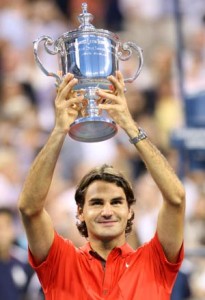 From 2004-2008, Roger Federer was the best tennis player in the world.  He held his sport’s number one ranking for a record 237 weeks.  During that stretch, nobody threatened to knock him off that perch.  He owns 17 grand slam titles, more than anyone else to ever play the game.  Over that four year span, Federer won 11 of those 17 majors.  In a word, he was dominant.

Tiger Woods’ dominance was equally as impressive.  The man once unanimously considered the world’s greatest golfer took the PGA Tour by storm in 1997.  Years before hitting the front pages for reasons he shouldn’t have, Tiger Woods owned golf.  Tiger was so dominant that he currently sucks and is still the talk of golf.  He’s has 14 major titles which include four straight when he corralled the Tiger Slam in 2000-1.

Were it not for Tiger Woods, Phil Mickelson might have owned the golfing landscape.  Mickelson’s five major championships may pale in comparison to his rival but that still puts him in rather elite company.  Only twelve other men in the history of the game have won more.

That being said these three guys are getting a little long in the tooth in sports that don’t allow their athletes to age gracefully.

Federer is about to turn 33.  That’s ancient for a tennis player, particularly when you have competitors named Rafael Nadal (28 and unbeatable on clay) and Novak Djokovic (27 and unbeatable on every other surface) staring across the net from you.  Federer’s last major victory came in early 2012.  He did reach the Wimbledon finals this year taking Djokovic to five sets but alas, the Djoker was the last man laughing.  We all watched and wondered if that was Federer’s last hoorah. 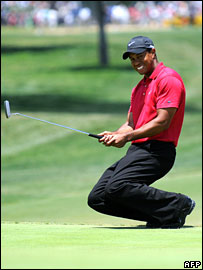 Tiger’s troubles have been duly noted.  Between his personal and health problems, Tiger is a far cry from the golfer we once knew.  This year, he’ll turn 39.  My, how time flies.  It seems like only yesterday he was setting records at Augusta.  Now he’s barely making cuts.  Tiger hasn’t won a major since 2008, the longest drought of his career.  Watching Tiger play the game these days is painful for anyone how remembers who truly dominant he was.

Phil is the oldest of the three.  He just turned 44.  Although Mickelson did just win his first British Open in 2013, he hasn’t won a single tournament since.  He’s currently ranked 13th in the world.

Like Federer with his current nemeses, both Phil and Tiger confront a number of younger golfers who have seized golf’s reigns and are not willing to give them back.  Rory McIlroy just won his third major at the age of 25.  His win at Bridgestone once again made him the number one golfer in the world.  At 35, Bubba Watson is no youngster but he won Augusta in 2012 and 2014 and is playing better golf than both Tiger and Phil.  Adam Scott is the number two player in the world and playing far more consistent golf than the two modern legends.  The major-less Sergio Garcia probably doesn’t belong in the same paragraph as the rest of these guys but he is playing the best golf of his career.  And there are a slew of others that make winning majors a lot more difficult. 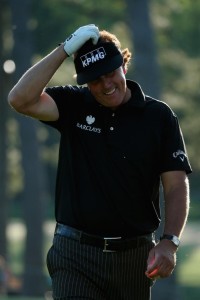 Here’s a statistic for you.  Neither Phil nor Tiger are in the top 35 in scoring average this year.  Nor are they in the top 90 of money earned on the tour.  That would have been unheard of only years ago.  Federer is still one of the top tennis players in the world but cracking the top two may never happen again.

And so we watch wondering how much more these legends have left in the tank.  We’ll tune in and root for them to win just one more major so we can see it happen but realistically it’s something we might never see again.  Just don’t tell them that.

I’m not suggesting these three can’t do it.  Far be it from me to doubt them.  What I am suggesting is that it might be about time we stop expecting them to.